France will face Great Britain and the Netherlands will meet China in the men’s and women’s finals at the wheelchair tennis event in Alghero, Italy. 06 May 2017
Imagen 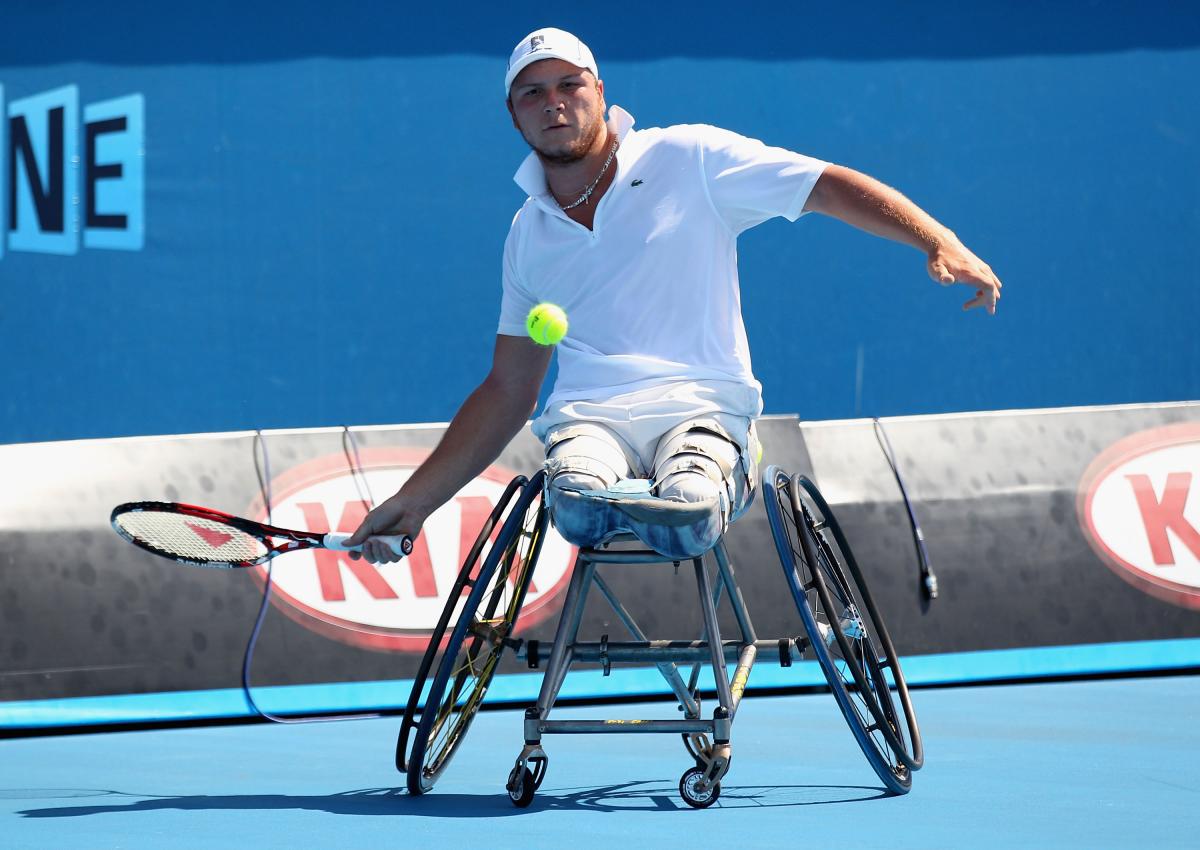 Nicolas Peifer of France plays a forehand in his Men's Wheelchair singles final match against Maikel Scheffers of the Netherlands during day thirteen of the 2012 Australian Open at Melbourne Park.

World No. 5 Nicolas Peifer wasted little time in setting France on the way to a comfortable victory over first-time World Team Cup semi-finalist Belgium with a 6-0, 6-0 win over Gert Vos.

With world No. 3 and Rio 2016 bronze medallist Joachim Gerard sitting out the semi-final, world No. 1 Stephane Houdet did not have a tough time to defeat Jef Vandorpe 6-2, 6-0 and seal the victory that keeps France on course for a possible eighth men’s title.

In a rematch of the 2015 final, France will play second seed Great Britain, whose triumph over Poland in the semi-finals came with few problems for Rio 2016 gold and silver medallists Gordon Reid and Alfie Hewett.

“Tomorrow will be one of our hardest tests and we are both going to need to be on our A-game,” said 19-year-old Hewett. “We are excited to be playing the French as they are the strongest team and top seeds and it would be fantastic if we could pull it out of the bag and cause an upset. Having experienced winning in Turkey in 2015, we are hungry to get another win for GB in this fantastic event.”

For the second successive year China will attempt to deny top seed Netherlands in the women’s final.

Netherlands moved to within one contest of a remarkable 30th women’s title after reaching the final for the 31st time in 32 years with a 3-0 semi-final victory over Switzerland.

More information is available on the International Tennis Federation´s website.