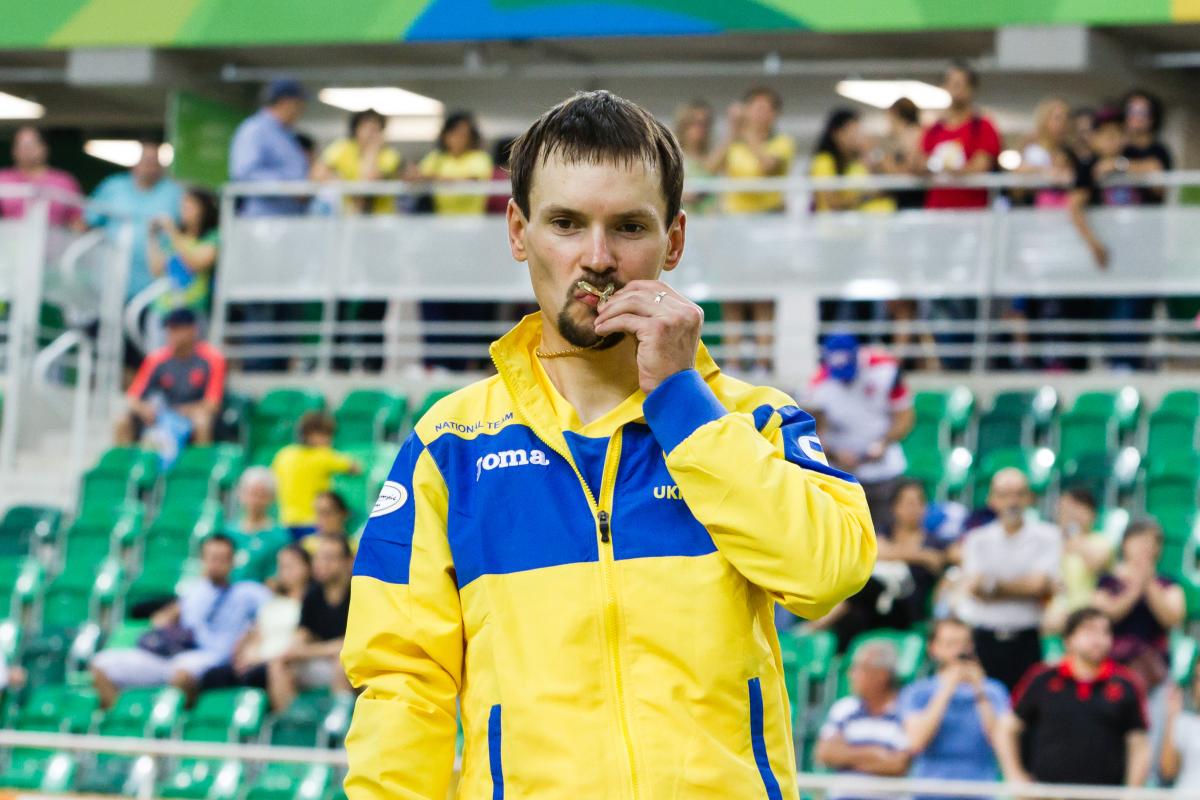 ⒸCicero Rodrigues for the IPC
By Poppy Penny | For the IPC

After winning two golds at Rio 2016, Ukraine’s Yegor Dementyev is aiming to top the podium once again at the UCI Para Cycling Road World Championships in Pietermaritzburg, South Africa, from 31 August-3 September.

At Rio 2016, Dementyev won gold in the velodrome in the 4,000m individual pursuit C5 and on the road in the time trail C5. He hopes to build on this success later this year.

“The main goal for 2017 is the Road World Championships in South Africa. I seek to defend my world title in the men’s time trial C5,” said the 30-year-old.

Ahead of South Africa Dementyev will compete in World Cups in Maniago, Italy, from 11-14 May, and in Ostend, Belgium, between 18-21 May.

He puts his success both on the road and on the track to his perseverance from the end of London 2012, where he won two golds, all the way up to the Rio 2016 Paralympics in Rio.

“During preparation for the Rio 2016 Paralympic Games we combined speed and conditioning training,” he said.

“I want to compete in different events and test myself against many riders,” he said. “I would like to do that alongside professional able-bodied riders. That will certainly help me improve my skills.”

Looking further ahead, Dementyev wants to track his progress heading towards the Tokyo 2020 Paralympic Games, where he will aim to shine again both on the track and on the road.