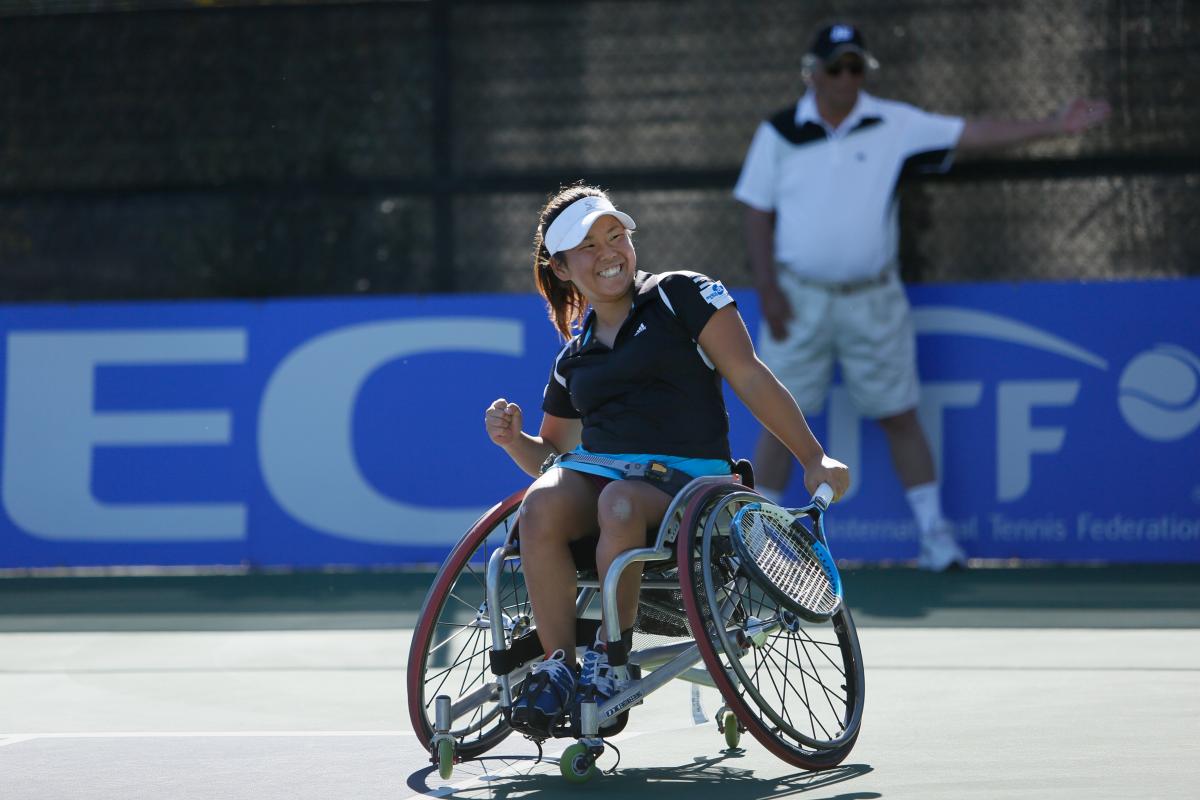 Yui Kamiji won her 22nd consecutive match to claim her sixth successive women’s singles title at the Daegu Open in South Korea on Saturday (3 June). The win makes her a strong favourite for the second Grand Slam of the year, the French Open at Roland Garros from 8-10 June.

Japan’s world No.2 defeated Great Britain’s Lucy Shuker 6-2, 6-2 in the final, rounding off a perfect week for her in South Korea without dropping a set to win her fourth title in her Asia tour. Last January, she also claimed the Melbourne and Australian Open titles.

The 23-year-old has not lost a match since the Apia International in Sydney, Australia, her first tournament of the year, last January, when she was defeated by Dutch player Diede de Groot 7-5, 7-6 (5).

The pair of Sakhorn Khanthasit of Thailand and Manami Tanaka of Japan took the women’s doubles title.

Japan celebrated another title through world No.9 Takashi Sanada, who beat the Netherlands’ No.8 Maikel Scheffers in the men’s singles final to win his first title of the season. Sanada later joined forces with compatriot Takuya Miki to also seal the men’s doubles title.

Australia’s world No.7 Heath Davidson secured the title following a 6-3, 3-6, 6-2 victory over Japan’s Mitsuteru Moroishi in the quad singles final. But the latter took revenge in the doubles, winning the title alongside compatriot Shota Kawano.

Full results can be found on the ITF’s website.