The Seoul 1988 Paralympic Games broke with tradition, as they did not feature the emblem of the International Stoke Mandeville Wheelchair Sports Federation (ISMWSF), but instead used the five Tae-Geuks, the first Paralympic symbol in use from 1988 to 1994. The Tae-Geuks were depicted above a stadium, with a laurel wreath running lengthwise.

On the other side, the medal featured the Gamboori, mascots of the Games, beneath the words “88 Seoul Korea” written in braille. 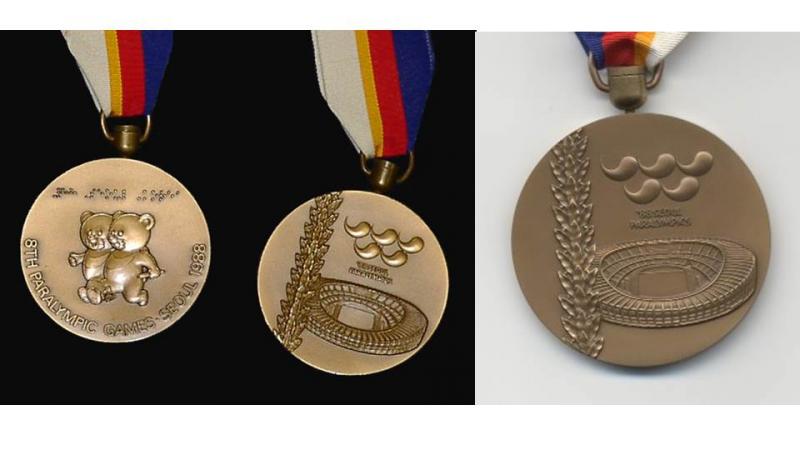