After the tremendous success of Barcelona 1992, and the troublesome experiences of Atlanta 1996, the Sydney 2000 Paralympic Games got the Paralympic Movement back on the track with a sensational showcase of sport.

The momentum of a highly successful Olympics transferred to the Paralympics, and astounding levels of competition, administration and public awareness raised the profile of the Paralympic Games to a new high.

From an organisational point of the view, the Games were outstanding.  The OCOG benefited from a number of shared resources with the Olympics. A record 1.2 million tickets were sold, and many spectators benefited from receiving excellent explanatory guides to classification.

The Games attracted a record 3,879 Para athletes (2,889 men and 990 women) from 123 countries, greater than the number of athletes and countries that took part in the Munich 1972 Olympic Games.  Para athletes took part in 550 medal events across 19 sports breaking more than 300 world and Paralympic records. 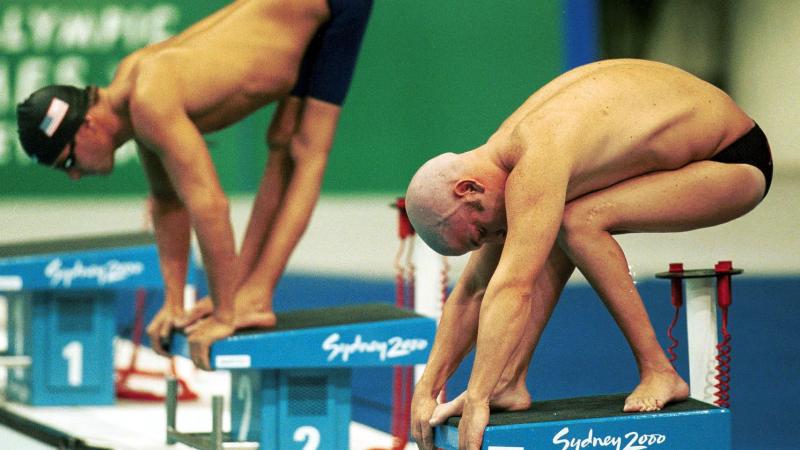 A total of 18 different sports were featured in Sydney, including 10 new powerlifting classes for women and seven new men’s and women’s athletics events.

The relay event commenced with a lighting ceremony at Parliament House in Canberra on 5 October 2000, involved 920 torchbearers, each of whom carried the flame an average of 500m.

The torch visited each capital city by air, as a Royal Australian Air Force Falcon 900 executive jet flew the Paralympic flame around Australia.

The spectacular Opening Ceremony on 18 October was a three-hour affair.

One of Australia’s most decorated Paralympians, Louise Sauvage, lit the Paralympic cauldron, and pop princess Kylie Minogue entertained the fans with a virtuoso performance.

The host country Australia stole the show with an overall total of 149 medals including 63 golds. Great Britain kept pace, finishing second in the medal count, followed by Canada, Spain and the USA.

Jason Wening, a double below-the-knee amputee swimmer from USA, won his third consecutive gold medal in the 400m freestyle, breaking his own world record in the process. He had not been beaten in the 400m in his category since 1991, when he first broke the world record.

After being a demonstration sport in Atlanta, wheelchair rugby made its full Games debut and won huge praise for its fast and physical style. USA edged out Australia 32-31 in a thrilling gold medal match.

More than 2,300 media representatives attended and, for the first time, 100 hours of Paralympic sport was webcast to more than 103 countries, ensuring that those in territories where the Games were not shown on TV could still follow the action.

Nearly 1.2 million tickets were sold for the Games, a new record.

At the Closing Ceremony on 29 October, which featured live music and a showcase of the athletes’ achievements, IPC President Dr Bob Steadward said: “It came as a sheer delight, but no surprise, that you excelled yourselves in hosting our Paralympic athletes to an absolutely outstanding event.

But the Games were not without controversy.

It was discovered that members of the gold medal winning Spanish basketball team for athletes with an intellectual impairment did not meet the eligibility criteria.