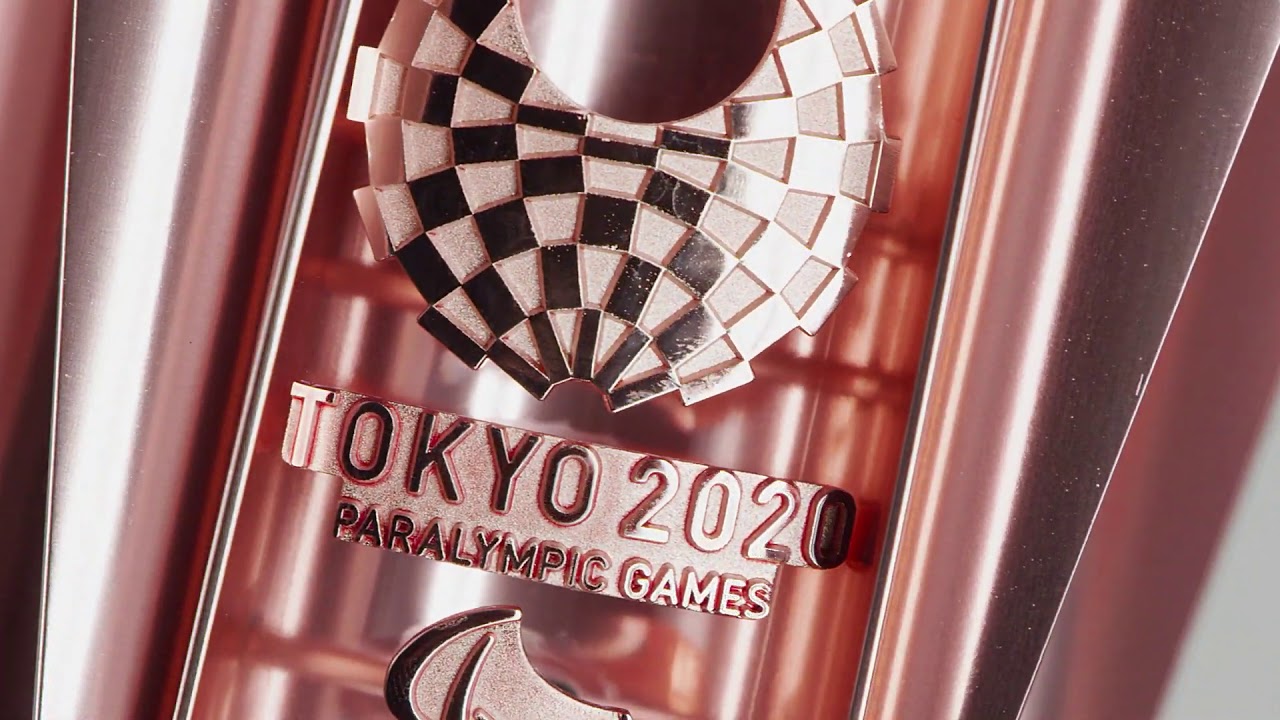 The torch will be lit for the first time in Tokyo in August 2020, based on the “Share Your Light” concept of the Paralympic Games.

Uniting tradition and modern technology, the shape of the torch resembles that of a Japanese traditional “Sakuramon” cherry blossom emblem. The name of Tokyo 2020 Paralympic Games mascot SOMEITY and its design also come from this flower. It was shaped into this form using the same aluminium extrusion technology used in the manufacture of Shinkansen bullet trains.

It forms a seamless, single piece in a form that symbolises the Tokyo 2020 Paralympic Torch Relay, created by fusing Japanese tradition and modern technology.

The manufacture of the torch embodies the spirit of recovery and consideration for sustainability. Aluminium construction waste from temporary housing built in the aftermath of the Great East Japan Earthquake was used to create it, transforming materials that witnessed the rebuilding of shattered lives into a symbol of peace. This will convey to the world the extent to which the affected areas are recovering, one step at a time.

The torch is also designed to depict the shape of a flame. The five flames generated from the petal unite at the centre of the torch, generating even greater brilliance.

The Tokyo 2020 Paralympic Torch Relay will give everyone an opportunity to reflect on a new partnership between people of different backgrounds and abilities, and between people and society, aiming to help everyone appreciate that there is "unity in diversity".

The Tokyo 2020 Paralympic Torch Relay will take place between 13 and 25 August, during the transition period between the Olympic Games and the Paralympic Games. It will comprise the following three parts:

A Heritage Flame Celebration will be held in Stoke Mandeville in Great Britain – the spiritual birthplace of the Paralympic Movement – and flame-lighting festivals will take place at several locations across the host country, Japan, between 13 and 17 August. These flames will also visit schools, hospitals and facilities connected with the Paralympics in each prefecture of Japan.

In addition to the flame-lighting festival and flame visits, torch relays will be held in these three prefectures, each of which will host Paralympic events. Teams of three torchbearers will transport the flame, aiming to boost public interest and support ahead of the Paralympic Games.

The flames from each flame lighting festival and the torch relays from all over Japan will be brought together in Tokyo on 21 August where the official Paralympic Flame will be lit. The final four days of the Paralympic Torch Relay will then commence in Tokyo.