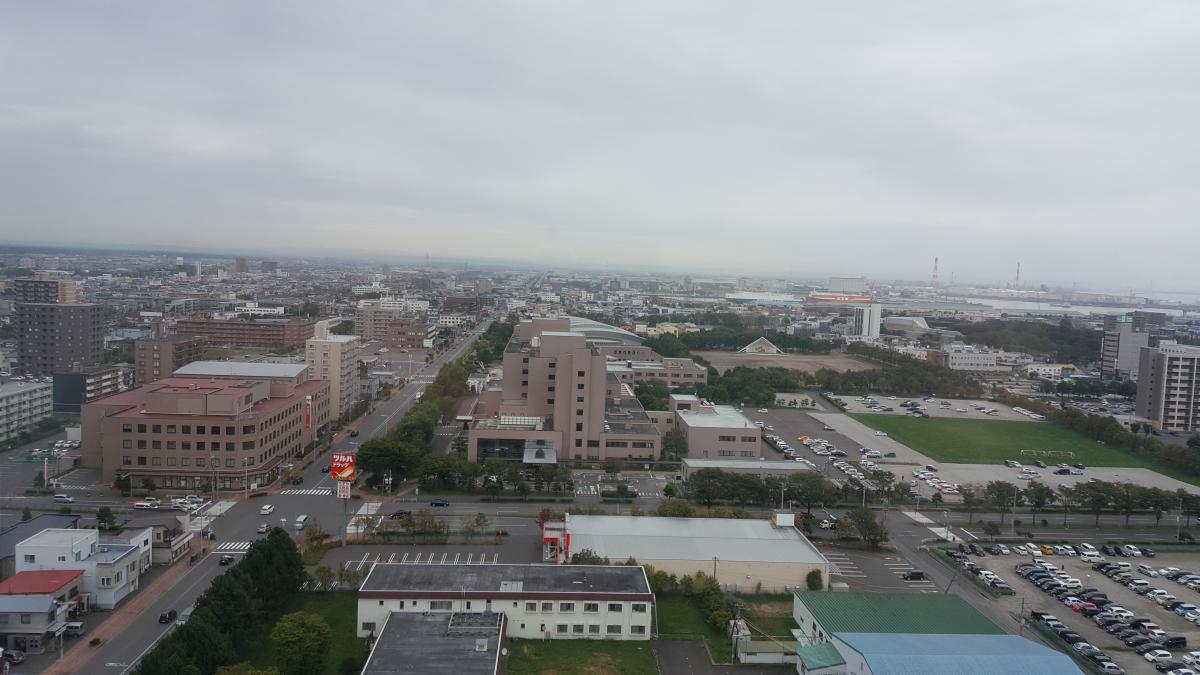 The Hakucho Oji Ice Arena was constructed in 1996 and holds one 60mx30m rink. It is the home of the Oji Eagles ice hockey team.

The city of Tomakomai is located by the Pacific Ocean and has become the fifth largest city in Hokkaido with a population of more than 173,000.

Having the “double ports” – Tomakomai Port which is an international hub port and New Chitose Airport which is the air gateway in Hokkaido in its vicinity and favourable transport access (e.g., railways, national highways and expressways), Tomakomai is a city full of energy, continuing to grow as an industrial-base playing a major role of Hokkaido’s economic development.

The city is also attracting nationwide attention as a base for paper/pulp, automobile parts, metal and other industries, an energy base with an oil storage station and Hokkaido’s largest thermal power plant, and a recycling industry base that will lead the next generation.

At the same time, Tomakomai boasts a nature-rich environment including extensive forests at the foot of Mt. Tarumae and Lake Utonai which is designated as a Ramsar Site.

South Korea and Sweden were promoted to the A-Pool following their gold and silver respectively from the 2015 Worlds B-Pool.

South Korea’s Seung-Hwan Jung was named Best Forward of the tournament, leading all players with 13 goals, 9 assists and 22 points.

Five-time Paralympian Niklas Ingvarsson was named the Best Defenceman of the tournament, leading all players at his position with seven goals and 10 points.

Slovakia won bronze – their first-ever medal on the IPC Ice Sledge Hockey stage – after shutting out Austria 3-0 in their final game.

The World Championships B-Pool in Nagano, Japan, in 2013, drew six teams on the road to Sochi 2014, as the host nation lost to Germany 3-2 in the gold-medal game of the tournament.

Japan’s Takahashi was named best forward at the Championships and the host nation’s Satoru Sudo was named best defenseman, while Poland’s Andrzej Mylnarczyk was picked as the best goalkeeper.

Takahashi led all players with eight goals and an assist in the tournament, while Satoru had four goals and four assists. Mylnarczyk recorded an 82 per cent save percentage during the Championships with 105 saves.