Medals given out to athletes at the Torino 2006 Paralympic Winter Games featured the contemporary logo of the IPC, the three Agitos with “IPC” above them.

The rims were either gold, silver or bronze, with a pictogram of the sport in which the medal was won on a multi-coloured backdrop in the centre.

While the rim on the obverse reads “IX. Paralympic Winter Games” in both Italian and English, the reverse details the discipline in which the medal was won. 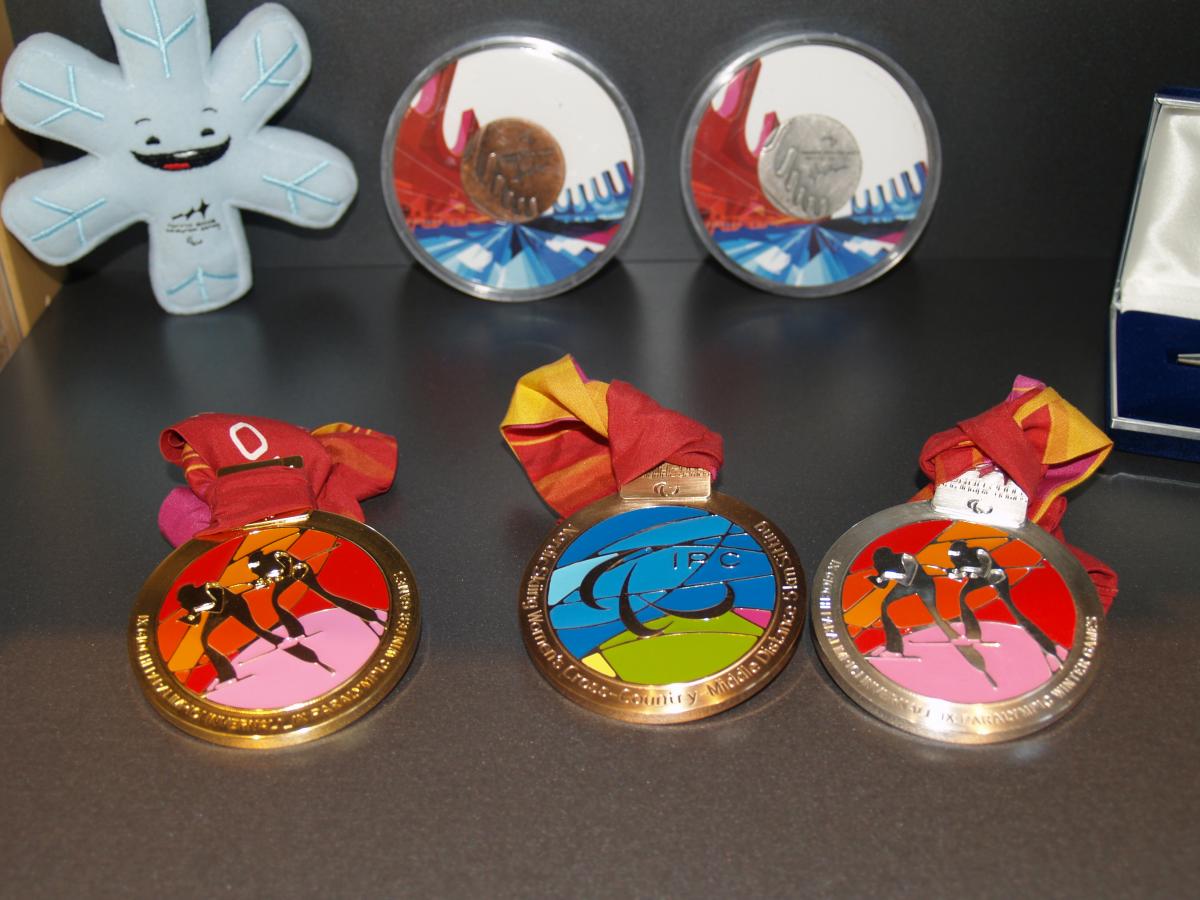