Chris Bond: Training to medal, not just to impress the girls.

Australia’s Chris Bond is sometimes overshadowed by his teammate Ryley Batt, but the 3.5-pointer is increasingly proving to be just as formidable on the Wheelchair Rugby court. 30 Apr 2012
Imagen 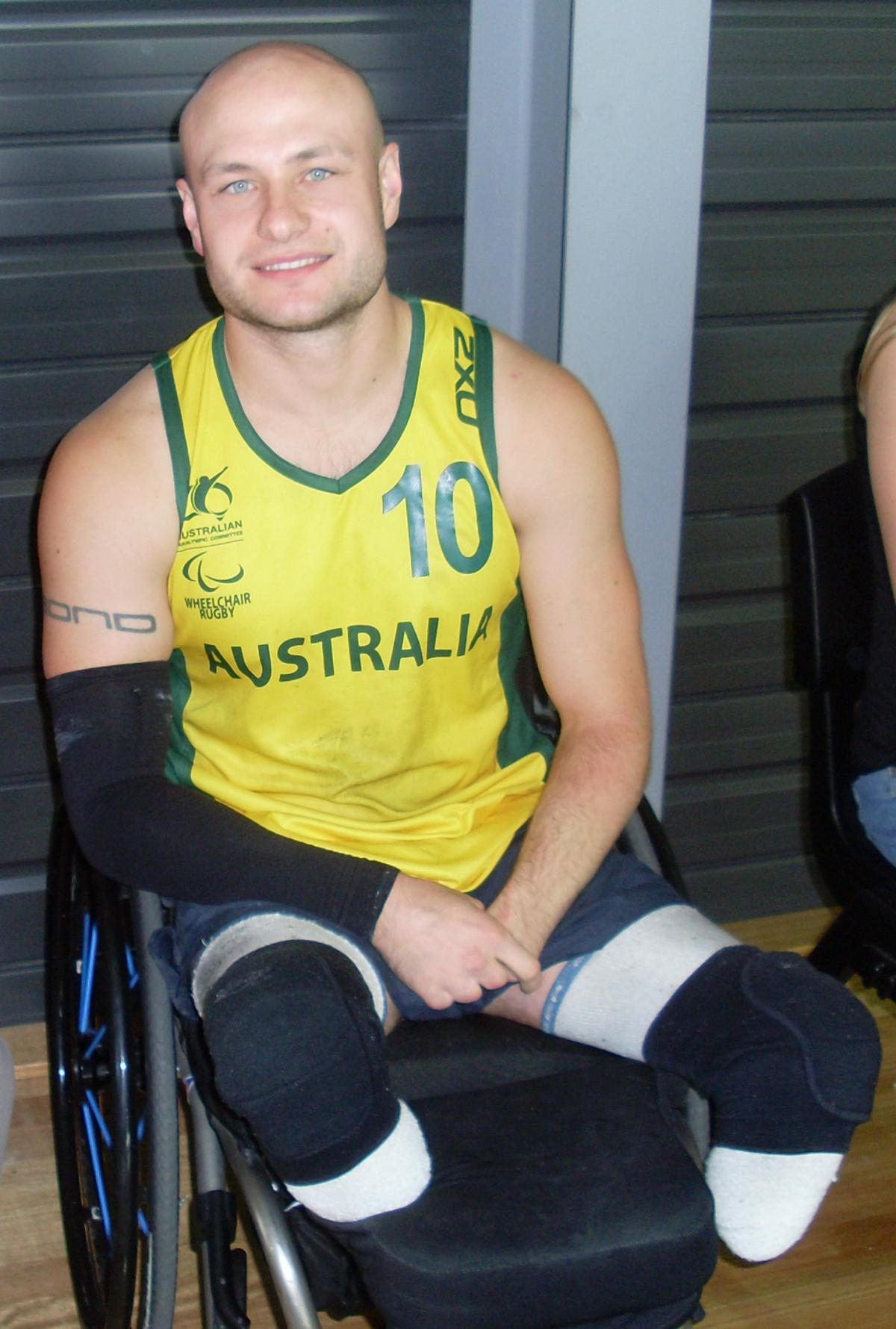 “Once I was well enough to start physiotherapy, get back in the gym, walk again and get used to the new body minus a few fingers, hands and legs, that desire to compete and push this new hunk of flesh to the limits had ignited.”

I wake up some mornings (often sore and tired) and remind myself that I am going to be a Paralympic athlete.

I am going to be representing my country doing something I love in front of a world stage, which is far from what I could imagine only 5 years ago...

I was born with an identical twin brother so everything in my life growing up was a competition, from who our parents loved most, to who scored more tries on the weekend, to who could spread the thickest amount of vegemite on their toast in the morning, we have been in a constant struggle to win... everything.

And I guess this has transcended into my career as an athlete: the desire to win.

I have always loved playing sport and was quite good at all sports, but I never found a sport that I had a passion for competing in which was a shame because I was a very fit and motivated person, and all those chin ups off the shower railings at night went to waste partnering up with the six-pack trying to impress the girls instead of winning medals.

At 19 years old I suddenly felt ill and was rushed to hospital. I had no idea what was going on but my stomach felt like it was going to burst and I had keeled over in pain. After a quick diagnosis, doctors thought I had appendicitis and prepped me for theatres, but it was more severe.

After a better look they told me I had a rare leukaemia and a nasty flesh eating disease going to town on my chiselled body. My family was called in and I wad told I had to have an operation in which I had a 50 per cent chance of surviving, so say goodbye to your family...

Let’s just say the next few years were not my best but once I was well enough to start physiotherapy, get back in the gym, walk again and get used to the new body minus a few fingers, hands and legs, that desire to compete and push this new hunk of flesh to the limits had ignited.

I remember being in a rehab gym at the hospital being in my 20’s and everyone else was over 50 and thinking to myself, ‘I need a change of scenery,’ so that’s what I did, and soon after I was training at the gym of the Australian Institute of Sport (AIS) - a much better environment to build back my strength and test my new rig out.

Not long after that my fitness was improving and a few heads were turning (not just the ladies). I was soon picked up by a swimming coach and that was the birth of my athletic career, training to a program, alongside professional athletes and using a recovery centre.

I now knew I wanted to be an athlete.

Swimming wasn't really my thing but the privilege of training at the AIS kept me working hard. Then one day the Wheelchair Rugby coach invited me to attend a camp. I grew up playing rugby league and loved the thought of chairs smashing together: this could be the sport for me.

Then low and behold after that first crash of metal, I was hooked. After learning the game and getting up to speed with the rules I found it had all the elements of a great sport: the tactics and strategy of chess with the crash and smash of footy!

I had found a sport I really loved to play and that is probably why I have developed so quickly and found myself in the national squad in my rookie year. What pleases me even more is that my teammates feel the same, which is probably why we have had so much success this last year and why we are building and building on strong performances leading up to the London 2012 Paralympics and are toted favourites to medal.

I can’t wait to don the green and gold to show the world what we have to offer and play my heart out come September.

I have always dreamt of representing my country in sport, but I never thought it would be in a wheelchair. Life is funny that way.