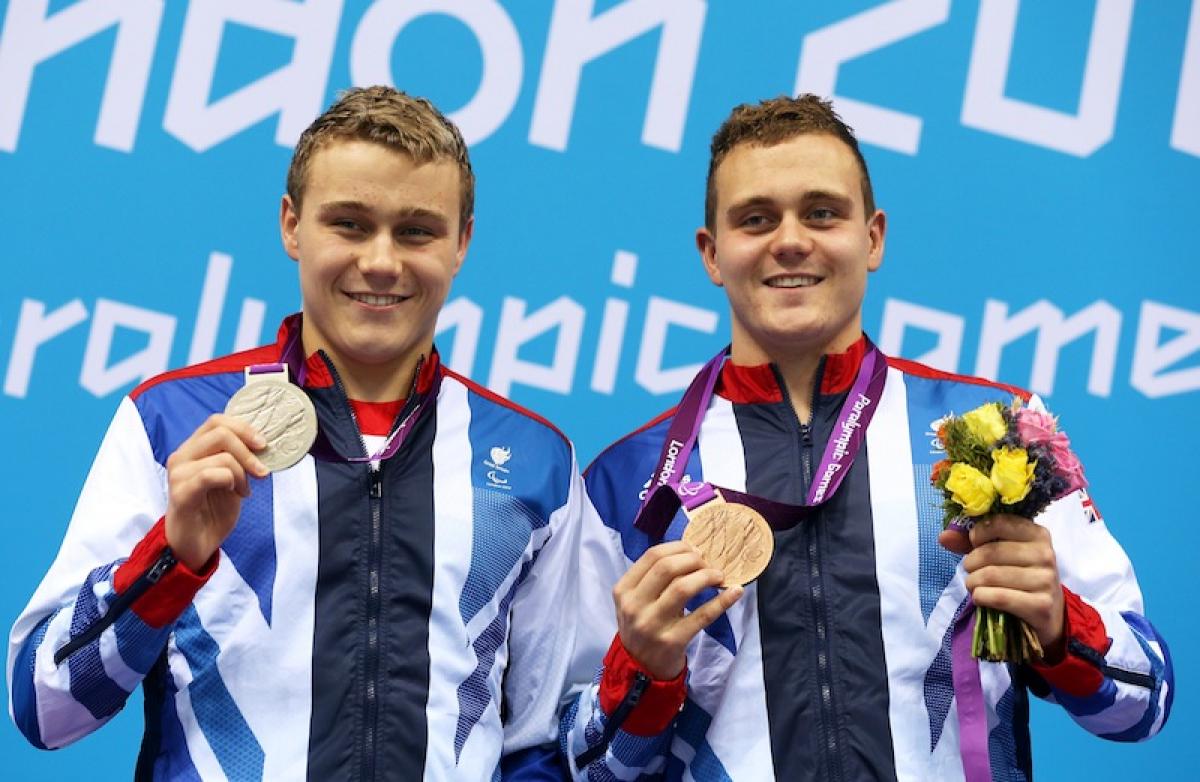 "I remember feeling quite ill with the tension building but also feeling a sense of pride not just for my two sons but for all the Paralympic swimmers competing from all around the world."

Watching your child compete at any Paralympic Games is a proud, but no doubt nerve-racking experience. For Helen Hynd her emotions were two-fold at London 2012 as her two sons Ollie and Sam Hynd went head-to-head in the Aquatics Centre.

Helen recalls to www.paralympic.org what is was like seeing the two swim for gold in the 400m S8 freestyle final.

As any parent knows, cheering on your child at a swimming gala or competition is a sure test of nerves.

But was this going to prepare us for cheering on not just one, but two sons at the biggest competition of their lives – London 2012 – a home Paralympic Games? Hardly!

It was beyond belief to have two sons competing at London 2012, let alone competing against each other.

We arrived at the Olympic Park on 31 August, 2012 full of excitement, but extremely tense. We nervously watched as both boys progressed through the morning heats and then had about six hours tense wait until the anticipated 400m S8 freestyle final featuring my sons Ollie and Sam Hynd.

Proudly wearing our ‘TEAM HYND’ GB t-shirts, we had lots of support from family, friends, staff and supporters in the park. But nerves were building.

We entered the Aquatics Centre just before 5pm; an arena full of pride and passion. The venue was huge and full to capacity and that alone gave you goose bumps.

Our seats were high up, so I guess the dizziness could be partly excused. I remember feeling quite ill with the tension building but also feeling a sense of pride not just for my two sons but for all the Paralympic swimmers competing from all around the world.

A display of such dedication and talent despite adversity.

I remembered the boys being announced onto pool deck and didn’t know whether to shout of cry. We screamed all the way through the race and the noise in the Aquatics Centre was electric – I have never heard such noise ever.

It was very hard to watch both boys in the same race, but very special as they were the only two siblings competing against each other in the world.

Well – 4 minutes and 27 seconds seemed like a lifetime, but what a result - both boys taking medals earning their place on the podium together and a place in the history books.

Seeing both boys on the podium receiving their medals I can honestly say was the proudest moment of my life.

Helen Hynd was an IPC torchbearer during the London 2012 Paralympic Games Torch Relay. At London 2012 youngest son Ollie won one medal of each colour, including silver in the 400m S8 freestyle, a race that saw his older brother Sam take bronze in. 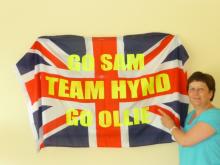 Proud mum Helen Hynd will be a London 2012 Torchbearer