The 2015 IPC Powerlifting Open European Championships, a key qualification stop for Rio 2016, will be held in Eger, Hungary, from 24-28 November.

Featuring around 150 athletes from 25 countries, the event is organised locally by the Hungarian National Paralympic Committee and will take place in the Hotel Eger & Park.

The competition will also feature the continuation of the sport’s anti-doping campaign – Raise the Bar – Say No! to Doping. In 2014, around 800 athletes and support staff took part in education courses at various competitions around the world.

In 2015, the project will aim to keep awareness high by providing educational materials and seminars to lifters and teams.

The city of Eger

The city of Eger has previously hosted two national IPC Powerlifting open competitions as well as European Championships for other sports.

It is the second largest city in northern Hungary and is famed for its castle, thermal baths, food and drink.

Eger is a paradise for historical sightseers and contains around 200 historical monuments. In addition to all of these attractions, it is a picturesque place with a small, pedestrianised town centre that features many brightly painted houses with iron balconies lining narrow, twisting streets. Ornate lampposts and hanging baskets of flowers decorate the cobbled lanes. 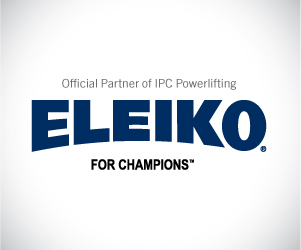