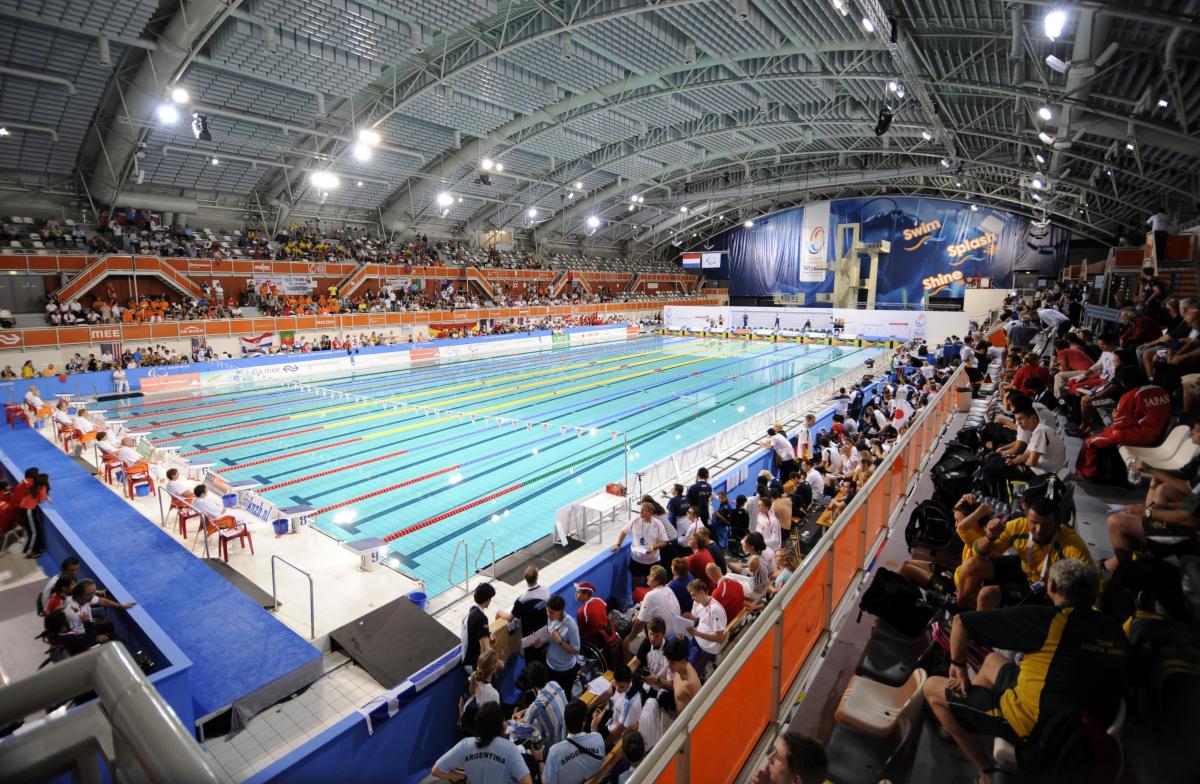 The 2014 IPC Swimming European Championships were held from 4-10 August in Eindhoven, the Netherlands.

Around 400 athletes from nearly 40 countries gathered looking to put in strong performances ahead of the 2015 IPC Swimming World Championships in Glasgow, Great Britain, and two years into their preparations for Rio 2016.

The Royal Dutch Swimming Federation as the Local Organising Committee (LOC) was very proud to welcome the competition to Eindhoven, following on from the 2010 IPC Swimming World Championships which were held at the same venue - the Pieter van den Hoogenband Swimming Stadium.

As the largest city in the south of the Netherlands, Eindhoven offers a wide variety of cultural and historical activities including museums, arts and sport such as the renowned contemporary art museum Van Abbe and music centre Frits Philips with its superb acoustics. Furthermore, Eindhoven is a very green city with outstretched parks and far more trees than any other large city in the country.

In recent years the city has provided the backdrop for sport events like cycling's ProTour time trial, and is home to one of Europe's most famous football clubs - PSV Eindhoven.

With approximately 217,000 inhabitants, Eindhoven is the fifth biggest Dutch city. However, the economy of the Eindhoven region is the second largest in the Netherlands.

Its central location within Europe makes Eindhoven, and surrounding areas, an excellent place for any major event.

Important European cities such as London, Paris, Berlin and Brussels are reachable within a short travel distance. With Eindhoven Airport, Amsterdam Schiphol Airport, a modern train station and an advanced highway network, anybody can find a convenient way to come to the city.

The Netherlands may be small in size, but that also makes it a very compact country, offering more possibilities per square kilometer than you can find anywhere else in the world! But there are more reasons why the Netherlands is such a fantastic destination for the 2014 IPC Swimming European Championships.

The Dutch open and tolerant character is very much evidenced by its hospitality. Although Dutch is the official language, most people also speak English, German or French. As any visitor to this charming land can attest, the Dutch truly enjoy contact with people from abroad and will make you feel at home in no time at all.