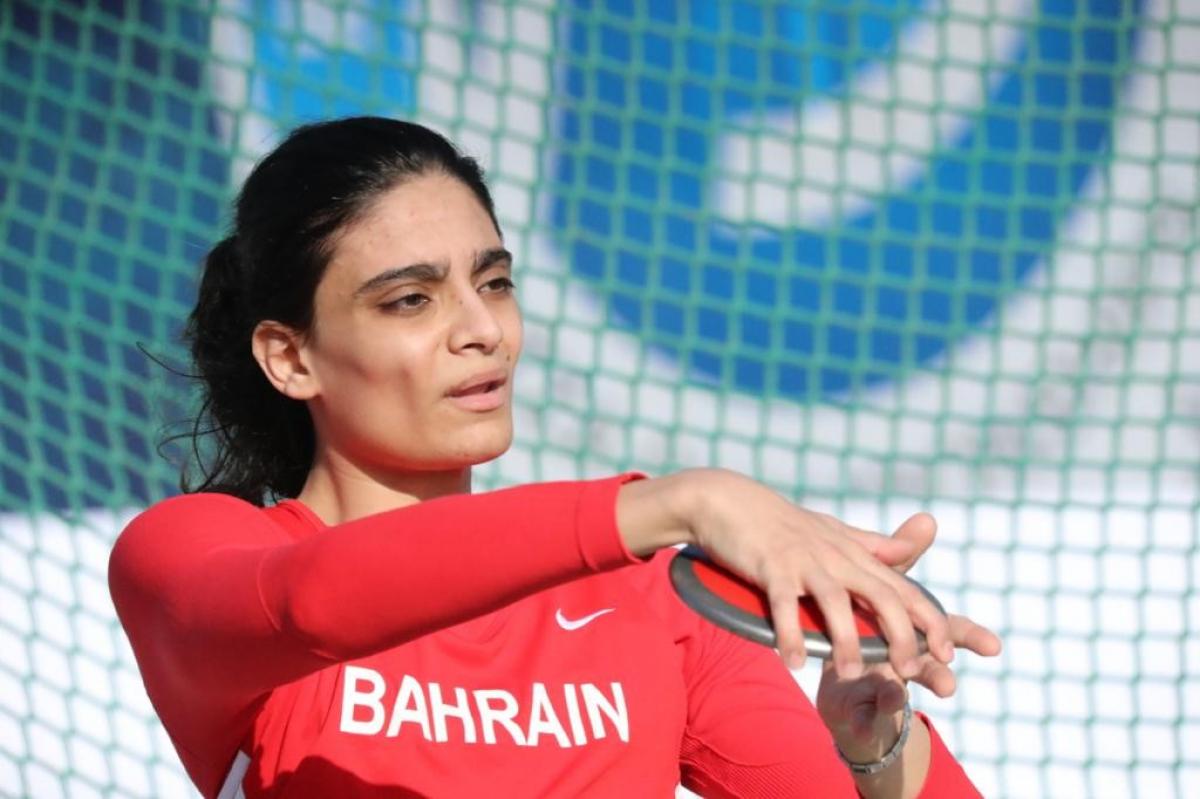 Rooba Alomari will be leading her country's challenge in ladies discus throw F55 category at the Tokyo Games.
ⒸBahrain NPC
By Mufeed Rizvi | For the IPC

Bahrain started participating at the Paralympics in 1984 and since then they have accumulated 10 medals, including two golds, three silvers and five bronze.

Bahrain won its first gold medal four years later in Seoul, with Khaled Al Saqer winning the men's slalom in the 1A category. His compatriot Ali Alhasan took bronze in the same event, while Adel Sultan took a silver medal in the 100m.

In 1992 at the Barcelona Games, Al Saqer carried his form and won the country's only medal, a bronze in the discus (THW2-3).

Bahrain then went dry without a medal in the next Games in Atlanta, Georgia, USA but at the Sydney 2000 Games, thanks to Ayman Al Heddi and Ahmed Kamal, they obtained a silver and a bronze, respectively, in the discus and the shot put events. At Athens 2004, Ahmed Meshaima managed a sliver in the shot put (F37).

The next two Games in Beijing and London they couldn’t make it to the podium, but Fatema Nedham broke the jinx at the Rio Games with a gold in the women's shot put F53 with a throw of 4.76 metres.

In the process, she also became Bahrain’s the first female Paralympic athlete to win a medal at the Paralympic Games. And was also the third Bahraini woman athlete to ever participate in the sporting showpiece.

At the forthcoming Tokyo Paralympics, scheduled to be held between August 24 and September 5, Bahrain Paralympic Committee (BPC) will be fielding two athletes but are confident of their medal prospects.

The two athletes, who have qualified for the mega event – Rooba Alomari and Meshaima - will be taking part in discus throw F55 and Javelin F38 events, respectively.

Bahrain Paralympic Committee secretary general Ali Al Majed asserted that the two athletes are not there to just make the numbers but are their best bet for a medal at the Paralympic Games.

“We are very excited that we are able to be a part of this huge event and believe that the two qualified Bahraini Para athletes will do their very best. We have faith in both our Para athletes and with God’s will, both will bring a medal home,” said Al Majed.

At Rio 2016 too, Bahrain had fielded two women Para athletes, Alomari and Fatema Nedham. The latter won gold in London 2012 and Rio 2016 Paralympics in the women's shot put F53.

With the Paralympics postponed from last year due to the coronavirus pandemic, athletes around the world faced difficulties in preparing for Tokyo 2020.

“It was difficult due to the circumstances, but our champions are working hard in preparing themselves for the event,” Al Majed said.

With most events cancelled due to COVID-19, there was a dearth of international events across the globe. However, the BPC did everything in their stride to provide international exposure to the selected athletes. Although the events were not enough, Al Majed felt the activities in the last four years were enough to prepare for the forthcoming event. 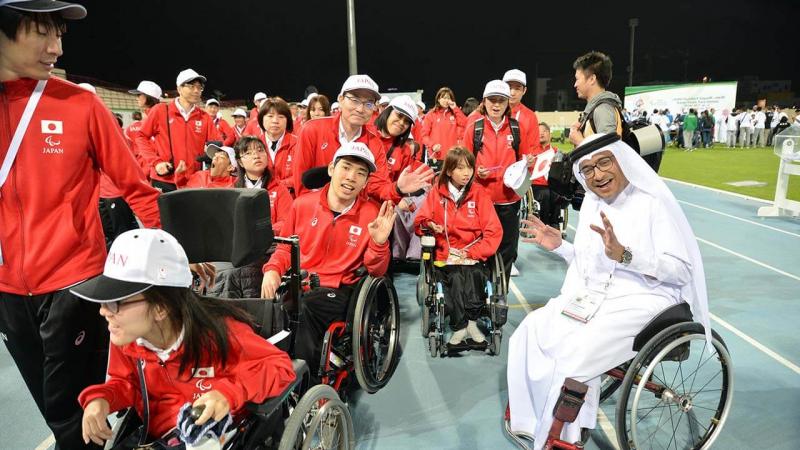 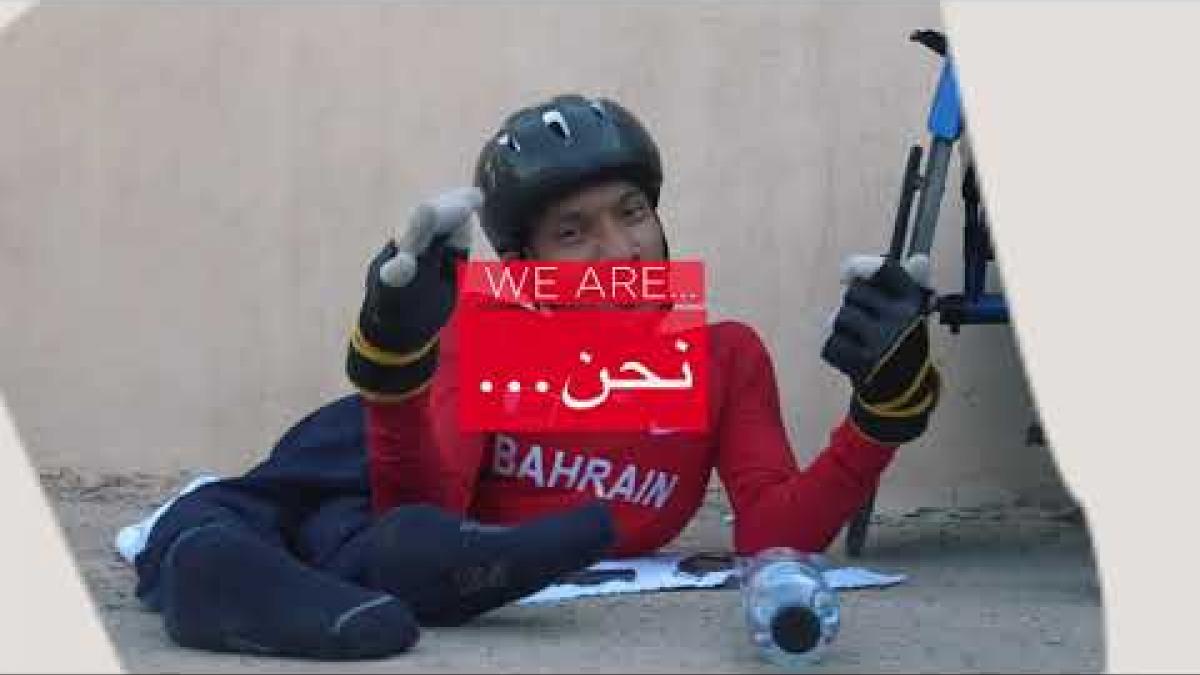 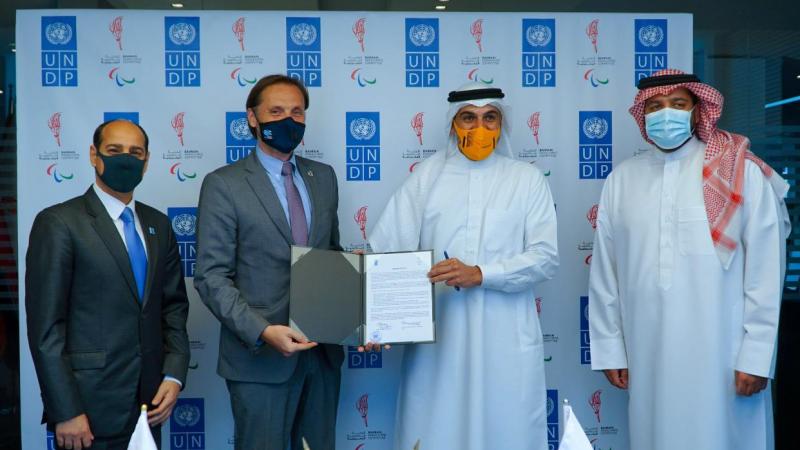