Belarusian Vauchok Aims to be Back on Podium

With her competition extremely tough this year, rower Liudmilla Vauchok is working towards a medal at the London 2012 Paralympic Games 29 Apr 2012
Imagen 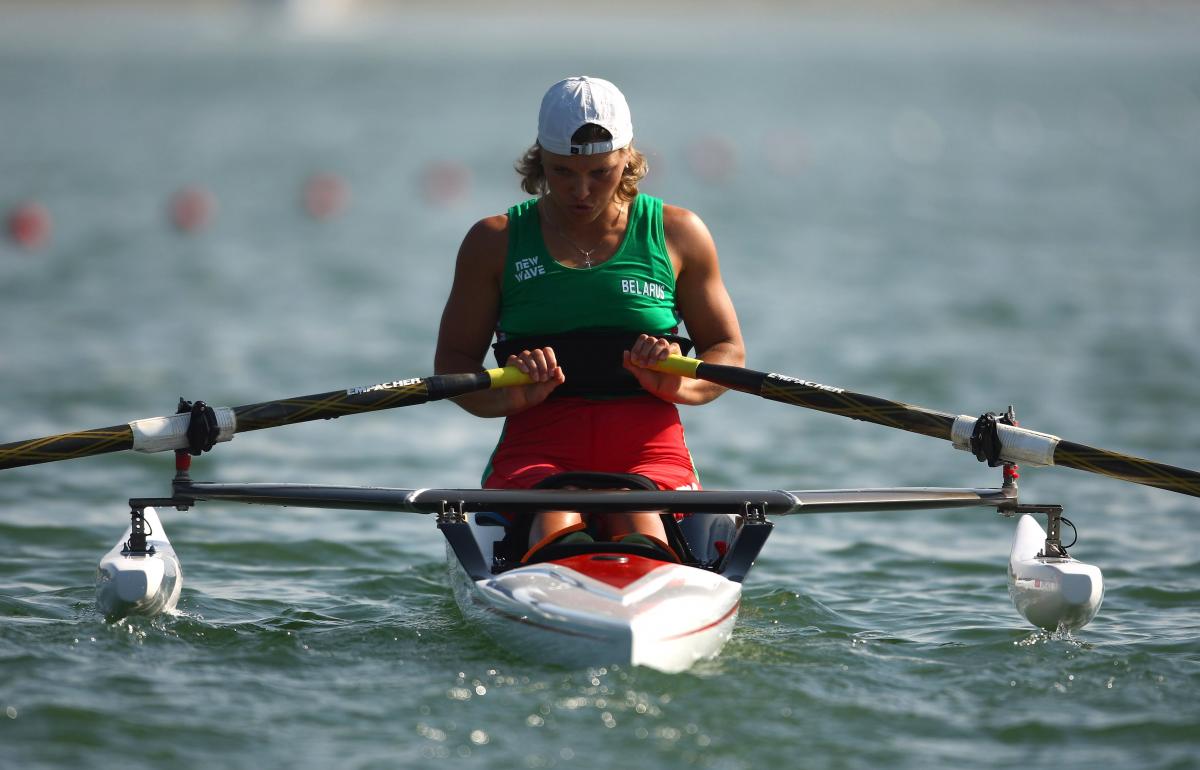 “My goals for London 2012 are to do everything possible to achieve good results.”

Belarus’s Liudmila Vauchok qualified for the London Paralympics at the 2011 World Rowing Championships in Bled, Slovenia, when she came a disappointing sixth.

In London this summer, the Beijing silver-medallist will be aiming to be back on the podium.

In between working as a sports-instructor, the 30-year-old is training hard in the gym and on water, coached by Tamara Shymanskaya, who is also a former rower.

“My goals for London 2012 are to do everything possible to achieve good results,” she said.

Perhaps some of her toughest opponents will be Nathalie Benoit (2010 World Champion) of France and Ukraine’s Alla Lysenko (2011 World Champion and winner of the FISA 2011 Adaptive Crew of the Year Award).

“They are very strong rowers and I respect them,” said Vauchok. “I respect all the opponents. Sport is a game.”

Vauchok was already a Paralympic multi-medallist before she turned her attentions to Rowing.

She won one gold and three silver medals at the Turin 2006 Paralympic Winter Games in Cross-Country Skiing, and another gold in Vancouver four years later.

She finished second in the women's single sculls at the 2007 Rowing World Championships in Munich-Oberschleißheim, and also took silver in that event at Beijing 2008 when Rowing first appeared on the Paralympic Programme.

But she began her elite sporting career long before that as a track athlete, with the fastest times in Belarus for 1,500m and 5000m.

In 2001, whilst preparing for the Athens 2004 Olympic Games, she had an accident, injuring her spine. From then on she had to use a wheelchair to get around.

Vauchok says that Rowing can take a bit of getting used to.

“Adaptive Rowing is practically the same as normal Rowing, only the seat is without movement,” she said.

“It is quite comfortable. Some of the adapted equipment we made ourselves, some was made by a manufacturer, but as for me sometimes I have problems with holders, sometimes they traumatize me,” she explained.

Alla Lysenko from Ukraine racing in the AS women's single sculls heat at the SAMSUNG World Rowing Cup I 2011 in Munich (GER) on Thursday, May 26.