Belgium prepare for hit-out in Denmark

The Denmark Wheelchair Rugby Challenge this week will test Belgium's squad prior to the European Championships. 05 Jun 2013
Imagen 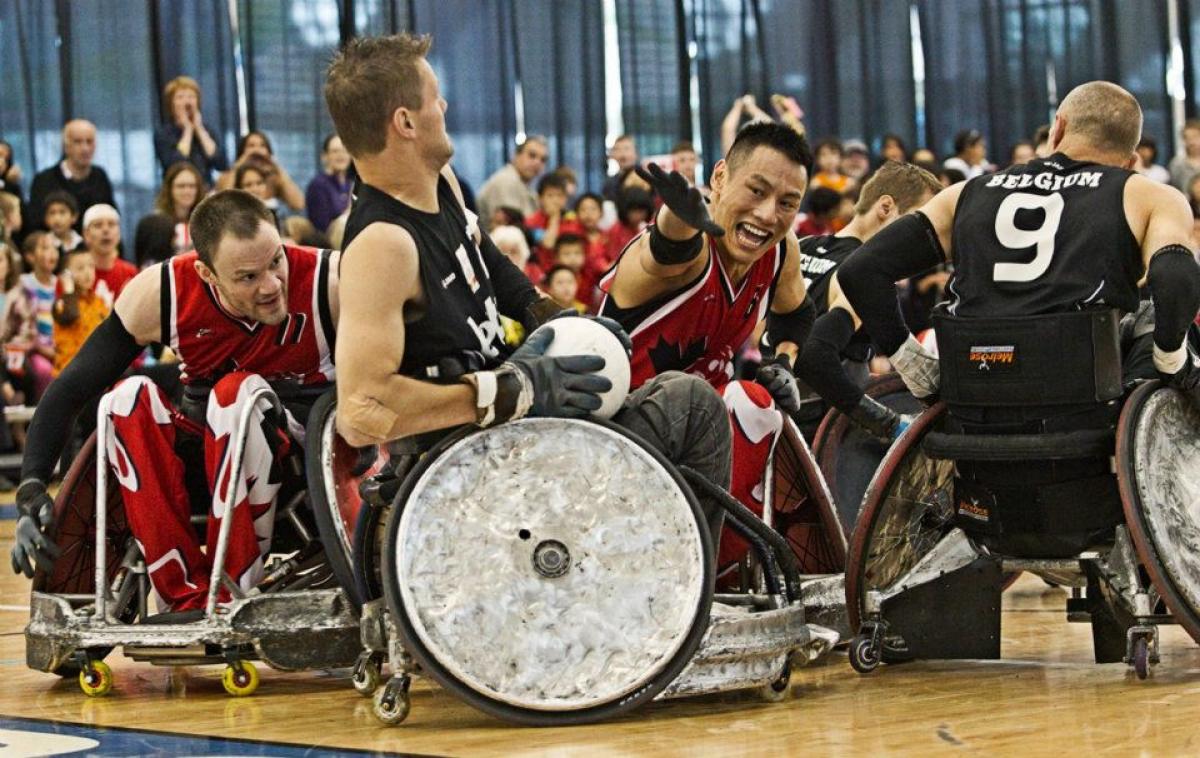 Belgium's wheelchair rugby team are looking to regain their spot atop the European podium.

ⒸNPC Belgium
By Beau Greenway | For the IPC

“It's the top eight of the world, they are all tough, there will be no easy games there”

Belgium will be one of the world’s top eight nations competing in the 2013 Denmark Wheelchair Rugby Challenge in Odense, which begins on Thursday (6 June).

The Stadium Arena Fyn will host the entire tournament, where Belgium features on the opening day in a clash with Japan.

That game will be played after host nation Denmark open the event against No. 6-ranked Sweden.

Belgium head into the tournament as the seventh seeds and have been grouped with Canada, Japan and Great Britain in Pool B.

Peter Genyn, 36, is a veteran of the Belgian squad that will unfortunately be missing part of its lineup.

He admitted that the team will be in for a tough few days of competition when they make their way to Denmark.

“We will not be at full strength as we have some injured players, but, as the tournament is just a preparation for the Europeans for us we can try out some new lines,” Genyn said.

Australia are currently the No. 1-ranked nation in the world in wheelchair rugby, but Genyn believes all competing nations will be difficult opponents.

“It's the top eight of the world, they are all tough, there will be no easy games there,” he said.

The tournament provides the Belgian side with the perfect opportunity to see how their style of game stacks up against the world’s best.

“We just want to try new lineups and get ready for the European Championships in August,” Genyn said.

Belgium finished seventh in the wheelchair rugby tournament at the London 2012 Paralympic Games and historically has a knack of performing well on the international stage.

In 2002, they placed fourth at the World Championships and followed that with a second-place finish in the 2003 European Championships.

Sixth place at the Athens 2004 Games was their best Paralympic finish, but their top achievement would have to be when they were crowned European champions in 2009.

At the 2011 edition of the event, they were unable to defend their European title, finishing third.

After starting their campaign against Japan, Belgium will then face London 2012 silver medallists Canada on Friday (7 June) and Great Britain on Saturday (8 June) before the final matches are decided.

Meanwhile, on the other side of the draw in Pool A, Australia, USA, Sweden and Denmark will be vying for a spot in the top two to ensure a finals berth.