Alexey Ashapatov, Alexey Kuznetsov and Alexander El’min are all expected to medal for Russia at this week’s IPC Athletics European Championships. 23 Jun 2012
Imagen 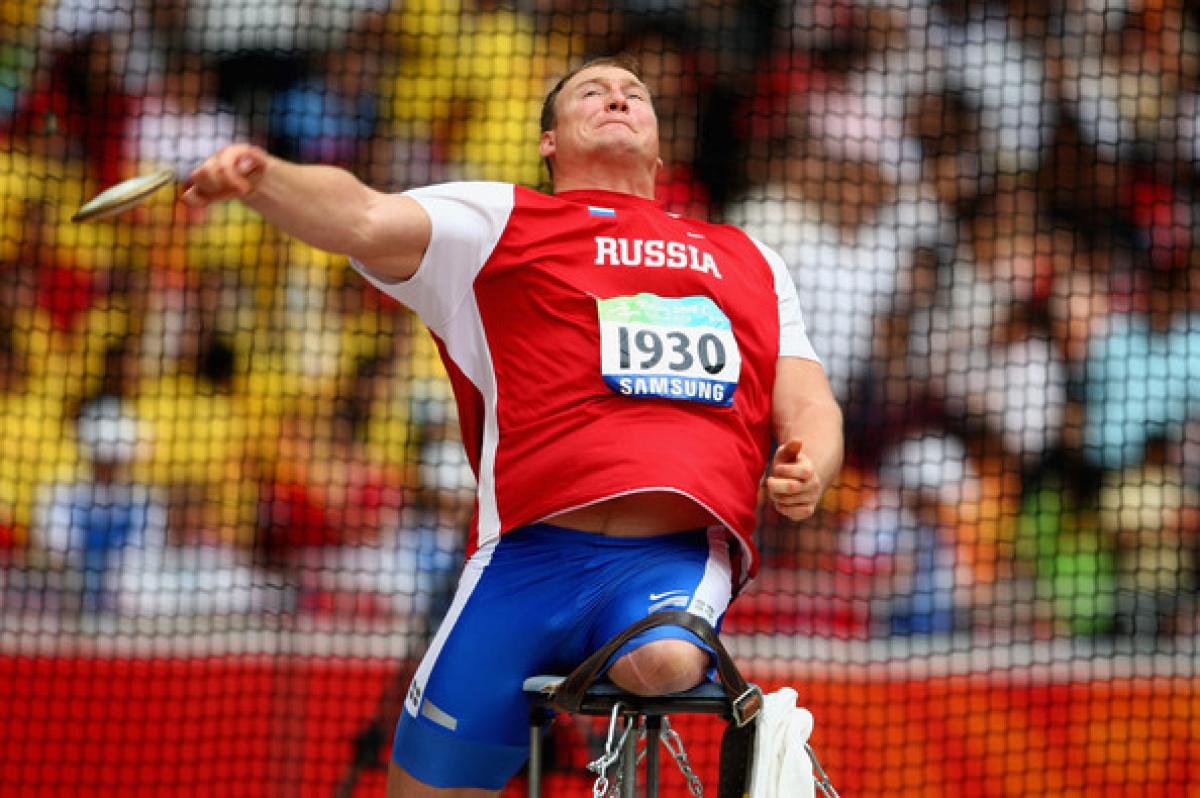 “The process of a discus flying is just very impressive, as well as a javelin. Just flying for a long distance with such great technique is great for spectators to watch.”

Alexey Ashapatov leads a 67-strong delegation of Russian athletes who are looking to make some noise at this week’s 2012 International Paralympic Committee (IPC) European Athletics Championships in Stadskanaal, the Netherlands.

But the amputee, who lost his leg in a traffic accident nearly a decade ago, was not always one for the field events.

In fact, prior to his accident, he played for a professional volleyball team in some of the top national leagues in Russia.

He tried out Sitting Volleyball after the accident, but slowly transitioned to Athletics field events, which he believes do not receive as much attention as they should from spectators compared to the sprints.

“The process of a discus flying is just very impressive, as well as a javelin,” Ashapatov said. “Just flying for a long distance with such great technique is great for spectators to watch.”

The 10-time national champion last won the European Championships in 2005 in Espoo, Finland. Both his current world-best marks – 16.37m in the Shot Put and 57.64m in the Discus – he set at the 2011 IPC Athletics World Championships in Christchurch, New Zealand.

He hopes to even better those marks in Stadskanaal.

“This place is very beautiful,” Ashapatov said. “The atmosphere is very calm here and all the people are friendly here. I think the facility is quite cozy and I expect quite high results here.

“I feel that this event is good preparation for the upcoming London Paralympic Games.”

In the Shot Put, he will receive tough challenges in Stadskaanal from Angim Ntomgkioni and Anastasios Tsiou of Greece, as well as Janusz Rokicki and Kryzstof Smorszczewski of Poland. He said Croatia’s Boro Radenovic could also pose problems for him on the field as well.

The competition will not be any easier in the F54 class for Kuznetsov, who has been preparing for the event with some friendly arm-wrestling contests with Ashapatov.

Kuznetsov holds the world-record mark of 29.49m in the Javelin F54, an event he finished sixth in at the Beijing 2008 Games.

The veteran Russian has had the chance to travel Europe to compete, and his travels include a previous competition to Stadskanaal.

“This is not my first visit here,” Kuznetsov said. “I feel quite at home here, but I can’t tell all the secrets.”

The Alexey duo will be joined at Pagedal Stadium by El’min, who has never competed at the Paralympic Games before but it the current world-record holder in the Shot Put F34 event with a mark of 11.57 he set in Zagreb, Croatia earlier this year.

As long as he and the rest of his team get good weather conditions in Stadskanaal, El’min said he is not worried about his opponents.