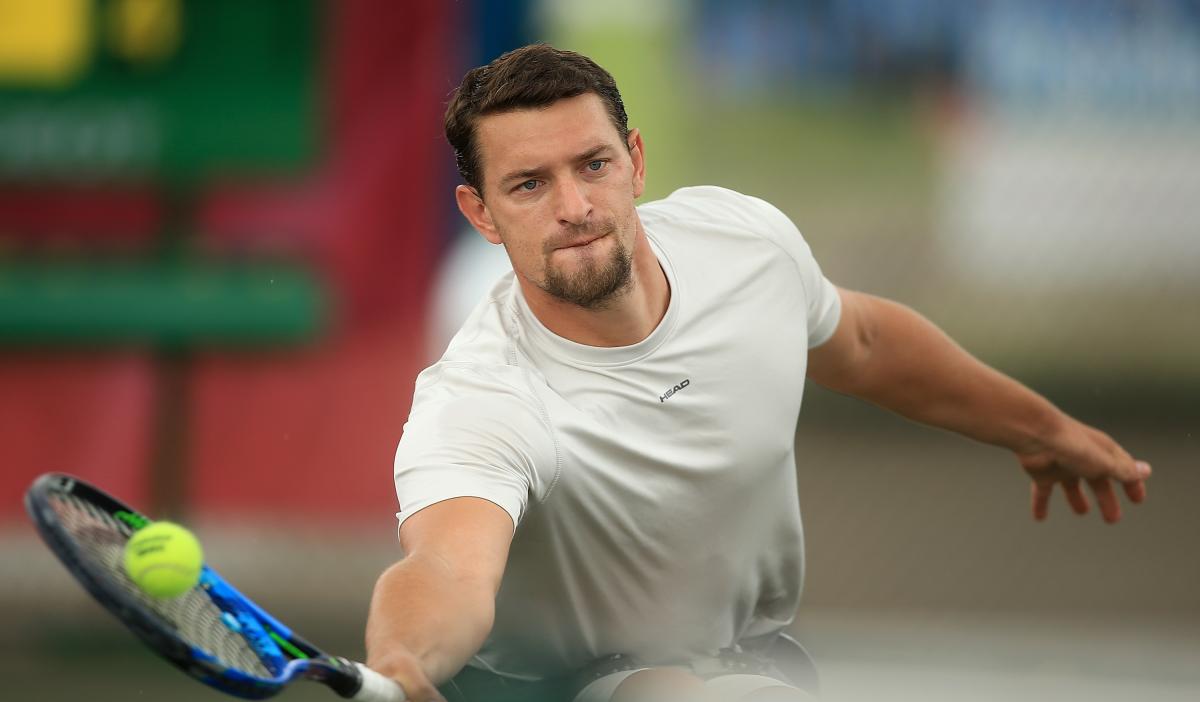 The life of an athlete involves many ups and downs. For Belgium's Joachim Gerard, recent seasons on the wheelchair tennis circuit have brought the full range of experiences and emotions.

In 2019 Gerard had to contend with saying goodbye to his long-time friend, coach and mentor Marc Grandjean. But as the season continued there was also the high of Grand Slam victories and then a fourth title in five years at the year-end NEC Wheelchair Singles Masters.

“We started to work together in 2006 and it was a good time for him to arrive in my life,” says Gerard as he recalls his partnership with Grandjean. “It was more than just tennis; he became like a dad to me.”

Grandjean died in February, aged 62, having been diagnosed with a neurodegenerative condition towards the end of 2017.

“It was very hard to learn about his illness, first of all, and then when he passed away, after 13 years together, it was heart-breaking,” said Gerard.

“For quite a while I was not ready to play. My head was not on the court, but somewhere else and I could not keep my focus. It took me a few months to accept it, but I learned to keep all the good things from him in my heart and in my head and then I could move forward.”

As Grandjean’s illness progressed, Gerard had to start looking for other coaches to work with. He now feels settled with Damien Martinquet, his coach for much of the second half of 2019.

“I needed to change my coach, because there was some difference with the coach I had been working with and, personally, I felt it was not the best for me,” said former world No. 1 Gerard, who finished 2019 ranked No. 5 in the world.

“I had known Damien for two years as he had been working at the club where I played. Anyway, after I’d been looking for a new coach for two or three months, Damien’s contract came to an end, so we made a proposal to him to start working with me and I think it’s a really good partnership.”

“I don’t think we’ve made many changes. We made a few changes before the US Open and then before the Masters and I can be more solid now and more functional because of those things.”

Gerard’s current working relationship with Martinquet is one that the 31-year-old Rio Paralympic men’s singles bronze medallist hopes will help him scale the kind of heights he reached in 2016 alongside Grandjean, when becoming men’s singles world No. 1 for the first time.

As Gerard approaches another Australian Open in January, it’s coming up to four years since he reached his one and only Grand Slam singles final to date, finishing runner-up to eventual Rio Paralympic champion Gordon Reid at Melbourne Park.

“I’ve been waiting for my second Grand Slam final for nearly four years now. I would like to get back to another Grand Slam final and then play my game and see what happens,” he said. “I know I’m capable of it, but I just need to keep working and do it not just in the Grand Slams, but in every tournament.

“For sure I’m looking forward to Tokyo 2020 and, of course, I would like to do better than my bronze in Rio. There are only two colours better than that and I will fight from the beginning to the end. I just want to give everything I have, from the first week of the year through to the end.”

Wheelchair Tennis
US Open 2019: Grand Slam greatness on the line