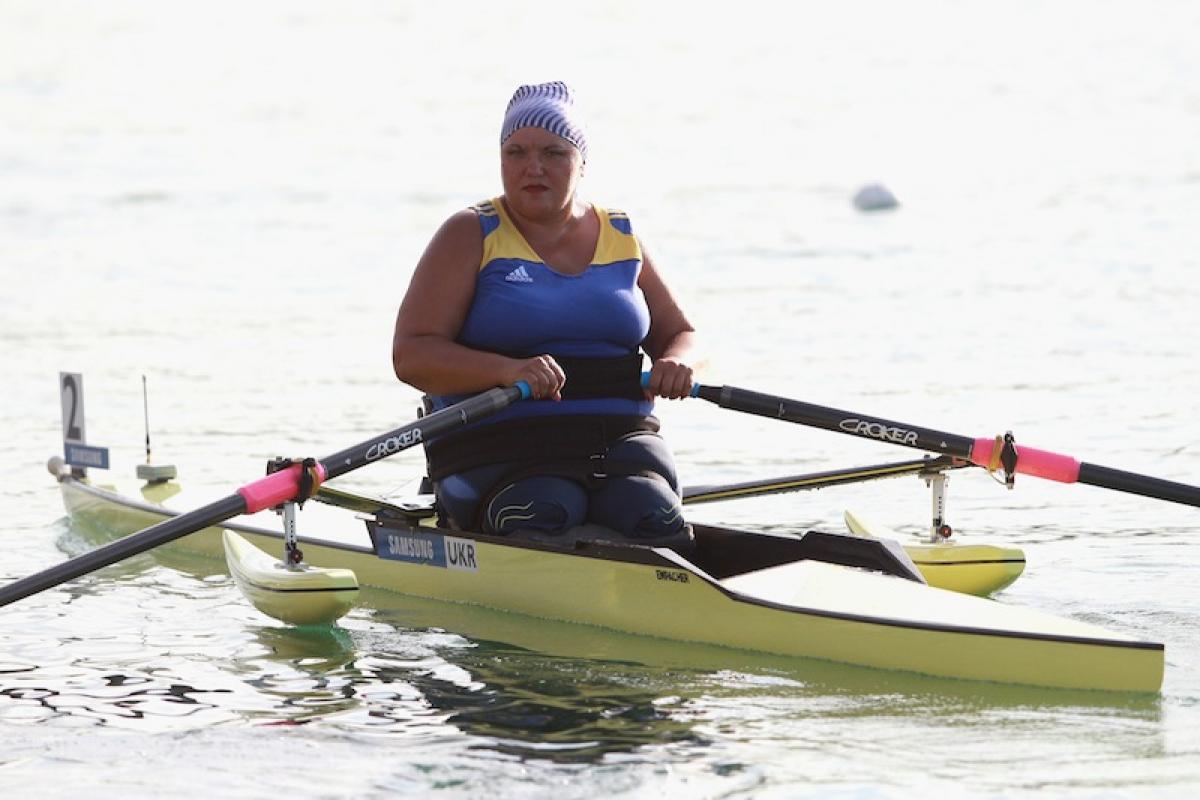 "You can never have too many gold medals so I will prepare for Rio 2016."

Ukrainian Alla Lysenko remains at the top after winning gold at Eton Dorney.

She dominated the women’s single sculls ASW1x race, having already broken the Paralympic record earlier in the competition, and is now the world, European and Paralympic champion.

But she showed no signs of feeling the pressure, despite being favourite to win the gold medal coming into the race.

“I don't like to be the favourite,” she said. “I like to keep it simple and be calm, I just start and finish."

The Ukrainian came out of the blocks at a fast pace, averaging 70 strokes per minute, which immediately set her apart from the rest of the pack.

She continued to fly across the water, comfortably claiming her first Paralympic gold medal, with France’s Nathalie Benoit and Liudmila Vauchok of Belarus coming in second and third place respectively.

Such a dominant display deserved the top prize and Lysenko was overjoyed with the result.

The 43-year-old was involved in a car crash in 1996 that resulted in her having spinal cord injuries and the amputation of both her legs.

She only made her international debut in 2009, but has since cemented herself as a prominent figure in women’s rowing, winning world championship titles in both 2009 and 2011.

Now Lysenko is looking to keep her reign going as long as she can.

“I am world, European and now Paralympic champion,” she said. “This is the ultimate dream, but you can never have too many gold medals so I will prepare for Rio 2016."

She will be looking to keep hold of her three titles as long as she can and also break the world and Paralympic records that she currently holds.

Based on her form in London, it is going to take something special to knock her off the top.