With three tournament titles, including a victory at the sport’s first outdoor event in Sydney, the USA climbed back to No. 1 in wheelchair rugby. 11 Dec 2013
Imagen 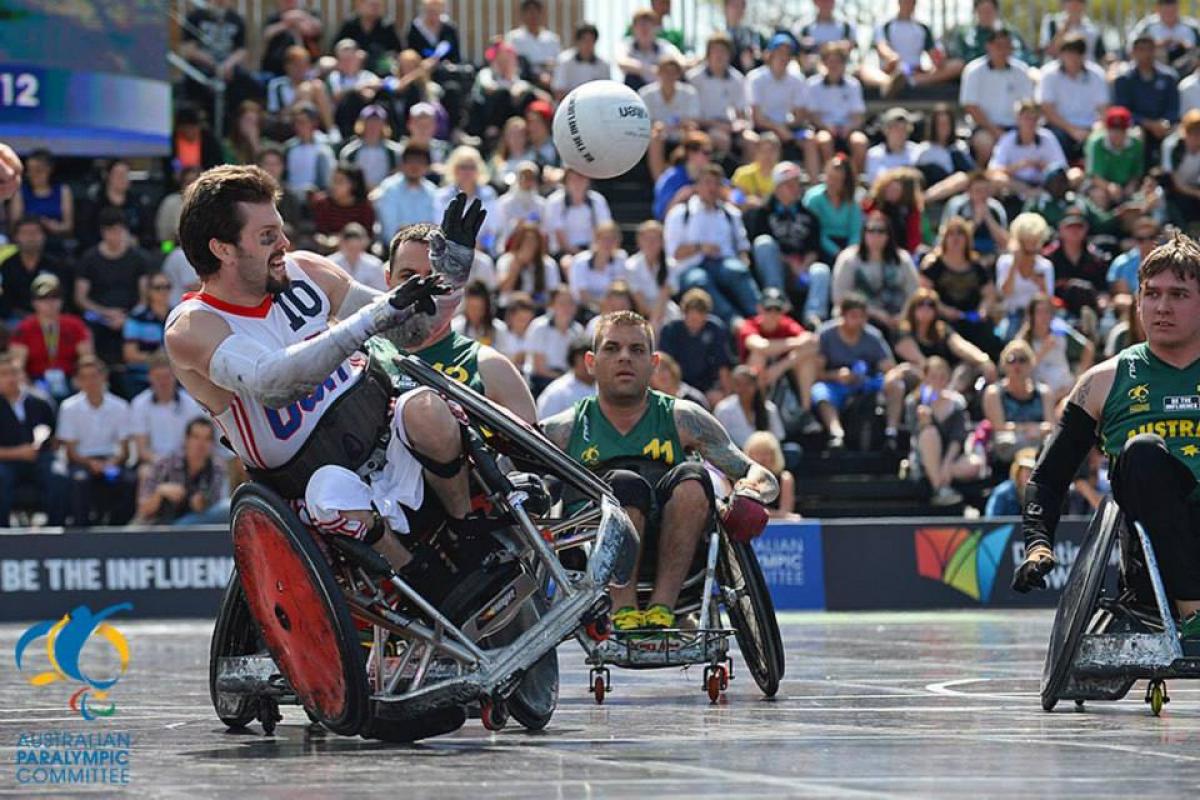 USA defeated Australia in the Tri-Nations Tournament in Sydney, Australia, which was the sport's first international tournament ever played outdoors.

ⒸJeff Crow | Sport the Library
By Beau Greenway | For the IPC

“We have set the bar high this summer for other teams as well as ourselves. We look forward to remaining focused on winning all the way to Rio 2016.”

At the beginning of 2013, a heartbroken Team USA had a mission to get back what they so desperately craved – the No. 1 world ranking in wheelchair rugby.

With hours of hard work both on and off the court, they more than took it back in less a year after losing it at the London 2012 Paralympic Games, where they finished with the bronze medal.

Surging to the top again

The 2013 season has seen USA play on three continents and win all three titles – the Denmark Wheelchair Rugby Challenge in June, the Tri-Nations Tournament in Australia in September and the IWRF Americas Championship in October on their home court.

“The team wanted that world ranking back the minute we lost to Canada in London,” USA co-captain Joe Delagrave said.

“It marked the first time since I became a part of the team in 2009 that our team was not ranked No. 1.

“No matter who comes and goes, we always hold ourselves to the highest of standards and that was the feeling going into the Denmark tournament.”

Fellow co-captain Andy Cohn admitted the squad was anxious to start playing again and beat the best teams in the world.

“We knew we had a lot of talent but we needed experience,” Cohn said. “We were so eager to travel to Denmark and Australia because those tournaments gave us what we needed.”

USA comfortably accounted for Sweden, Great Britain and the host nation in Denmark, and then registered a hard-fought 61-56 win over Australia in the final to surge back to the No. 1 spot.

Team USA head coach James Gumbert was extremely proud of the effort from his team.

“I felt happy for the entire team especially the London kids, they got a chance to redeem themselves and become leaders,” Gumbert said.

“The new athletes did great things as well. They stepped up every time their number was called and played to the highest standard. They proved what an unselfish team can do when you believe.”

Just three months later, the USA faced Australia and New Zealand in what was the first series played outdoors, under lights on a purpose built court at St Mary’s Cathedral in the heart of Sydney.

The world’s top two nations were too strong for New Zealand and exchanged wins in the round-robin games to leave the stage set for a thrilling final.

“The outdoor setting was a challenge for everyone but we all had to play in it, so no one had an advantage. Playing at night, outside under the lights was a ‘Field of Dreams’ moment.

“The APC and the fans welcomed us with open arms and made us feel at home during our stay. They saw our game as a sport and that was special on so many levels.”

Delagrave and the rest of the playing group enjoyed every moment of the trip to Sydney.

“It was one of the best trips I have had in my life, and really probably the gelling point for our team chemistry,” Delagrave said.

“To be able to travel to Australia, play the No. 2 team in the world, outside, under the lights, and in the background of Sydney was something that is hard to describe.

“The event was world-class, and playing outside was an exciting, unique experience. We were able to beat Australia twice and even learned a lot in our one loss to them the night before the final.”

To cap off an amazing year, the USA went through the entire Americas Championship undefeated and secured entry to the IWRF World Championship with a convincing 63-40 victory over Canada.

Despite such an amazing 2013 season, Team USA still believe there is plenty more to come in 2014.

“We head to World Championships eager to keep improving,” Cohn said. “I don't think anyone feels like this team has even started to reach its potential and we all know we have to build on this summer.

“We have set the bar high this summer for other teams as well as ourselves,” he said. “We look forward to remaining focused on winning all the way to Rio 2016.” 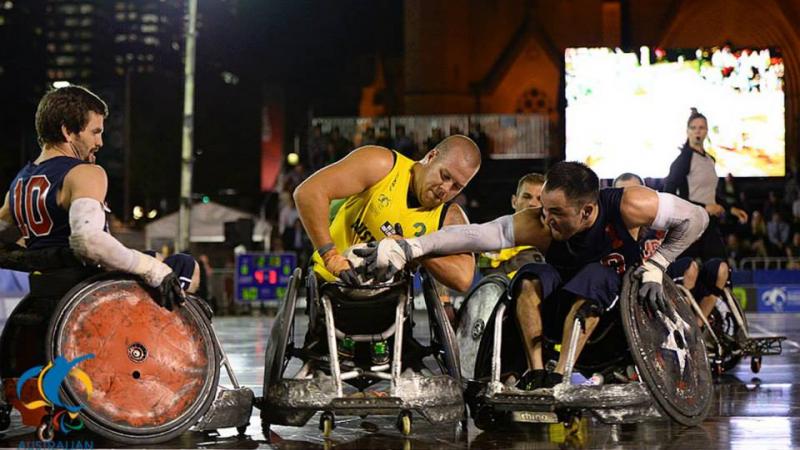