Swimmer Matt Cowdrey won eight medals at London 2012 to become Australia’s most-decorated Paralympian of all-time, making his performance the No. 31 moment of the year. 01 Dec 2012
Imagen 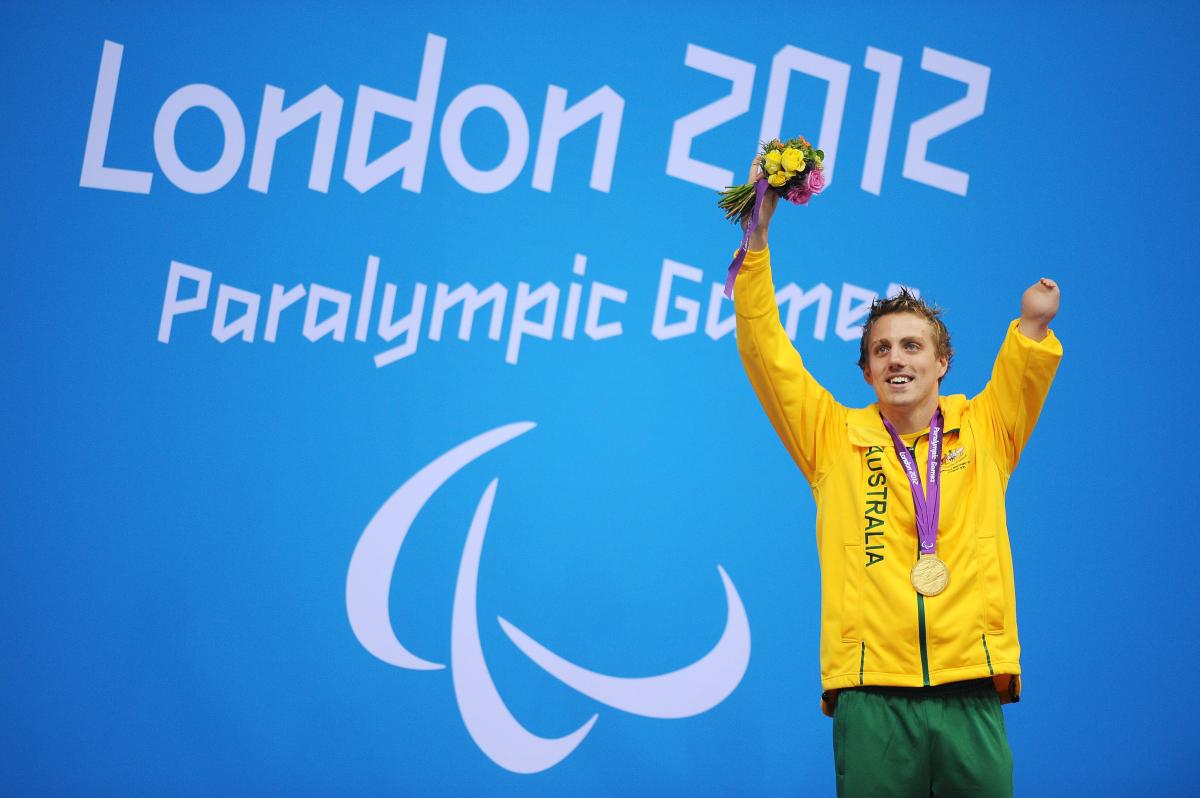 "To be Australia's best Paralympian is humbling and it is a huge honour."

On 5 September, Matt Cowdrey became Australia’s most successful Paralympian of all-time at the age of just 23 by collecting his 19th Paralympic medal and 11th gold after winning the 50m freestyle S9 in world-record time at the London 2012 Games.

With a time of 25.93 in that race, Cowdrey, a three-time Paralympian, surpassed sprinter Tim Sullivan as his country’s most-decorated Paralympic athlete.

"It is not something I think will sink in until we are all done and dusted and we are finished and I can sit down and relax,” Cowdrey said after the race. “Eleven gold medals is a lot.

"To be Australia's best Paralympian is humbling and it is a huge honour."

Cowdrey went on to deliver several more dominating performances in London after that one to push his career Paralympic Games medal count to 23, including 13 golds.

At London 2012, Cowdrey without a doubt became Australia’s golden boy and cemented himself as one of the faces of the Paralympic Movement down under.

Cowdrey’s gold in the 200m individual medley SM9 was his third top finish in the race at the Paralympics, making him the first Australian male at the Olympic or Paralympic level to ever record a three-peat in an event.

Following the race, the Adelaide native said that may have been the one he had to work for the most. He had trouble sleeping the night before and coming down from the high of a world-record finish in the 50m freestyle S9.

“That one hurt. I am not going to lie at all about that,” Cowdrey said.

“I don't think I realised how emotionally and physically draining that all was last night. Being a 10-day meet it is a bit longer and harder than we are used. I am very glad to have got away with that.”

The 4x100m freestyle relay 34 points was a dramatic one for Cowdrey as well, in which he had to fend off China down the stretch. Cowdrey fought off a rapid final length by China’s Yinan Wang to win gold in world-record time.

Since the Games ended, Cowdrey has been jumping from awards show to awards show the last several months. Some of the notable honours he has won include GQ Australia’s Sportsman of 2012 and a special presentation devoted to his achievements at the Australian Paralympic Committee’s awards gala.

The next major competitions for him will be the 2013 IPC Swimming World Championships and the 2014 Commonwealth Games.

As Cowdrey will only be 27 by the time the Rio 2016 Games come along, he is a sure bet to add to his medal tally and make his chapter in Australia’s record books even bigger.