Ireland’s Ray O’Dwyer, who won Javelin silver at the IPC Athletics Euros, should be one to watch in the sport for years to come. 25 Jun 2012
Imagen 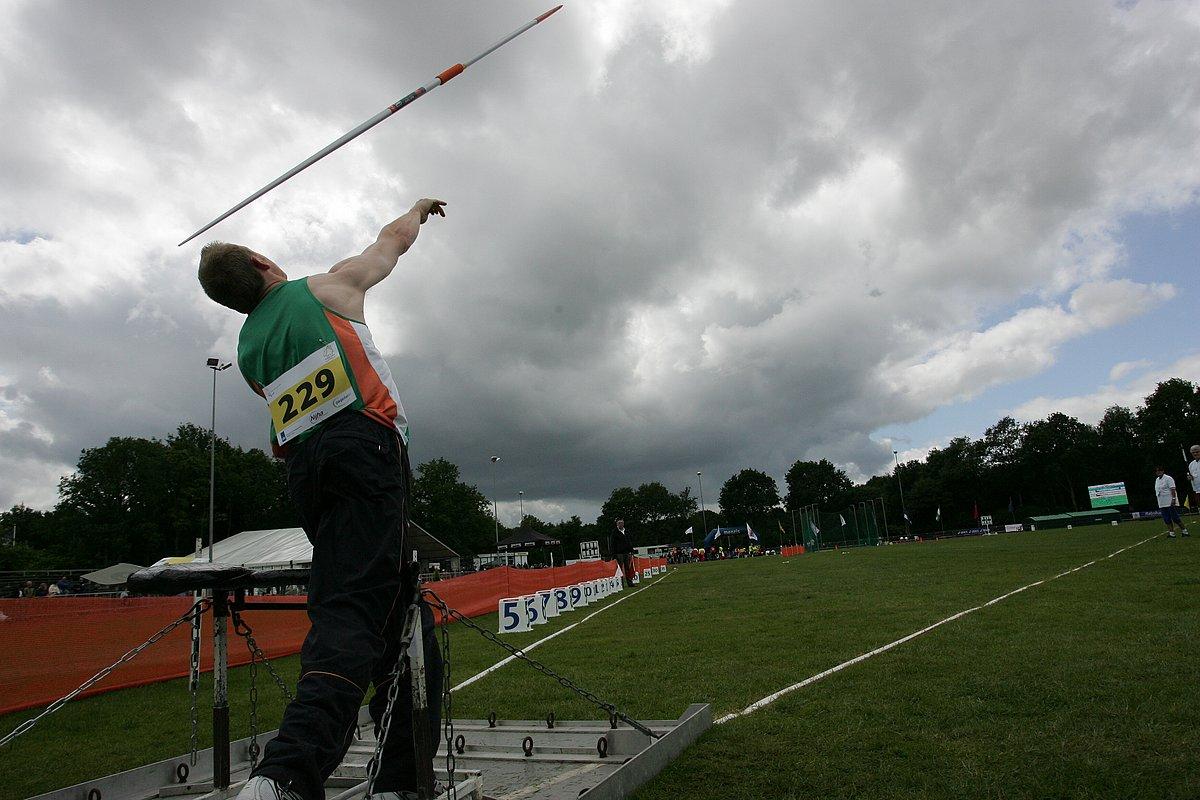 Ray O'Dwyer won silver in the Javelin for Ireland at the IPC Athletics European Championships.

“I was happy with that performance because I haven’t been doing that much Javelin this year, as I’m focusing on Shot Put for London.”

At just 22 years old, Ireland’s Ray O’Dwyer is quickly rising to the top of the para-Athletics scene in the field events, establishing himself as a potential medal favourite by the time the Rio 2016 Paralympic Games come around.

The three-event competitor in the F34 class threw the Javelin 17.77m on Monday (25 June) at the IPC Athletics European Championships in Stadskanaal, the Netherlands, which was good enough to garner a silver medal on the international stage.

“I was happy with that performance because I haven’t been doing that much Javelin this year, as I’m focusing on Shot Put for London,” O’Dwyer said.

Ireland will name its Athletics team for the London 2012 Paralympic Games this Thursday, and O’Dwyer will still compete in the Shot Put and Discus in Stadskanaal before that announcement is made.

“Hopefully, I can do good in both, but I really enjoy Discus and that’s the one I most looking forward to,” he said.

O’Dwyer, who holds the Irish national records in all three of his events, noted that Paralympics Ireland has been quite helpful in vaulting him to the international sports scene, and believes his chances of cracking the squad are good.

“They’ve been really helpful, with camps, trips, competitions and media stuff, helping support us in those areas,” he said, specifically referring to the past six to eight months.

The laid-back, traveling athlete has been joined by Catherine Neill on the podium thus far for Ireland at the Championships, as she claimed silver in the women’s Club Throw F31/32/51 on the opening day of the competition.

Ireland has showcased a lot of youth and talent at the Championships, which could reveal what the nation has in store for future international events down the road, but that does not mean placing high at London is out of the question.

“It would be great because I’ve been trying for three years to get to London, and I want to test my results against all of the world’s best athletes,” O’Dwyer said.