Since the Paralympics, Singapore’s most-decorated Paralympian has become an ambassador both nationally, internationally and for the FEI. 04 Sep 2013
Imagen 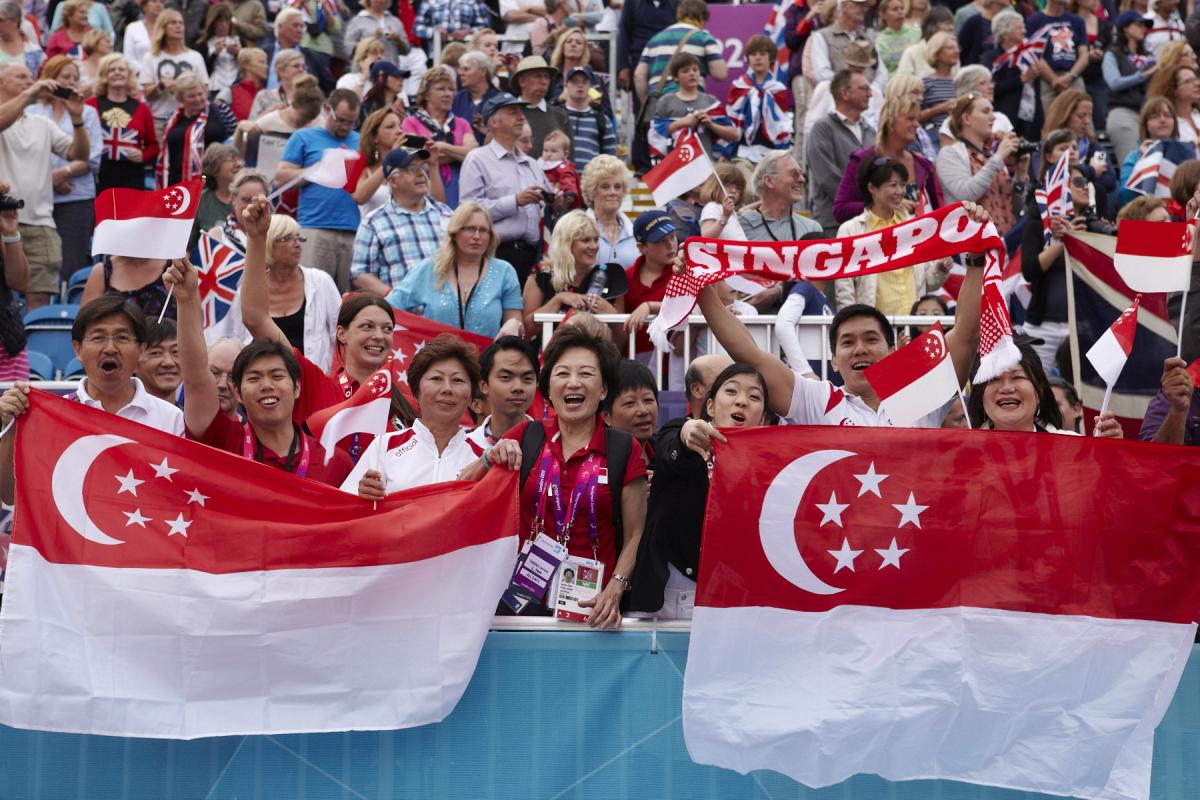 Laruentia Tan's family cheers her on to gold at the London 2012 Paralympic Games.

“It was really awesome to be able to compete in London. Apart from my family, my supporters included friends, some of my teachers, and colleagues I have worked with and their families, many of whom had never seen me perform on a horse.”

Tan, riding in the grade 1a category on Ruben James 2, took home a bronze and silver medal in the individual and freestyle competitions, respectively.

At the Beijing 2008 Games, she won two bronze medals. Thus, her London success made her Singapore’s most decorated Paralympian, and she now enjoys a level of fame and recognition in her home country unknown to her before.

Although she represents Singapore, Tan has lived most of her life in London, adding another level of pride to her success last year.

“It was really awesome to be able to compete in London,” she said. “Apart from my family, my supporters included friends, some of my teachers, and colleagues I have worked with and their families, many of whom had never seen me perform on a horse.”

Since the Games, Tan has become something of a celebrity in Singapore, to a point she describes as almost overwhelming.

Tan is using her London 2012 legacy to further her career and share her experiences across communities in both Great Britain and Singapore.

She is a Singapore Youth Ambassador and one of the FEI’s Solidarity Ambassadors, helping to develop para-dressage around the world.

“I enjoy being active in various programmes and activities,” she said. “Their eagerness to learn and positive responses make it a joy to work with students, young people and those in the community. I share my experiences and what I have learnt and achieved in life to give encouragement and hope to others.”

After that heady summer, Tan’s competitive focus is as sharp as ever. This year she has competed in Belgium and the Netherlands as she prepares for the 2014 Alltech FEI World Equestrian Games in Normandy, France. She is also studying for a post-graduate diploma in psychology, studies that were deferred for London 2012.

Despite her success, Tan remains modest about her achievements, constantly crediting the support she receives from her team of coaches, trainers, horse owners and her family and friends.

She is often stopped in the street in Singapore and asked to pose for photographs, but her aim remains simply on improving her performance in a sport she clearly loves.

“I am probably most competitive with myself,” she explained, “as I am always trying to push myself to better my scores. In some ways, I like the challenge as I believe that, unless we challenge ourselves, we do not know what we can do or what our full potential is.”

There’s no doubting the impact Tan has had on sport in Singapore.

Chef d’equipe of the Singapore para-dressage team, Monique Heah, said: “I have watched Laurentia compete for many years, and have, in that time, seen her grow and become a true role model to many people within the equestrian community and among the general public. Her success has brought glory to our small nation and she has done us all proud.

“I know how hard she has worked to be able to perform at this level. Her joy at being able to represent her country in front of so many of her family and friends in London, and the look on her face when she came down past the athletes' stand in front of her team with her medals was unforgettable.”

Caption
Laurentia Tan of Singapore is a double Paralympic medallist.