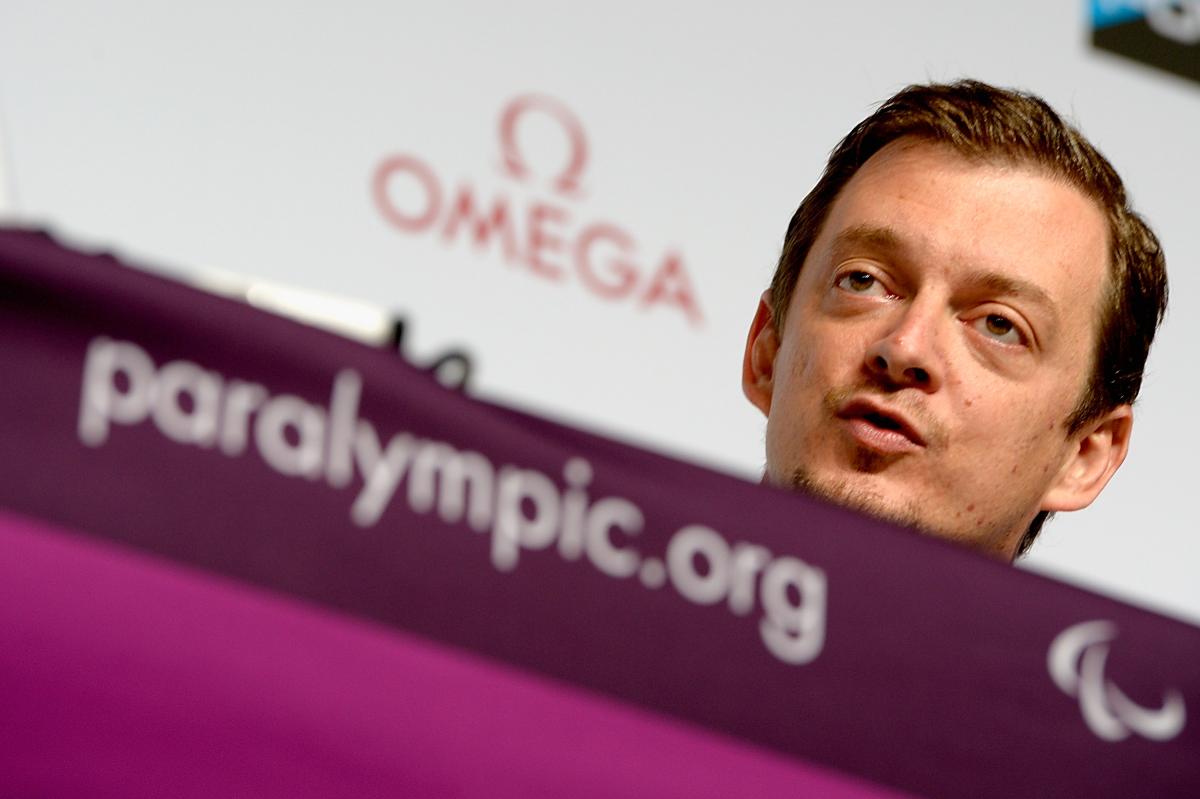 "The Paralympic Movement has become more mature. It became aware of its size and potential."

Following the success of London 2012 which finished just one month ago, the focus is now on the next summer Games in Rio in 2016. Host nation Brazil finished seventh in the medals table in the British capital, two places above where it finished in 2008.

How was your start in the Paralympic Movement?

Sports have been part of my life since a very young age. I played many sports, but I did not become a professional sportsman. I always wanted to work with something related and sought to find out more about the sports entities. I lived in Niterói, near Rio, and was finishing my graduation in Social Communication at Universidade Federal Fluminense, where the BPC was located. The Paralympic sport had all the ingredients I wanted. Besides the excitement and adrenaline, it also had a social element.

I often say that there is no identity crisis in the Paralympic Movement, instead there is synergy. We only won the respect of people with and without disabilities after emphasizing the high performance and competitiveness. The recognition of the potential of Paralympic sports provides an emotional rehabilitation for people with disabilities. At one point of sports management, one did not take into consideration the fact that they are disabled, but athletes. The idea is to show that disability is one among dozens of features that these people have.

You are a journalist by profession with 15 years in the BPC. How do you analyse the evolution of Paralympic sports in Brazil during this period?

The Paralympic Movement has become more mature. It became aware of its size and potential. We have a good model of partnership; we work in co-ordination with the Paralympic confederations. The Paralympic Movement turned professional in relation to funding and positioning. The approach with the media started with Athens 2004, when the BPC acquired the rights to broadcast the Games and sub-licensed them to 13 TV stations. That is what allowed us to break records in broadcasting and newspaper coverage of the Paralympic Games in Brazil. That is also the moment when Brazil began to understand that the Paralympics were not for people with disabilities, but for high-performance athletes.

Was Athens a watershed?

Athens helped us in recruiting new athletes. Daniel Dias and André Brazil, who today are stars, became aware of the potential of Paralympic sports during that edition of the Games. They were inspired by Clodoaldo Silva (swimmer that holds 13 medals in the Paralympics) and accounted for half of the gold medals we won in Beijing 2008 (they won eight gold medals altogether, four each). In Beijing, we repeated the strategy and in London we no longer needed to invest in the purchase of broadcasting rights because a TV station became interested and bought them. We showed that broadcasting the Paralympics is commercially viable.

What are the benefits of having the Paralympic Games at home?

I believe it to be the apex of the curve that the Paralympic Movement has been taking in recent years. I hope people watch the Games and cheer for Paralympic sports. I hope the potential of Paralympic sports as entertainment for the public in general becomes evident. The greatest legacy will be for people with disabilities. After all, if I can cheer for a disabled person capable of leading my country to the podium in a sports competition, this person could be my friend at work, my boss. Sports are a great way to show that people with disabilities can play different roles in society.

How do you analyse the results obtained by Brazil in the London 2012 Paralympic Games?

Brazil took a firm step and a relevant one to be included among the Paralympic powers of the world. Brazil had some assertive moments in the London Games. The victory of Alan Fonteles is one of them. At the same time, we were able to become a positive reference in sports management. We developed projects and programs to reach seventh place and we succeeded. We're talking about jumping two places when you're already in the top 10. Each one of these advanced positions is held by a sports power that you leave behind.

What are the next steps?

In 2009, after we won the right to host the Paralympic Games, we delivered a plan until 2016. Each sport has its own path. Each has its own rate of exchange of athletes, coaches, larger investment at its base and support for top athletes. For 2016, we will have two new sports in the program, which are the para-canoe and para-triathlon. Brazil has excellent results in the World Championships of both of them, so I believe that the inclusion of these sports in the program will help us achieve our goal.

And what about the biggest obstacles?

We continue to work on the fifth place as a reference, but we have to analyse the London Games better. We advanced in the two positions that we sought and repeating this feat has become much more difficult, because we currently only stand behind major powers. We are now aware that the frame of reference has changed. There is a higher concentration of medals among the major powers and this means that we have to earn a greater number of medals and in a greater number of sports.

We are going in the right direction, but we need a better structure and more involvement. I think we have good government support, but it is essential to have the support of the private sector as well. We won gold medals in five sports and need to broaden this range. We have the potential for it; we just need to stay focused.

Daniel Dias led the Brazilian delegation at London 2012 with six medals in the pool.