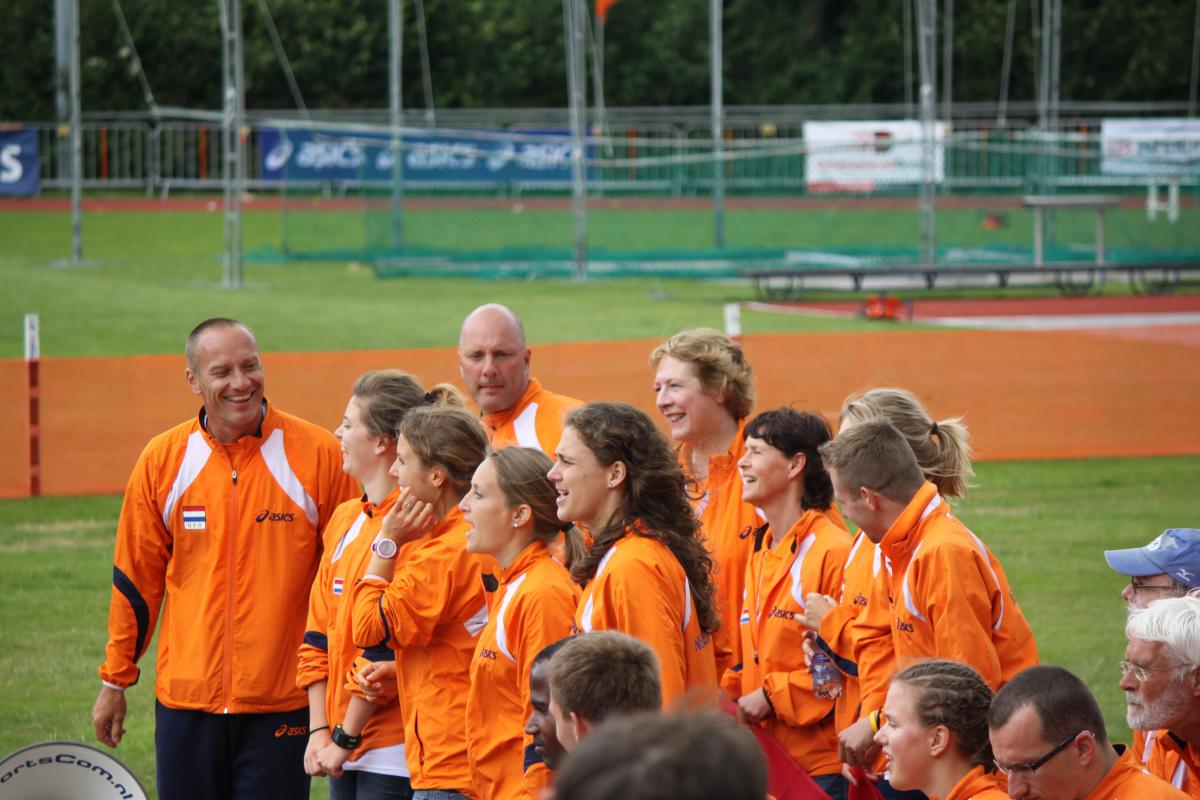 The Dutch Athletics team is looking to use the IPC Athletics European Championships in Stadskannal as preparation for London 2012.

“It’s really great to have a competition like this in our own country. That makes it extra special for me. People can come easily to me my first European Championships.”

Marlou van Rhijn is competing in her first International Paralympic Committee event this week at the IPC Athletics European Championships, but she is already the world-record holder in the women’s 100m and 200m T43 sprints.

The Dutch double-amputee cannot wait to hit the track at Pagedal Stadium for what will be the biggest event of her career thus far prior to the London 2012 Paralympic Games.

The Championships are being held in Stadskanaal, the Netherlands, making it even sweeter for Van Rhijn, one of 17 athletes from the host country.

“It’s really great to have a competition like this in our own country,” van Rhijn said. “That makes it extra special for me. People can come easily to me my first European Championships.”

Van Rhijn is one of several athletes coached by Guido Bonsen and has made top progress within the past year, bettering here 200m time by nearly six seconds and her 100m time by almost two seconds.

She has never competed at a world championships or Paralympic Games before, but recently set the 100m world record in her class on 31 May with a time of 13.48 at a Diamond League pre-event in Rome.

Less than two weeks later, on 9 June, she set a new world’s best in the 200m with a time of 27.44 at a national circuit race in Leiden, the Netherlands.

“I’m really, really looking forward to London,” she said. “Every star athlete will compete there. I think that’s really special and I’m looking forward to that with lots of athletes who are very strong and will give everything to be at their best at that moment.”

Dutch sprinter Annette Roozen should be a nice complement to van Rhijn’s performances in Stadskannall, competing in the 100m T42 on Tuesday and Long Jump F42 on Wednesday.

Roozen, who is sponsored by IPC partner Ottobock, won silver in both her events at the Beijing 2008 Paralympic Games, and read the athletes’ oath at the IPC Athletics European Championships Opening Ceremony.

The 36-year-old has a world championships title in each of her events, with a personal best of 16.48 in the 100m and 3.65m in the long jump as a single amputee.

Kenny van Weeghel, a T54 wheelchair racer, will lead the Dutch on the men’s side, racing in the 100m on Monday and 400m on Tuesday.

A member of the Eindhoven police force, van Weeghel has taken part in three Paralympic Games and will also be one to watch when he competes for the home squad.