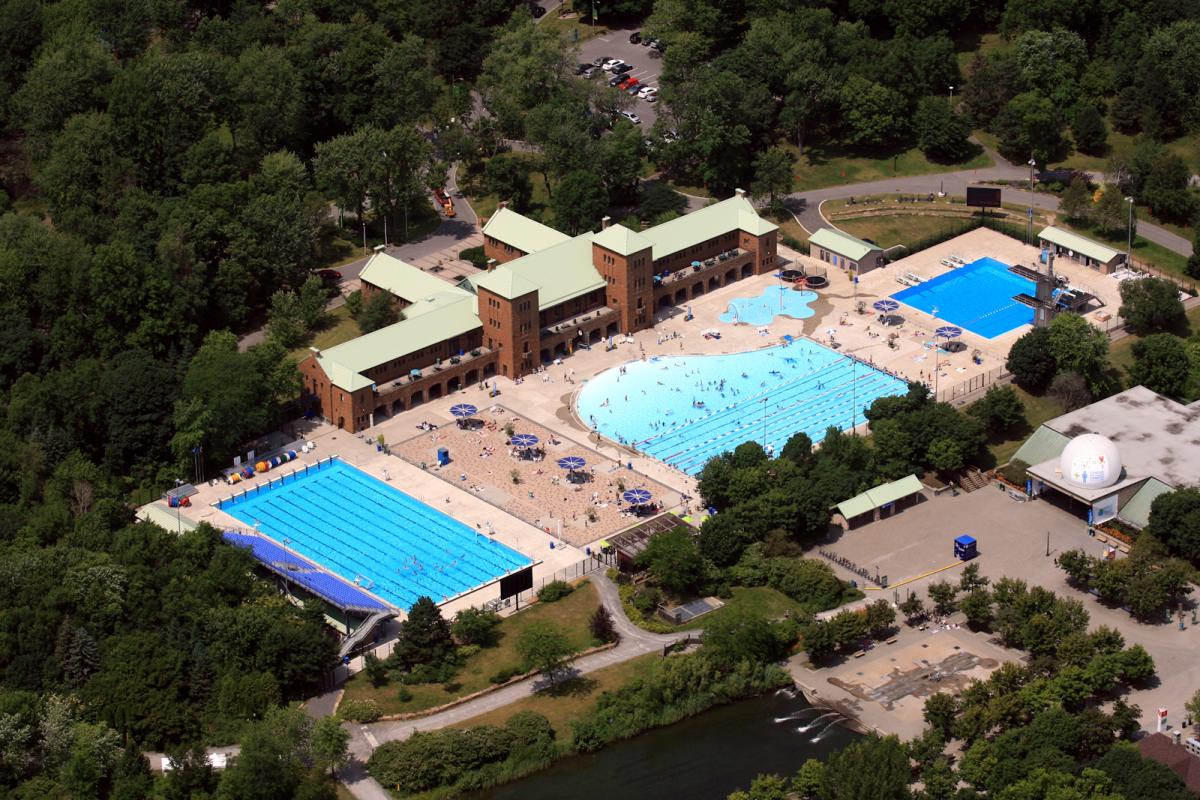 Following the success of London 2012 the event was the biggest to date with over 650 of the world’s best swimmers from more than 60 countries taking part.

The majority of medal winners from London competed in Montreal starting their preparations for the next Paralympic Games in Rio in 2016.

The Parc Jean Drapeau Aquatic Complex, a venue to the east of Montreal with a rich history for staging major international and national swimming competitions hosted the event. It features three recently renovated outdoor pools. Swimming Canada, the organisers of the Championships, plan to build a temporary structure around the eight-lane competition pool, effectively turning it into an indoor venue. A second outdoor pool will be used for training and warm-up.

To see the venue in 360 degrees please click here

Montreal is a city in the south west of the province of Quebec and after Toronto, is Canada’s second largest city.

The city has a population of more than 1.6 million people and the city’s official language is French, making it the second largest primarily French-speaking city in the world after Paris.

In 2009 it was named North America's number one host city for international association events, according to the 2009 preliminary rankings of the International Congress and Convention Association. In 2012, QS World University Rankings ranked Montreal the 10th-best place in world to be a university student.

Montreal lies at the confluence of several climatic regions and enjoys four distinct seasons. Montreal's summers are humid, and range from warm to hot, with a daily average of 21 to 22 °C (70 to 72 °F) in July; temperatures in excess of 30 °C (86 °F) are not uncommon. Conversely, cold fronts can bring crisp, windy weather in the early and later parts of summer.

In 1976 the city staged the summer Olympics and today the most popular sport is ice hockey, with the city’s professional team, the Montreal Canadiens, one of the original six teams of the National Hockey League (NHL).

Each year the city stages the Canadian Grand Prix of Formula 1 at the world famous circuit Gilles Villeneuve.

The city’s main commercial passenger airport is the Montreal-Pierre Elliott Trudeau International Airport (also known as Dorval Airport) which is the third busiest airport in Canada in terms of passenger traffic. It also acts as the headquarters for Air Canada and Air Transat. Trudeau airport is served by 40 carriers to over 100 destinations worldwide.

Local public transport is served by a network of buses, subways, and commuter trains that extend across and off the island. The subway and bus system is operated by the Société de transport de Montréal (STM). Montreal's Metro was inaugurated in 1966 and today has 68 stations spread out along its four lines. Today, the metro system is Canada's busiest subway system in total daily passenger usage.

The commuter rail system is managed and operated by the Agence métropolitaine de transport, and reaches the outlying areas of Greater Montreal. All intercity trains and most commuter trains operate out of Central Station.