US teenager McKenna Dahl is one of her country’s brightest medal hopes in shooting for Rio 2016, and aims to step onto the World Cup podium in 2015. 10 Feb 2015
Imagen 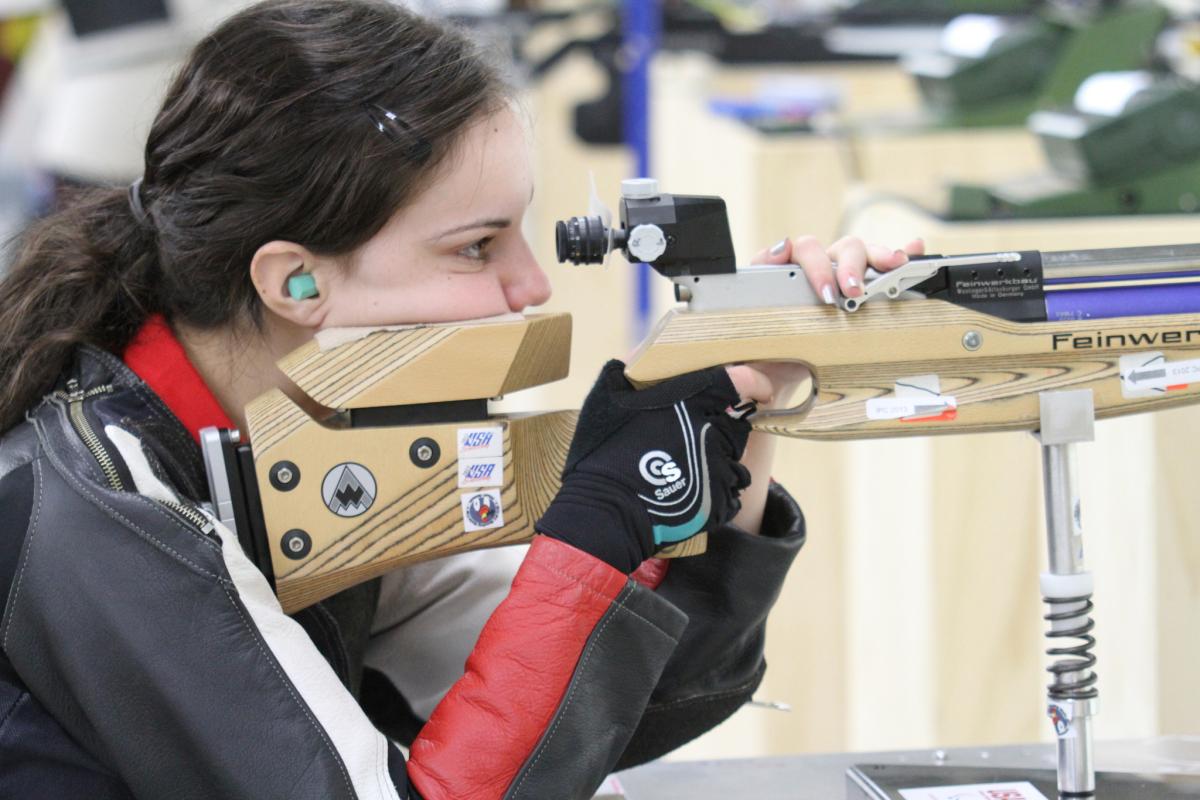 ⒸUSA Shooting
By Jake Smith | For the IPC

“I feel inspired to keep working hard to achieve my dreams and prove to myself that I can accomplish a goal this big.”

The first IPC Shooting World Cup of 2015 kicks off in Stoke Mandeville, Great Britain, from 26-29 March, and 18-year-old US athlete McKenna Dahl is ready to step up her game in the year before Rio 2016.

Dahl recently moved to the Olympic Training Centre in Colorado Springs, after her talent was spotted just two years into her shooting career.

Living and training in the ideal environment, surrounded by like-minded athletes with world class training facilities at her fingertips, Dahl has a gale-force wind in her sails as she kicks off her 2015 campaign.

“My goals increase as the year moves on. I have the quota and MQS [qualification] scores needed to qualify for the Games, but I need to improve personally in order to make myself a podium competitor,” she said. “My main goal is to medal at the World Cups I attend this year.”

Since relocating interstate to the Olympic Training Centre, Mckenna’s scores and results have improved dramatically and with little over a year to go until Rio 2016 it is full steam ahead.

Pushing the limits and eyeing podiums during the World Cup season, Dahl is focused on cementing herself among the top R4 (mixed 10m air rifle standing SH2) contenders in 2016.

“I believe that it will take at least a 637 to make a final in Rio,” Dahl said. “The scores and world records keep getting higher as each competition passes and I know the competition will be fierce at the Games. By the time Rio rolls around, my goal is to be shooting in the 640’s.”

The dedication and sacrifices of being an elite athlete have been felt by Dahl and her family first hand. Her father transformed his own woodwork shop into a makeshift rifle range so that his daughter would be able to train from home whilst finishing her senior years of high school.

“I will never forget the time I spent training in my dad’s shop,” she said. “It’s where I got my start. I would never be where I am now without the opportunities my parents provided for me, by spending the money for the electronic target system, other equipment and tearing apart the shop for me to train at home.”

At London 2012 Team USA sent two shooters, Eric Hollen and Joshua Olson. However athletes like Dahl are inspiring heightened competition and setting the standard for shooting in the USA.

With a Paralympic debut in sight and a podium performance at the forefront, Dahl has the potential to be the next big thing in shooting para-sport.

“I feel inspired to keep working hard to achieve my dreams and prove to myself that I can accomplish a goal this big” she said. “Shooting is a dream, as well as a passion, and I want to take it as far as I possibly can.”

The 2015 IPC Shooting World Cup season features competitions in Great Britain, Poland and Turkey and qualifiers in Australia and the USA.

Summer Sports
Fifteen to look out for at Toronto 2015