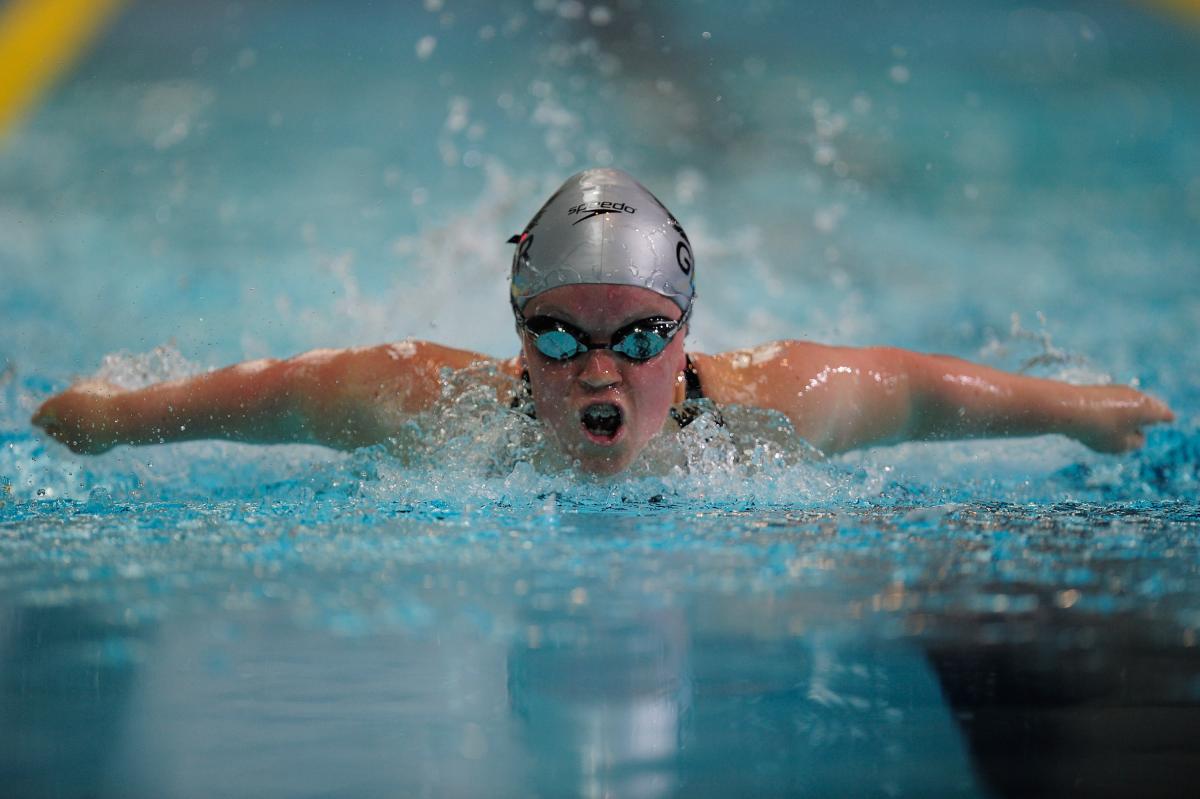 Eleanor Simmonds of Great Britain swims in the SM6 200m IM during the BT Paralympic World Cup Swimming at the Manchester Aquatics Centre.

“I know there is pressure for me to achieve having achieved what I did at Beijing and then London but I know I can cope with home pressure.

It is 100 days out from the IPC Swimming World Championships in Glasgow from 13-19 July and Great Britain’s multiple Paralympic, World and European medallist Eleanor Simmonds knows the value of laying down a marker a year out from Rio 2016.

Simmonds, who secured her selection for Glasgow 2015 at the British Para-Swimming International Meet last week, was satisfied with her performances in what doubled as trials for the British team but knows that an improvement is needed.

“I was happy with some of my heat swims but sadly I couldn't better those heat swims in the finals. I don't know why, normally for me it's the other way around, I swim a lot better in finals.

“Times maybe could have been a bit better in some of my races but I'm going to learn from the mistakes that I've made and hopefully better that and train harder.”

However she does value that the trials have given British swimmers another opportunity to compete at the Tollcross International Swimming Centre ahead of the World Championships this summer, a potential advantage over their international rivals.

This is an important part of the season with swimmers from around the world building for Glasgow, as evidenced by the announcement of Team USA on the same day as the British squad. Simmonds admits to keeping an eye on how her rivals are doing.

One such athlete is Ukraine’s Yelyzaveta Mereshko and Glasgow 2015 will give the British swimmer another opportunity to take her on while trying to defend her 100m freestyle, 400m freestyle and 200m individual medley world titles from Montreal, Canada, in 2013.

At the Euros in Eindhoven, the Netherlands, in 2014, Mereshko beat Simmonds over 100m.

She is also more than aware of the threat posed not only by her international rivals but also by those closer to home.

“China, they're always ones to watch out for especially at a major competition. I've got Australia; who've got a few youngsters and Tanya Huebner [also of Australia] in the breaststroke is one to watch.

“You've also got Charlotte Henshaw, fellow GB [Great Britain] swimmer in the breaststroke so I've got quite a few. But there's a few young GB swimmers coming through like Eleanor Robinson who did a British record in the 50m fly and she's a lot faster than me in that so she's one to watch out for in the future.”

The 20 year old from Walsall is undoubtedly one of the faces of the British Paralympic Movement and with four Paralympic and 13 world gold medals to her name she is somebody the home crowd this summer will expect to medal.

“I know there is pressure for me to achieve having achieved what I did at Beijing and then London but I know I can cope with home pressure. Walking in front of seventeen-and-a-half thousand people in London and the pressure I have then, that was the most nerve-wracking situation I've ever been in and I know that I can cope with that.” 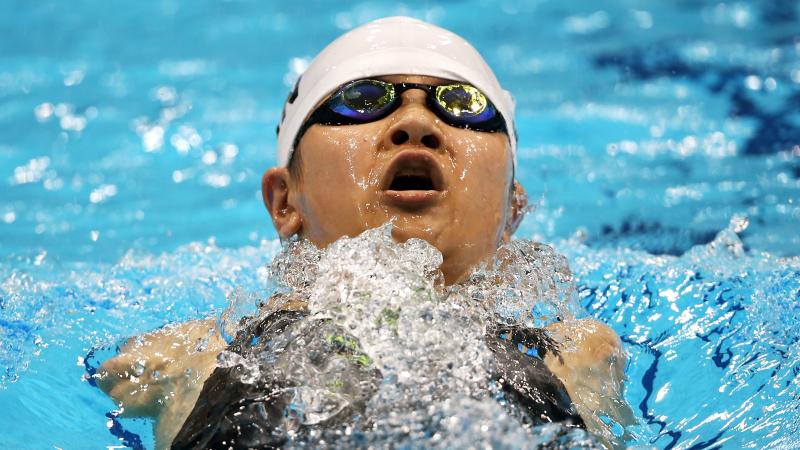 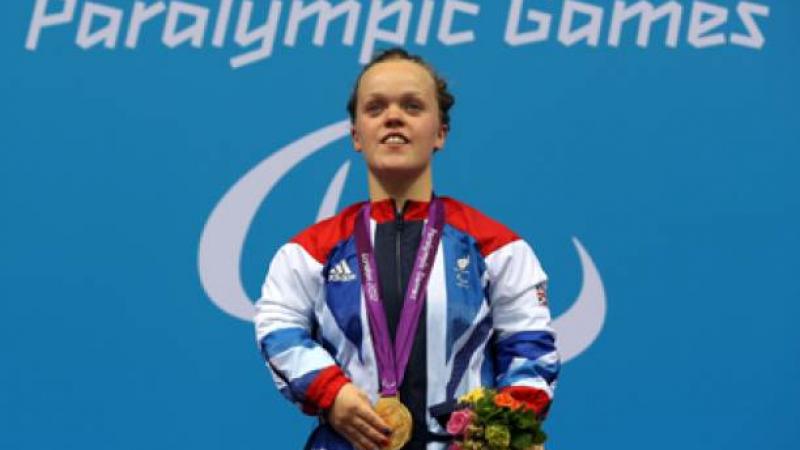