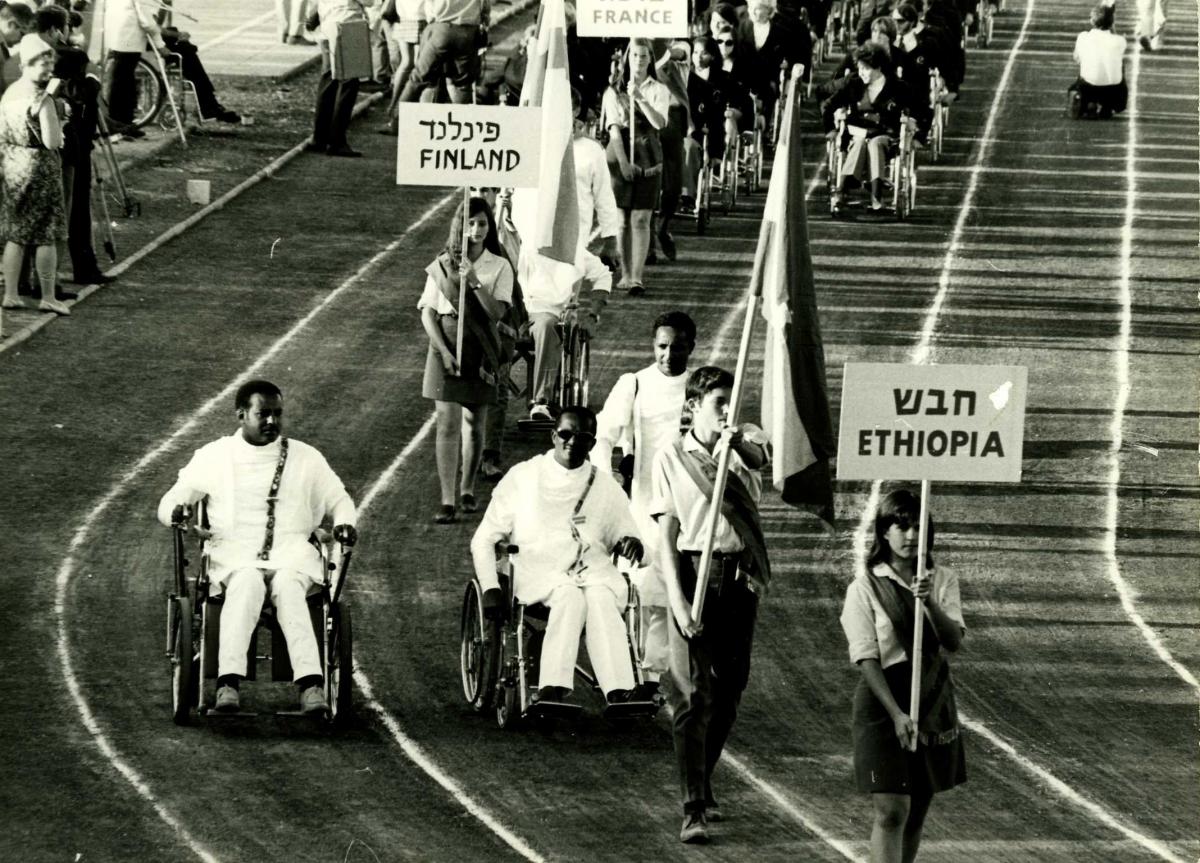 “There were so many spectators that they had to put extra tribunes over on the basketball court.”

Forty-four years ago to the week, Israel hosted the 1968 Paralympic Games in Tel Aviv to mark the 20th anniversary of its independence, but the significance of the Games back then differed greatly to their effects today.

The Paralympics that year were originally scheduled to be held in Mexico City alongside the Olympics, but the Mexican government backed out of its commitment because of technical difficulties.

Sir Ludwig Guttmann, founder of the Paralympic Games, gave the Opening Ceremony speech at the event on 4 November, 1968, before a crowd of 10,000 at the Hebrew University Stadium in Jerusalem.

“It was much more rehabilitation-oriented back then. There were no high-calibre athletes participating in the competition compared to today, where it’s elite sport.”

The Paralympic Games back then had a different meaning than they do today.

“I think it’s different from the Paralympics today and disabled sport was different in Israel and around the world than it is today. I think today nobody could imagine the basketball competition on an outdoor court and the swimming competition in a 25m pool with no electronic scoreboard.”

There were 750 athletes from 29 countries who competed in 10 sports at the 1968 Games, with most of the athletes having suffered from polio or being injured in a war.

USA, Great Britain and Israel finished in the top three in the medal standings, and anybody will tell you the gold-medal wheelchair basketball game between the host nation and the Americans was the highlight of the 10-day event.

Israel upset the USA, 47-37, to claim gold under the leadership of captain Baruch Hagai, who also won two table tennis golds at the Games.

“There were so many spectators that they had to put extra tribunes over on the basketball court,” Bolotin said. “They came from all over the place just to see the game. It was a wonderful day when Israel won the gold medal.”

Israel was one of the pioneer nations in Paralympic sport, according to Bolotin, so a top-three finish in the medal standings was a big deal for the country.

He also noted, though, that more Israelis now appreciate that they hosted the 1968 Games after seeing the London 2012 Games this year.

The likes of wheelchair tennis player Noam Gershony and the sailing crew of Dror Cohen, Benny Vexler and Arnon Efrati made Israeli headlines this summer, and because of that, people have a larger appreciation for Games from 44 years ago.

“London made a big change in Israel,” Bolotin said. 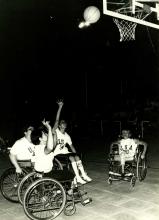 The gold-medal wheelchair basketball game between Israel and the USA was the highlight of the 10-day event during the 1968 Tel Aviv Paralympic Games.