Olivera Nakovska-Bikova might have numerous international titles including the London 2012 Paralympic gold medal to her credit, but to her, every competition is as important as her very first international event in 2001.

At the Al Ain 2022 World Shooting Para Sport Championships, the experienced athlete from North Macedonia won her first gold at the World Championships in the P4 - mixed 50m pistol SH1 event, beating a field of world and Paralympic stars including defending champion Oleksii Denysiuk of Ukraine and India’s Singhraj.

Turkey’s Cavat Karagol claimed the bronze medal with a total of 193.5 points. Singhraj finished fifth after helping his side take the Team silver alongwith Manish Narwal and Deepender Singh (1579-13x).

“After missing out on the Paris 2024 quota in Chateauroux 2022 despite a second-place finish, one of my goals here was to win a quota and of course a medal," Nakovska-Bikova said. "And I am very happy to win the gold here. Every competition is exciting, and I want to be one of the best every time."

We had a couple of thrilling finals on day nine, resulting in gold medals for 🇺🇦 and 🇲🇰!#AlAin2022 | #ShootingParaSport pic.twitter.com/GGAwHUMlrY

The North Macedonian  is the president of a club for sport education for people with disability in Bitola. She feels proud to be in the position of inspiring other women in the country.

“The pressure was big after the first two series in the finals. But I tried to stay focused and calm in my shooting. I hope my results can inspire more women in my country to play sports and make the country proud,” Nakovska-Bikova added.

The other Paris 2024 quota was secured by Iran with their shooter Seyedmohammadreza Mirshafiei ending in the fourth place with 176.4 points.

While Kovalchuk maintained his lead throughout to end with 254.6 points, there was a tight battle for the second place and the quota place with Indonesian Triyanto Bolo pipping Slovenia’s Francek Gorazd Tirsek by just 0.1 point with two shots remaining.

The Slovenian ended in third with 232.6 while Bolo earned the first quota place for Indonesia with 252.9.

WHAT. A. FINAL. But it's Vasyl Kovalchuk who is an #AlAin2022 gold medalist!#AlAin2022 | #ShootingParaSport | @Paralympics pic.twitter.com/lZ9UCFJs9p

“It was a difficult final. I wasn’t looking into the scores, but just focused on my shooting. I am relaxed now after winning the quota place for Ukraine,” said Kovalchuk, who missed out on a podium in R5 final at the Sydney 2019 Worlds.

“We are very happy. This is our first quota for Indonesia. I hope this will motivate the team to better and earn more quotas for Paris 2024.”

The Team event was won by Great Britain followed by Thailand and Korea.

The World Championships will run until 17 November with live action on World Shooting Para Sport Facebook page. Live results will be available here. 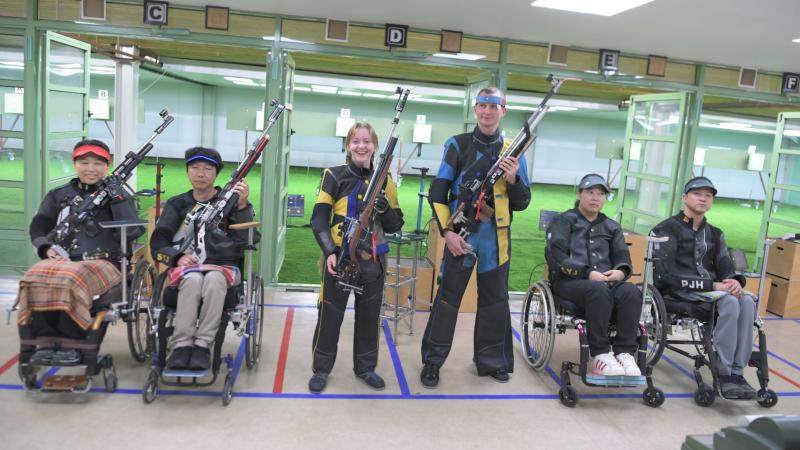 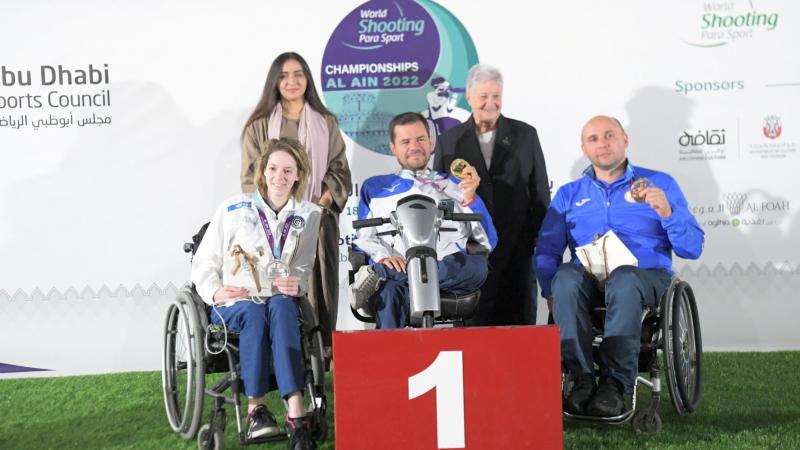 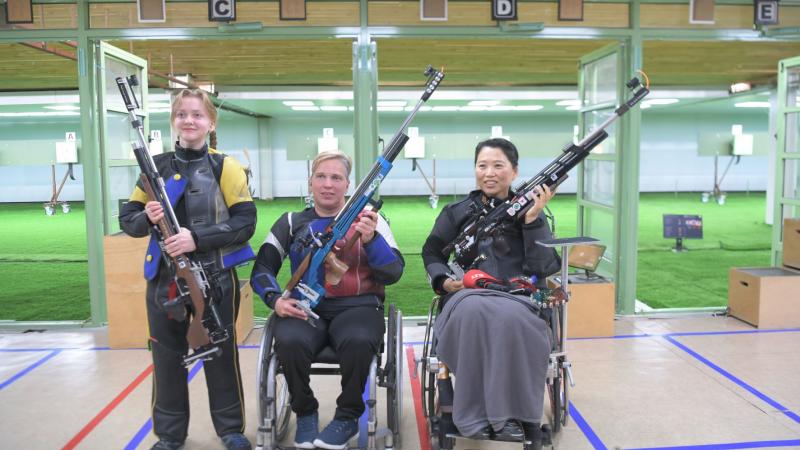 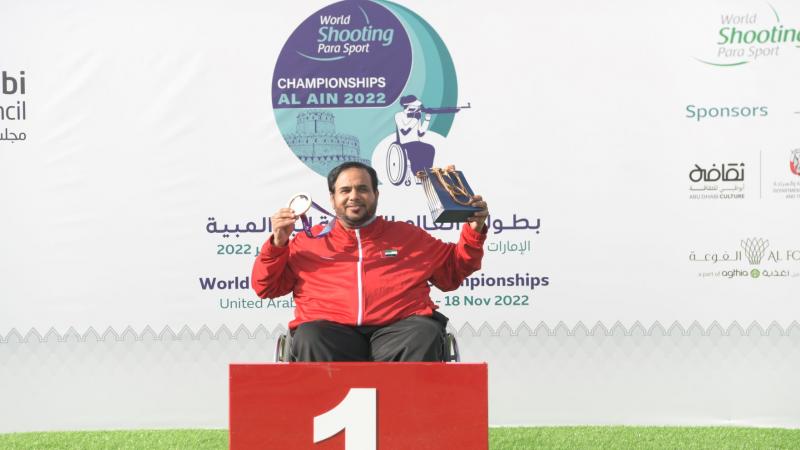 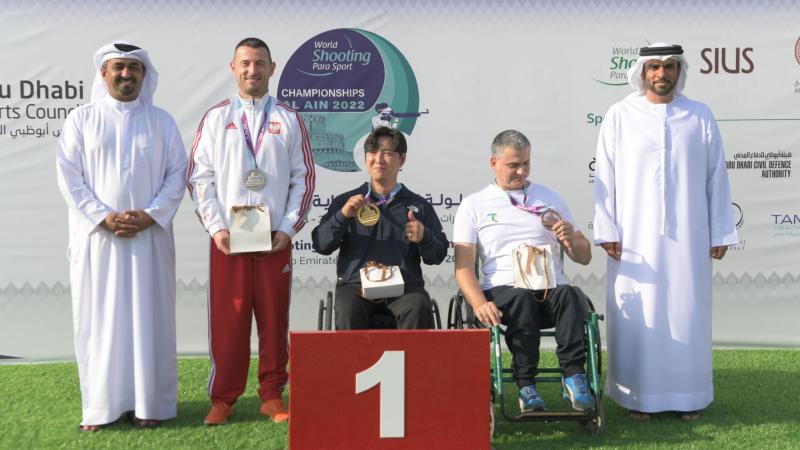 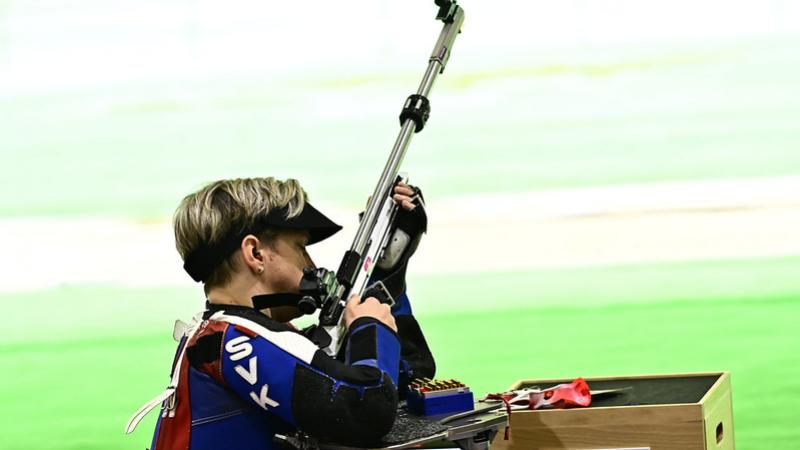 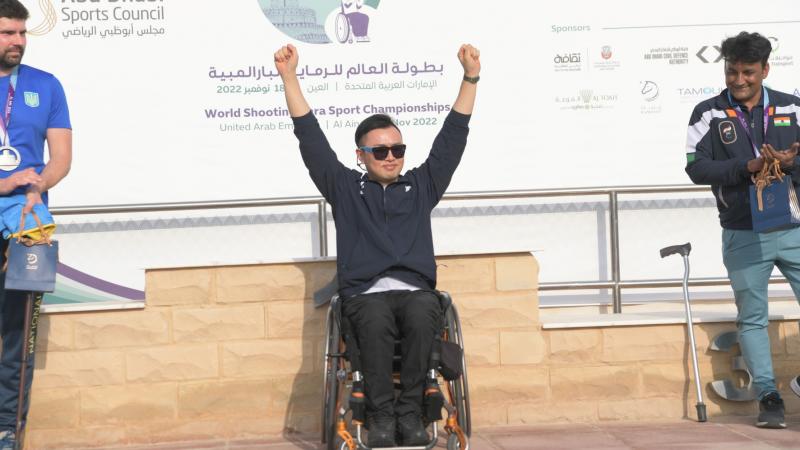