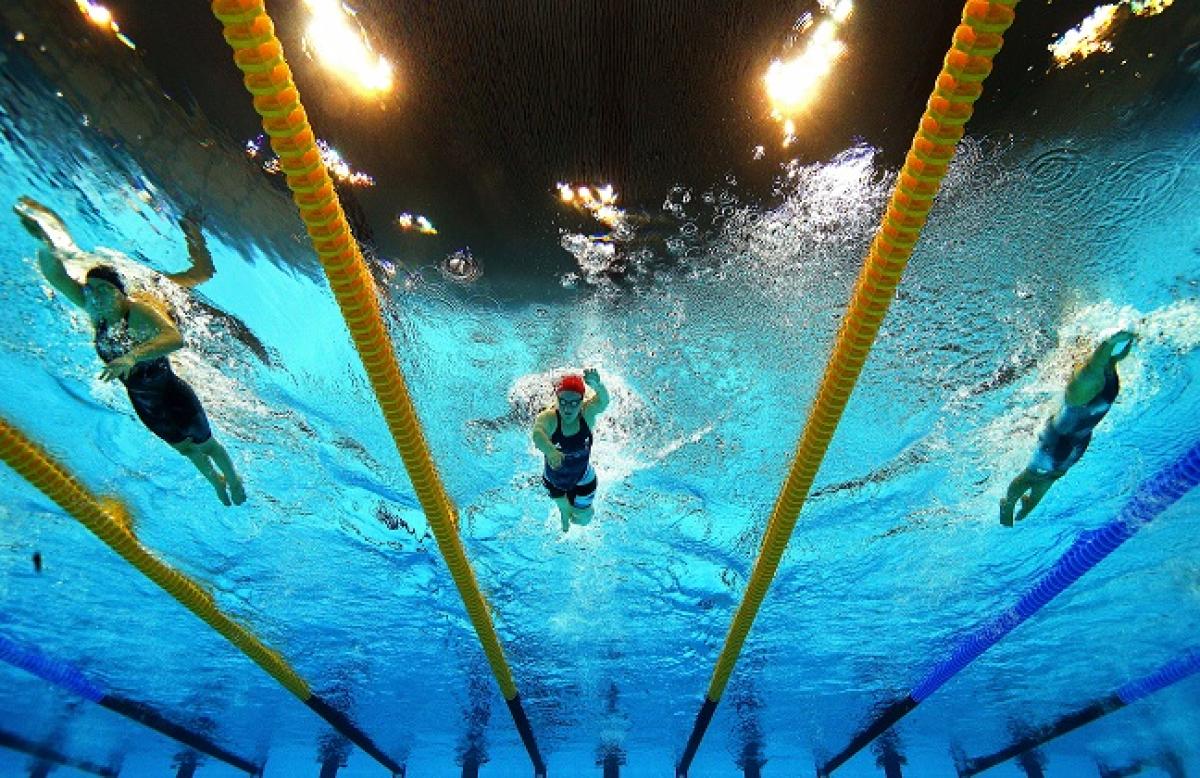 South Africa’s Kevin Paul got the final day of action off to an emphatic start as he smashed the Paralympic record in the men’s 100m breaststroke SB9 with a qualifying time of 1:06.21.

The swimming has reached its final day, and with world records falling in every single session so far, Day 10 was no different.

Daniela Schulte of Germany claimed the only world record of the morning session, as she stormed to 2:48.86 in the women’s 200m individual medley SM11.

Meanwhile, a double breaking of the Paralympic record ensued in the women’s 100m freestyle S6, with Ellie Simmonds enticing the home crowd to their feet, before having her thunder stolen by Victoria Arlen, who equalled her own world record in 1:14.74.

Arlen was left thrilled after the race, she said: “This is my last race and I'm fired up and ready to go. I love the 100 and I'm just going to go all out in the final."

"It's been a rollercoaster of emotions after everything that has happened in the last month, and even the last six months with my health. To have three medals in my first big meeting, it's something I never would have expected. I feel really great and I'm really enjoying it.”

In the headline race of the day – the men’s 4 x 100 34 point relay, Great Britain captivated the crowd by qualifying fastest in 4:22.79 ahead of favourites Australia.

South Africa’s Kevin Paul got the final day of action off to an emphatic start as he smashed the Paralympic record in the men’s 100m breaststroke SB9 with a qualifying time of 1:06.21.

Paul, who has had to wait nine days to get into action, spoke of his qualifying time after the race.

He said: "For the last four years every morning when I wake up and every night before I go to bed this race is what I have thought of. It's been nine days of waiting for this event and a bit tough watching all my other friends performing in the pool and me having to wait.

“This morning I wanted to take it out hard and on the way back and 1:06 is only a second off my PB, so that's good for a morning swim."

Brazilian Daniel Dias is on the hunt for a sixth gold medal at these Games, and qualified fastest once more in the men’s 100m freestyle S5 in 1:14.16.

Teresa Perales is chasing gold in her final event of the Games after winning two silver and bronze medals thus far at these Games. She qualified in second however, behind Nataliia Prologaieva in the women’s 100m freestyle S5.

In the men’s 100m breaststroke SB13, unfortunately only one swimmer wouldn’t qualify for the final and that unlucky person was Sean Russo of Australia, with world record holder Oleksii Fedyna qualifying fastest.

Bozun Yang looks odds on for a gold medal in the men’s 200m individual medley SM11 as he qualified six seconds ahead of his nearest rival.