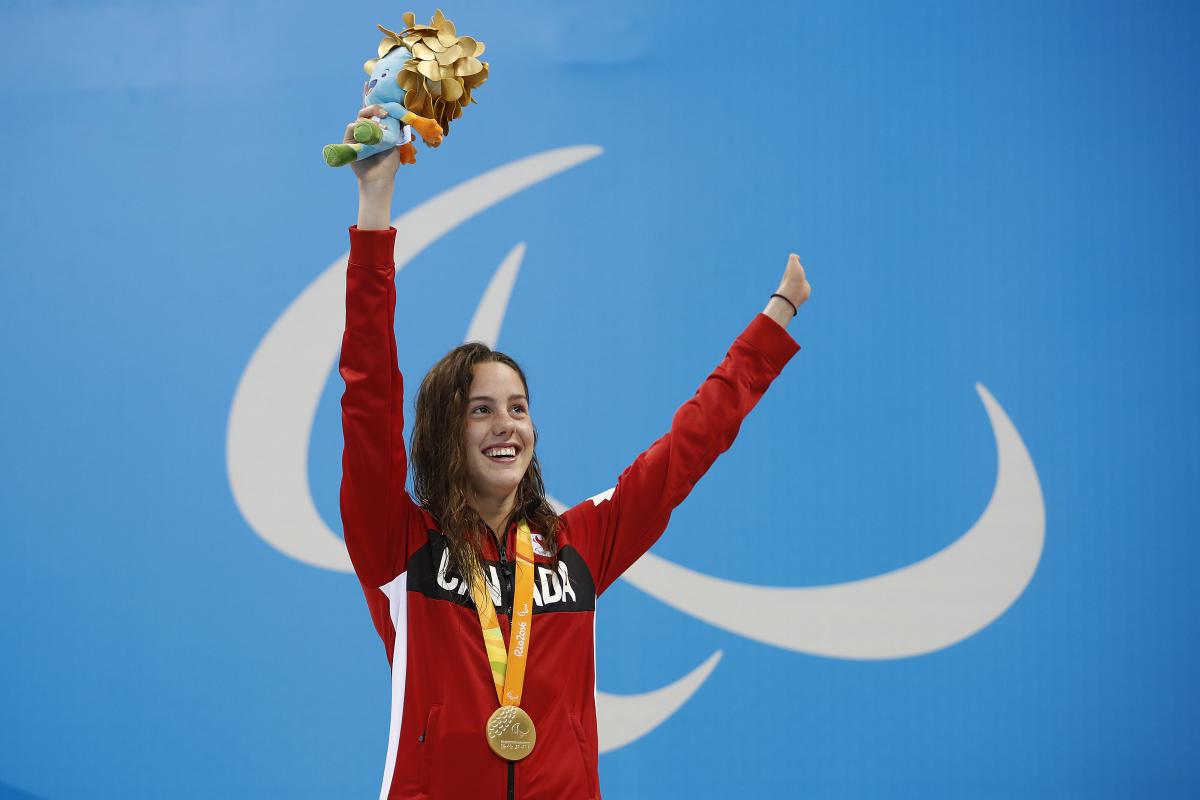 Aurelie Rivard on the podium.

ⒸWagner Meier for the IPC
By Canadian Paralympic Committee

Following her outstanding performance at Rio 2016, Quebec-born Para swimmer Aurelie Rivard was recognised by her home town as female ‘Athlete of the year,’ sharing the award with short track speed skater Marianne St-Gelais at the 44th Gala Sports Quebec on 19 April.

‘’It shows my Paralympic performances were as valorised as those in Olympic sports,’’ said Rivard. ‘’It’s a great honour to get this recognition in Quebec. It’s a wonderful encouragement.’’

St-Gelais won 10 medals in 12 events this season on the World Cup circuit, was crowned world champion in the 150m and also took silver at the worlds in the 500m.

The great performances by both athletes left the selection committee no choice but to give the award to two athletes for the first time.

‘’With two winners it was obviously difficult to pick a clear choice,’’ said St-Gelais. ‘’It shows there is a lot of talent in Quebec. I was against two girls who competed at the Olympics and Paralympics and I figured they would get the nod in a Games year.’’