With 50 days to go until London 2012, Australia revealed its Swimming team, led by Matt Cowdrey and Blake Cochrane. 10 Jul 2012
Imagen 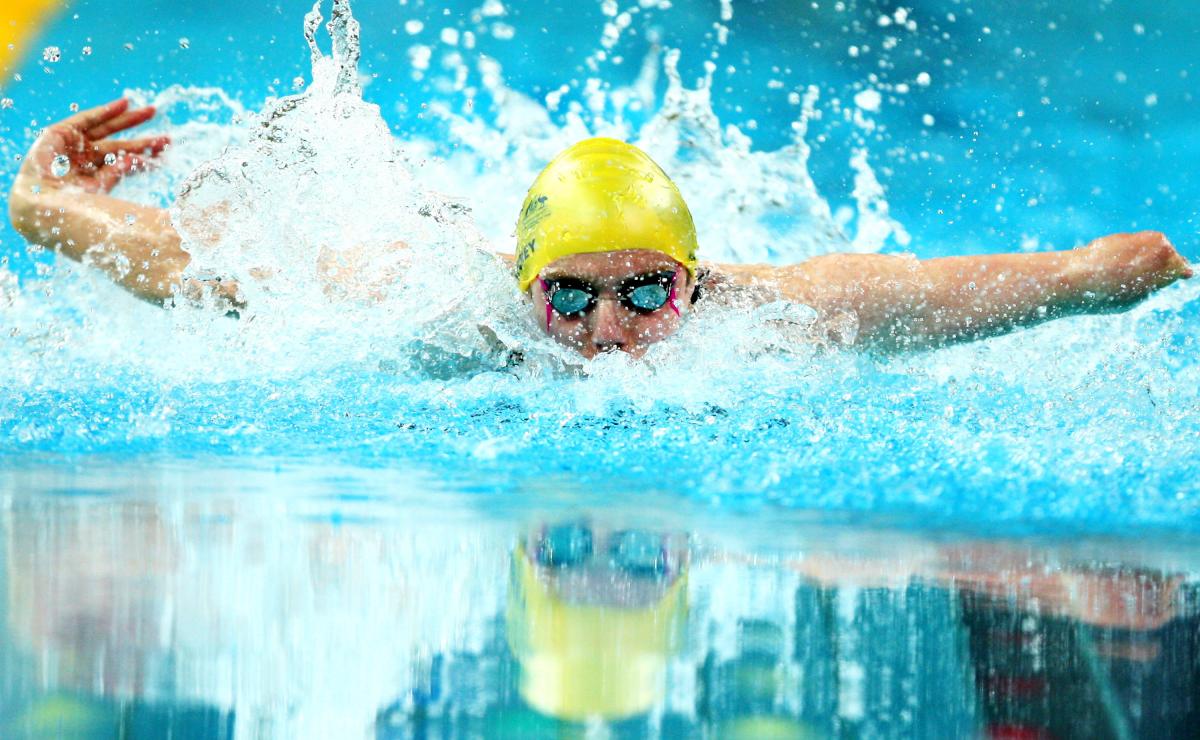 “We are sending a strong swim team and although the competition for medals will be tougher than ever, I have no doubt that members of this team can make their presence felt.”

The Australian Paralympic Committee revealed its Paralympic Swimming team in Canberra on Tuesday (10 July), marking 50 days to go until the start of the London 2012 Paralympic Games.

The 35-strong swim team is the 13th and final sport squad announced for the country, bringing the total number of athletes selected from Australia to 161.

Having won 354 Paralympic medals in swimming – 101 gold, 133 silver and 120 bronze since it was introduced at the first Paralympic Games in Rome 1960 – Swimming is one of Australia’s most successful sports at the Paralympics, second only to Athletics in medals.

“Australians love watching Australians do well in the pool and London will be no different,” Hellwig said.

“We are sending a strong swim team and although the competition for medals will be tougher than ever, I have no doubt that members of this team can make their presence felt.”

Eight-time Paralympic gold medallist Matt Cowdrey will lead the team to his third Paralympic Games as he strives to become Australia’s most successful Paralympian. Cowdrey needs to win three gold medals to top track star Tim Sullivan’s Australian record of 10 gold, and with a programme consisting of eight events, is a strong contender to take the crown.

Cowdrey is joined by three other Paralympic gold medallists Rick Pendleton, Katrina Porter and Matthew Levy, as well as six other current world champions including Blake Cochrane and Brenden Hall. Thirteen-year-old Newcastle teenager Maddison Elliot will also be heading to London as the youngest athlete on the entire Australian Paralympic team.

“This is a swim team that Australia can be proud of and will continue the success Australia has traditionally had in the pool at the Paralympic Games,” head coach Brendan Keogh said.

“We have a number of experienced swimmers on the team who are reaching their peaks as athletes and will be highly competitive in London. We also have a number of athletes going to their first Games who have shown enormous potential at various competitions over the past two years. They could cause some upsets in London.

“Countries like Ukraine, China and the US have always had very good swim teams but this time we’re likely to also see more medallists from countries like Great Britain and Russia who have really stepped up their programs over the last four years.”

The swim team heads to Great Britain on 10 August for the Australian Paralympic Committee’s pre-Games staging camp in Cardiff before the Games begin on 29 August.