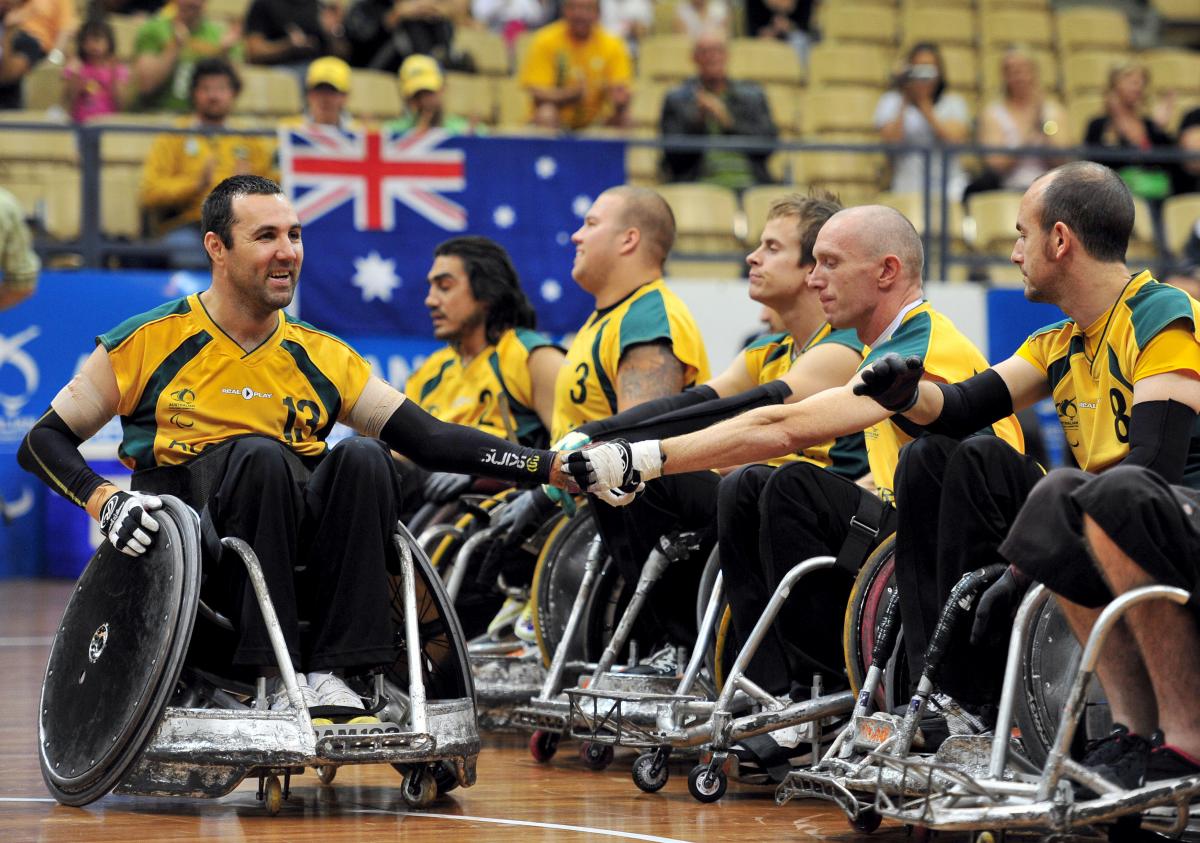 “The game was really intense. It is so hard to play Canada on home soil, they have that cocky nature about them and they really lifted the intensity in the final."

Paralympic champions Australia lifted the 2014 Canada Cup on Saturday (21 June) with a 62-54 defeat over hosts Canada strengthening their favourites tag ahead of August’s Wheelchair Rugby World Championships in Denmark.

In what was a replay of the London 2012 final, 25-year-old Ryley Batt made the difference by romping home an impressive 43 goals on his way to being named the tournament’s Most Valuable Player.

Australia exerted their dominance early, and led 32-27 at the half-way stage.

Canada put up resistance in the second-half, but with such a commanding lead and with Batt imperative to the charge, the Australians held strong to disappoint the strong home crowd at the Richmond Olympic Oval.

“It would have been good to get the newer guys in there towards the end [of the final], but unfortunately the game was a bit too close,” Dubberley said.

Batt, who was influential throughout the tournament, was quick to praise the intensity of the Canadians, but felt it was his side’s fitness levels that helped them secure victory.

Speaking to the Australian Paralympic Committee, he said: “The game was really intense. It is so hard to play Canada on home soil, they have that cocky nature about them and they really lifted the intensity in the final.

“But our physical condition is really good at the moment and it pulled us through the game. We just didn’t want to let Canada think that they were in the game at all.”

The final competition standings are as follows:

For all the results, please visit the 2014 Canada Cup homepage.