"The relay medals are pretty special for me. To be able to win those races and represent your country with three other people is an awesome experience.”

The USA topped the medals table at Barcelona 1992 mainly thanks to the outstanding performance delivered by history’s most decorated Paralympian ever Trischa Zorn, who sealed 10 golds and two silvers.

From all the races the swimmer won, she especially recalls the women’s 4x100m freestyle B1-3 and the 4x100m medley B1-3.

“I always remember the medals I have won with my teammates,” said Zorn, who claimed a staggering 41 golds, nine silvers and five bronze over seven Paralympic Games. “Therefore, the relay medals are pretty special for me. To be able to win those races and represent your country with three other people is an awesome experience.”

She could not rise to the top of the podium in the 100m butterfly B2-3 and 400m freestyle B2-3, being defeated by compatriot Elizabeth Scott in both occasions.

But beyond the competition, Barcelona 1992 is highly-regarded as one of the best Paralympic Games ever due to several things such as its first-class venues, packed stadiums and infrastructural legacy.

“I have very good memories from those Paralympics,” said Zorn. “The village from the housing to the food was good and the people/volunteers were excellent. The sportsmanship among all athletes was very apparent and the vibe during the Games was very positive.”

However, Zorn would have wanted Barcelona 1992 to enjoy more coverage in the USA. “The coverage in my country was not adequate. People in the US were still unaware of the Paralympics. The only ones that were aware were my immediate family and friends who may have kept track through the Internet or by my updates to them.”

Still, the swimming legend admits “there was a historical breakthrough at the 1992 Paralympics. In my opinion, Barcelona did not make the Games about money, but about the athletes and their experiences and talents.

“It was a platform for all athletes to show their abilities, not their disabilities. This was accomplished by broadcasts of the Games in some countries. Athletes respected one another and cheered one another on during all competitions for the purpose of showcasing their abilities to overcome any obstacle or disability they may have acquired or was born with.

“Barcelona 1992 was one of my favourite Games outside Sydney 2000. The two are very similar from the housing, to the village and venues. 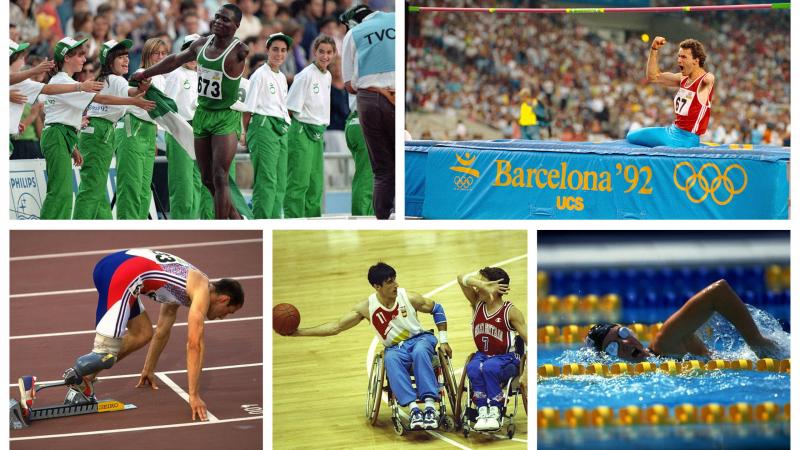