The decision was taken at the 128th IOC Session in Kuala Lumpur, Malaysia. 31 Jul 2015
Imagen 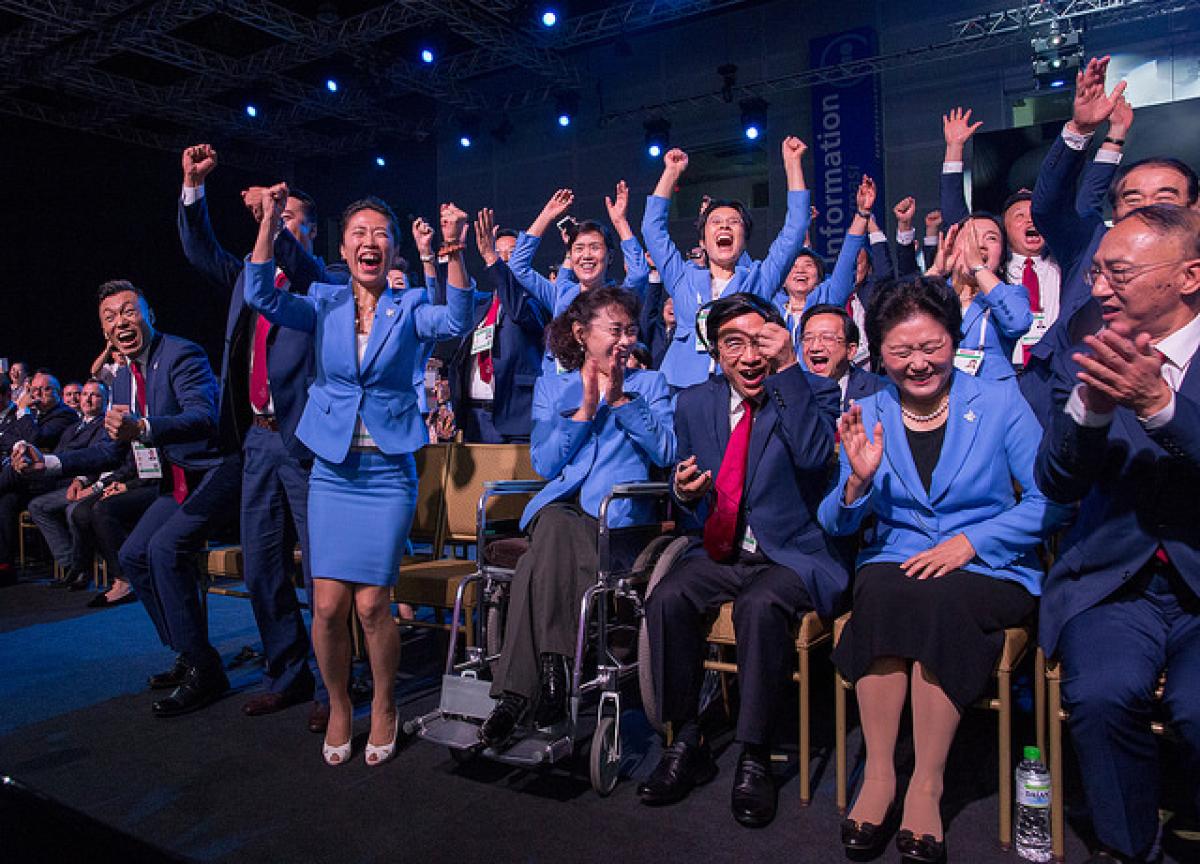 Beijing, China, will host the 2022 Olympic and Paralympic Winter Games

“The IPC look forward to working with the Beijing 2022 Organising Committee over the coming years to deliver a successful Paralympic Winter Games in seven years’ time.”

The International Paralympic Committee (IPC) has sent its congratulations to Beijing, China, after the city was awarded the right to stage the 2022 Olympic and Paralympic Winter Games at the 128th IOC Session in Kuala Lumpur, Malaysia, on Friday (31 July).

Sir Philip Craven, IPC President, said: “I would like to send my heartfelt congratulations from the whole Paralympic Movement to the bid committee of Beijing on winning the right to stage the 2022 Paralympic Winter Games.

“In 2008 Beijing raised the bar for all future summer Paralympic Games, delivering an event that acted as a catalyst for a more inclusive Chinese society and increased participation in summer sport. I am confident the 2022 Paralympic Winter Games can have a similar impact and China could emerge as a Paralympic superpower in winter sports, just as they are now in summer sports.

“Although China made their debut at the Salt Lake City 2002 Paralympic Winter Games they have yet to win a medal and participation in winter sport remains relatively low.

“Therefore I am excited that these Games are a real opportunity for China’s 85 million people with an impairment to engage in winter sport and become more active, not just in sport but most importantly in society.

“The IPC look forward to working with the Beijing 2022 Organising Committee over the coming years to deliver a successful Paralympic Winter Games in seven years’ time.”

At Sochi 2014, China sent a team of 10 athletes and finished fourth in wheelchair curling. Earlier this year the team won the silver medal at the 2015 World Wheelchair Curling Championships in Finland.