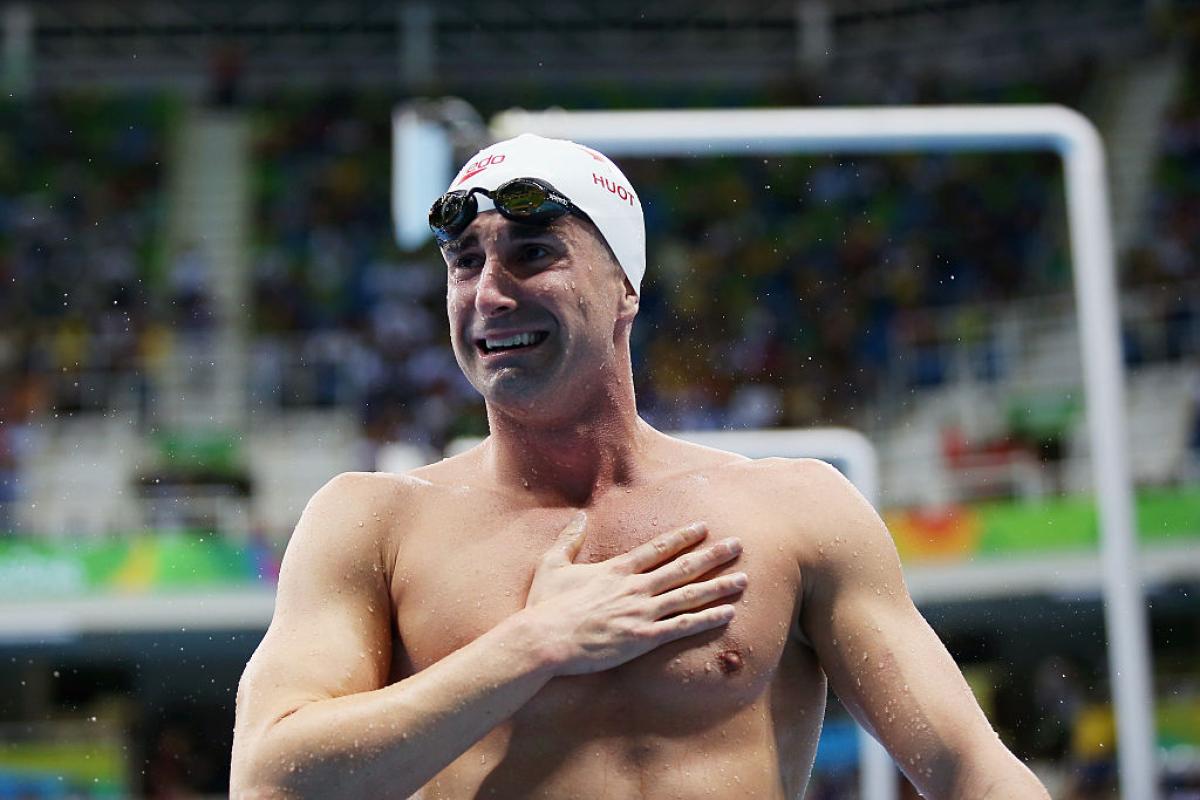 ⒸGetty
By Corey Dempsey | For the IPC

I wish I could swim for another 10 years because I love swimming.”

Benoit Huot shows no signs of slowing down after winning his 20th Paralympic swimming medal at Rio 2016. The Canadian legend is already “looking forward to competing and racing at altitude” at the World Championships in Mexico City, from 30 September-6 October.

The Mexican capital city is located 2,250m above sea level; the first time the 33-year-old will swim at such altitude.

“Swimming Canada has planned for us to be around six weeks before the start of the World Championships in an altitude of training,” he explained.

Huot took a few weeks off after Rio to re-group, visit family and friends. But with just over two months to go until the Worlds begin, the Canadian is now ready to return to competition. “It will be about racing and trying not to put too much emphasis on the actual time,” he said on his goals.

“The Shark,” as he is known by his teammates, still loves to train and compete, even with a career that has spanned almost two decades. Huot made his international debut at just 14-years-old, where he won five medals, including one gold, at the 1998 World Championships in Christchurch, New Zealand.

In Rio, he finished third in the men’s 400m freestyle S10 with a time of 4:04.63. “It is always so special to be on the podium with a maple leaf on your heart. They did an incredible job of hosting a successful Games and growing awareness of Para sports throughout South America,” he said.

Upon winning his 20th medal, Huot was given the Order of Canada. “I was shocked and honoured; I can tell you that I wear the snowflake lapel pin every day with a lot of pride to be Canadian.”

Huot does not plan on retiring for at least another year, with high hopes to compete at the Tokyo 2020 Paralympics. “I will go one year at a time and re-evaluate where I am after each season. I wish I could swim for another 10 years because I love swimming.”