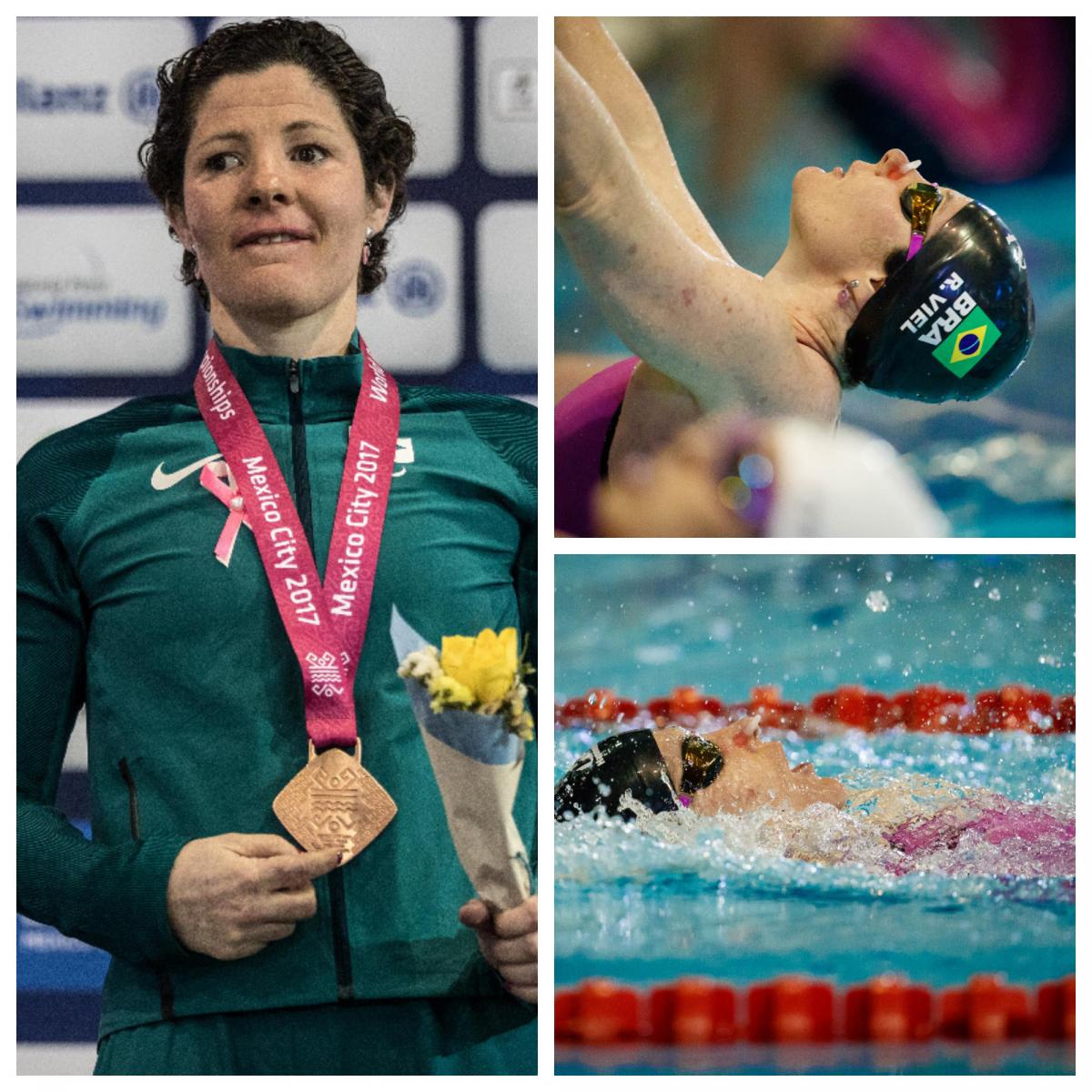 "I dedicate my efforts to all the people who have been through the same disease. I had already won my biggest medal that is my life."

When Brazil’s Raquel Viel left the pool with the bronze medal in the women’s 100m backstroke S12 in the World Para Swimming Championships in Mexico, her first reaction was to share her success with all the women who like her have battled against breast cancer.

It was Viel’s first ever medal in a major event after three World Championships and two Paralympic Games. It was when she returned from the Rio 2016 Paralympics that the Brazilian swimmer was diagnosed with cancer.

Viel had already endured 15 out of the scheduled 16 sessions of chemotherapy when she took part at the 2017 World Para Swimming World Series in Sao Paulo last April.

“I used to feel weak, dizzy but my doctor and my coach discussed and found the best way for me to go on with my career. At the World Series in Sao Paulo I made the time standards to go the World Championships. But I still feel pain in my arm and underarm because of the surgery,” said Viel.

The Brazilian was born with a neurological condition that affected the development of her eyesight. When she was 13 Viel lost her mother to breast cancer.

Viel began competing in 2009. Prior to MexicoCity 2017, Viel's biggest career achievement was the gold medal in the women’s 100m backstroke S11-S13 at the Toronto 2015 Parapan Am Games.

“It was difficult but I made it. I didn’t expect to win a medal in the World Championships because I trained less than usual this year due to the treatment. I travelled to Mexico to celebrate the end of my treatment. I thank all that have been by my side during all this period, my family, friends, coaching staff and my doctor Vivian” she said.

The doctor sent Viel a message before the 100m backstroke S12 final in Mexico telling how much she admired the swimmer and how proud she was of her. The Brazilian athlete still is under medication and is submitted to medical check-ups every two months.

In her next appointment, Viel will have a World Championships medal to show. And this is just the new beginning.

“All process is very difficult but we cannot give up, we cannot lose the will to live. It is about waking up every day and telling yourself you’re going to win. Nothing we do is in vain. We take lessons from everything, even in the most difficult moments we can find strength to move on.”