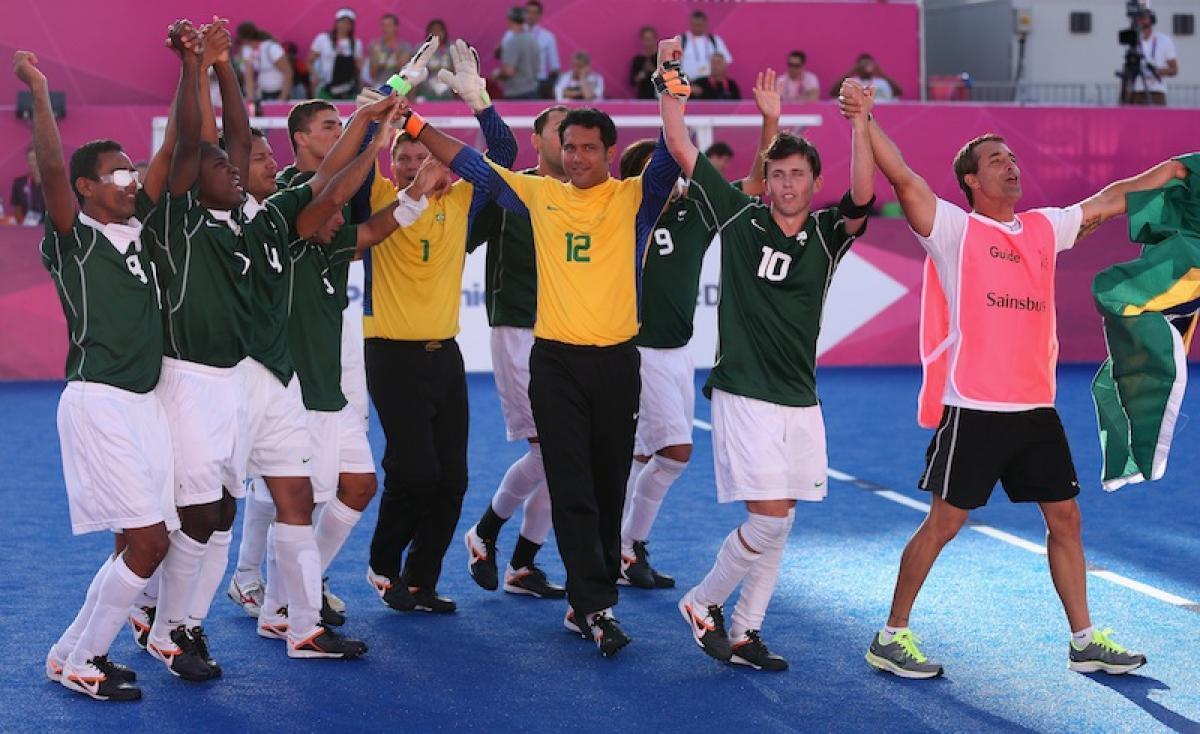 "It has been an amazing time for us here in London and we are delighted to get another gold."

Brazil remained the kings of football 5-a-side with a 2-0 victory over European champions France in the gold medal game at the Riverbank Arena.

Their top finish in London means they are still undisputed champions, winning the first three Paralympic gold medals since Athens 2004.

The French came into the final without conceding a single goal, but that record was tarnished with a penalty on 22 minutes. Gabriel Da Silva scored from the spot to grab the lead for the Brazilians before Jefferson sealed the emphatic win in the closing stages.

“It was one of the most difficult tasks of our lives,” Jefferson said. “It has been an amazing time for us here in London and we are delighted to get another gold.”

Early in the first half Ricardo and French forward Frederic Villeroux exchanged shots on goal, challenging both goalkeepers to produce excellent saves.

The Brazilians were awarded a penalty moments before half-time as Ricardo was tripped in the area by Abderrahim Maya. Da Silva, who has won the previous two golds in Athens and Beijing, converted the spot kick with ease, placing it straight in the middle of the goal.

Five minutes into the second half, Ricardo wriggled his way through to line up a shot. The crowd gasped as the ball clipped the crossbar.

Jefinho had a shot that was blocked by French goalkeeper Jonathon Grangier, but he eventually claimed the winning goal.

He ended the game with a brilliant solo run and finish, skipping past three players and forcing the ball over the line despite French legs trying to clear the effort away.

France could have climbed back they had scored the two penalties given to them by Brazil because they were over the three foul limit.

David Laberre struck the ball with powerful force from the nine metre spot but Fabio Ribeiro Vasconcelos palmed it away to keep his clean sheet record alive.

France kept pushing to find some consolation as the Brazilians held on for victory. They are still the only country to step on the top of the podium in football 5-a-side.

Spain collected the bronze medal with a 1-0 penalty shoot-out result over Argentina after the game finished 0-0 in regular time.

Argentina beat Spain for the bronze medal in the same circumstances four years ago, but 2012 was a different story.

Antonio Martin was the hero once again for Spain, firing in the deciding penalty.

Argentina missed all three of their penalties, with Lucas Rodrigues clipping the crossbar and Spanish goalkeeper Alvaro Gonzalez Alcarez punching away the other two attempts for the valued bronze.

Earlier in the final day of competition, 2008 silver medallists China finished fifth with a 1-0 penalty shoot-out victory over newcomers Iran.

Hosts Great Britain finished seventh as goals from captain David Clarke and Keryn Seal helped them to a 2-0 victory over Turkey. 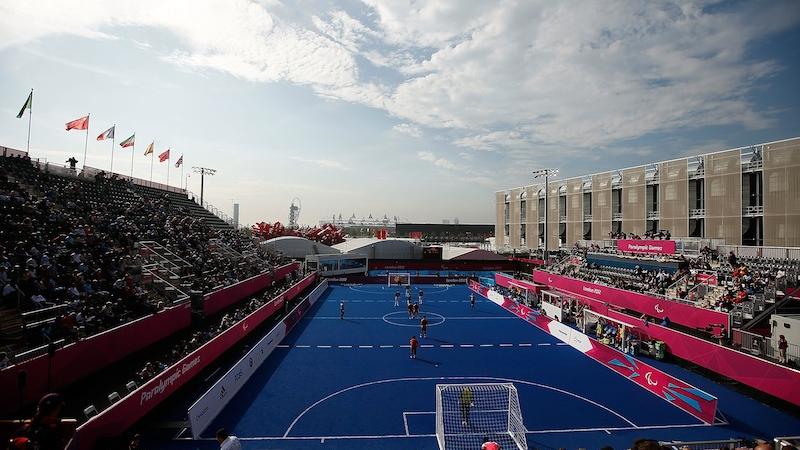