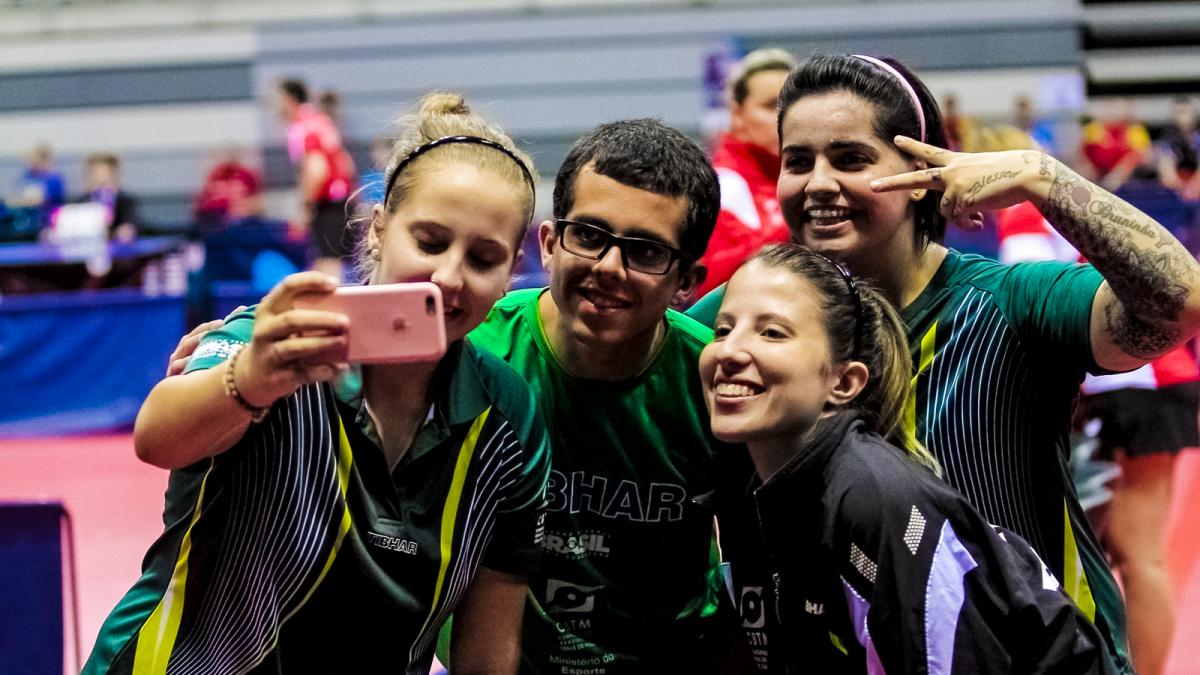 ⒸITTF
By IPC and ITTF

“We came to Bratislava with the aim of being World Champions. I am pleased that we were able to achieve this dream,” Alexandre said. “In the final, the doubles was very tough, as the Turkish players changed their strategies throughout the game. We had to keep finding ways to solve problems during the match; what stood out was our team spirit, we practice together regularly in Brazil.”

“Prior to the tournament, I had one dream which was to organise the tournament and to sing the national anthem,” Riapos said. “I am very happy that I’m able to fulfil this dream now. Two months ago, I beat Fabien at the Hungarian Open. Today we had home ground advantage and most importantly we won the doubles match; that relieved the stress on us.”

Ukraine’s Maksym Nikolenko followed up his gold medal success from Rio 2016 by teaming up with Mykaylo Popov to take the men’s class 7 title. The Ukrainian tandem defeated Thailand’s Rungroj Thainiyom and Charlermpong Punpoo.

“Prior to the World Championships, we had a lot of good practice sessions and prepared very hard. Mykhaylo and I have very good team spirit; we supported each other during the doubles match. Playing against Thainiyom, I tried to play with my forehand as much as I could; it is not so effective playing with my backhand,” Nikolenko said.

Complete results from the 2017 Para Table Tennis World Team Championships can be found at the ITTF’s website. 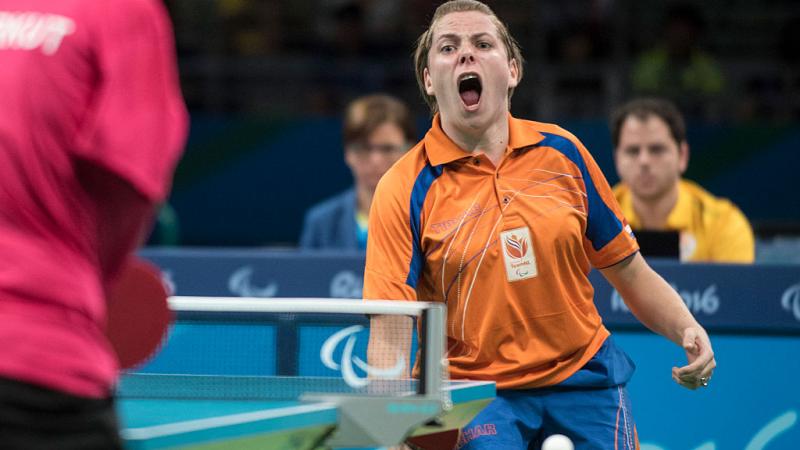 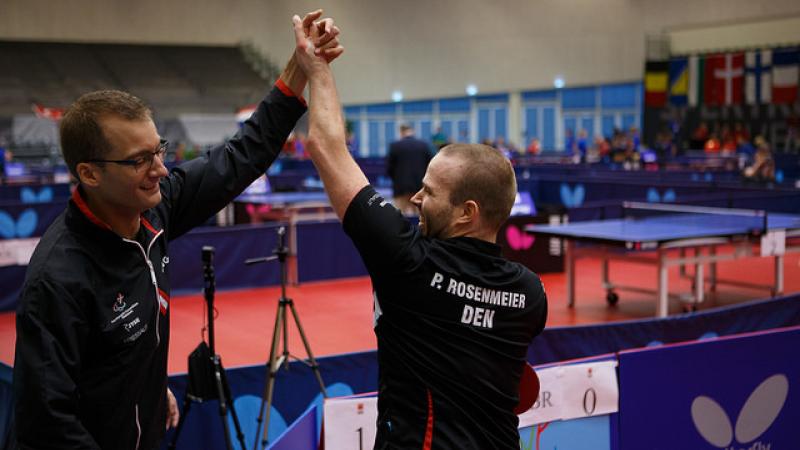