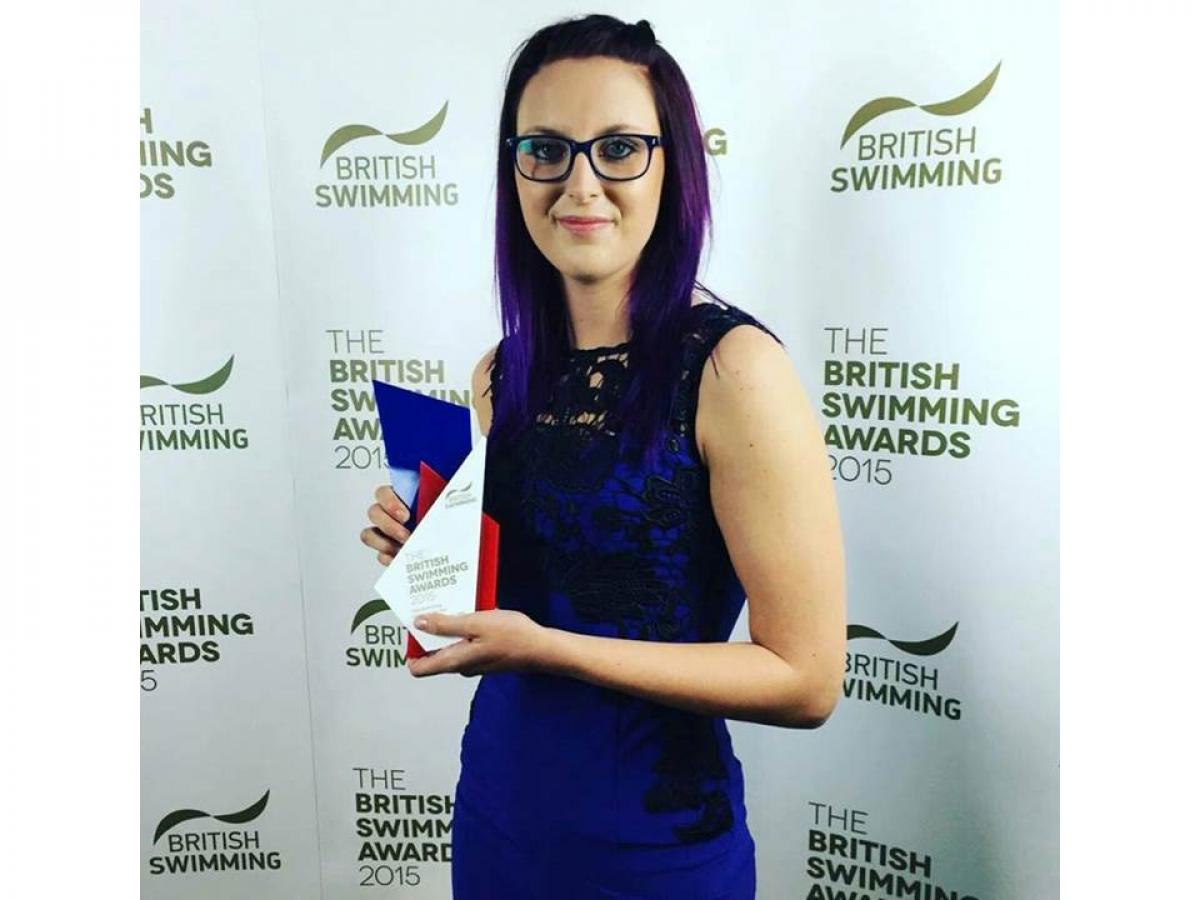 INAS – the International Federation for sport for athletes with an intellectual disability – has announced that Great British swimmer, Jessica-Jane Applegate MBE, has agreed to become an ambassador for the organisation.

Applegate competes in the S14 classification. Her rapid progress to success started in 2011, when she won bronze in the 50m freestyle competition at the British International Disability Championships at 15 years old. Twelve months later, she was selected for the London 2012 Paralympic Games, where she won gold in the 200m freestyle and set a new Paralympic and British record.

As Great Britain’s lone Paralympic gold medallist in the S14 class, Applegate was awarded an MBE (Member of the Most Excellent Order of the British Empire) in the 2013 New Year Honours for services to swimming. Applegate has continued to build on this success, accumulating more than 75 new British swimming records and recently being awarded Para-athlete of the Year at the 2015 British Swimming Awards.

Speaking about her new role, Applegate said: “I am very excited to become an ambassador for INAS. INAS make it possible for people with an intellectual disability to be able to compete at an international level. They open up the pathway to enable athletes like myself to compete on the international stage against the best ID [intellectually disabled] athletes in the world. I have no doubt this has helped me become the Paralympic athlete I am today. I also think it is very important to support everyone that supports you. Their work as a charity is massively important to athletes at every level. Please join me in supporting them.”

Nick Parr, INAS Executive Director added: “With such a busy training and competition schedule to maintain, we are really honoured that Jessica-Jane has accepted this role. INAS has ambitious plans to support more athletes in more nations, and - through her incredible performances - Jessica-Jane is an inspiration to all athletes with an intellectual disability. Her support for INAS will help us achieve our mission – particularly with the Rio Paralympic Games less than a year away - inspiring a new generation of athletes to get involved.”

INAS promotes inclusion in sport and competitive opportunities for athletes with an intellectual impairments in 14 sports across 77 countries, representing 130,000 athletes worldwide.