Brussig sisters dominate on the first day of the judo competition 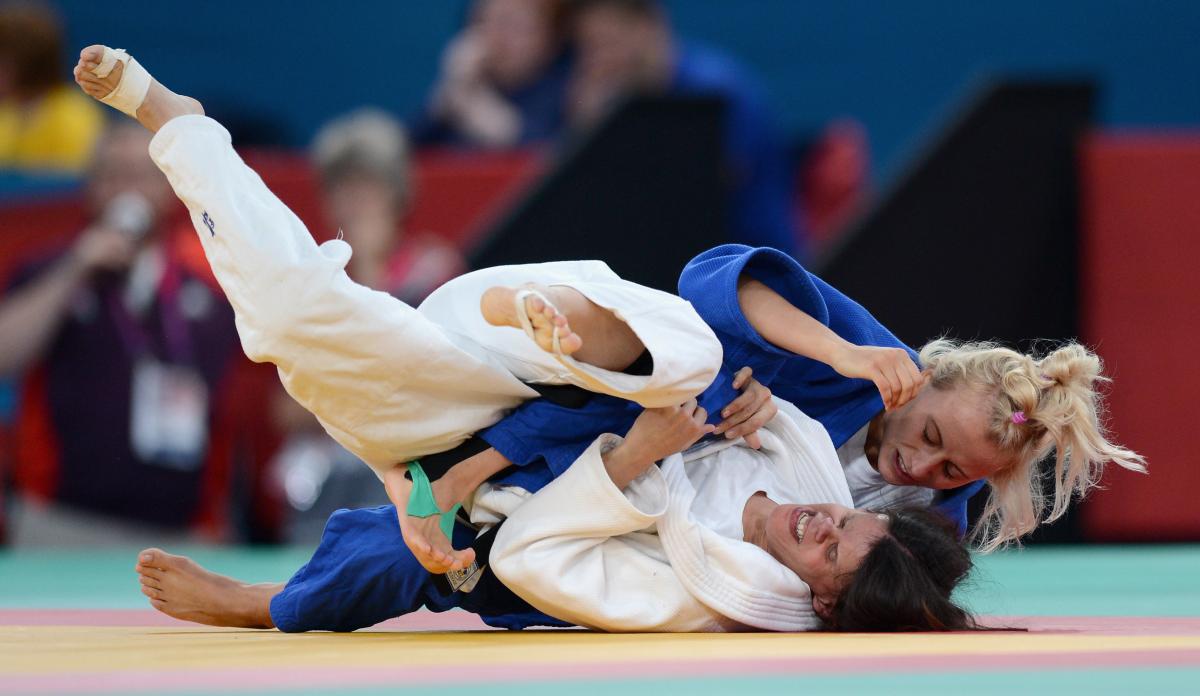 "If I got a gold I promised myself I would do a somersault, but she was too strong for me today so I did a handstand instead."

ExCeL was rocking all afternoon as the closing stages of the men’s -60kg and -66kg, and women’s -48kg and -52kg titles, were fought for.

There was some upset in the morning session by way of two defending champions being knocked out in the quarter-finals. Both Moloud Noura and Sid Ali Lamri lost out in the -60kg and -66kg divisions respectively; luckily both had the safety net of the repechage to fight for bronze.

The first medal of the London 2012 Paralympics judo competition went to Yuliya Halinska of Ukraine, who swiftly took out Bayram Mustafayev of Azerbaijan in just 12 seconds in the -48kg division.

Victoria Potapova of Russia entertained the crowd with her trademark celebration of walking on her hands as she secured the second bronze medal in the -48kg division.

She said: "This is my third bronze and I've been doing handstands at all previous events. If I got a gold I promised myself I would do a somersault, but she was too strong for me today so I did a handstand instead."

The roof was raised in both of ParalympicsGB’s Ben Quilter contests in the afternoon session. Quilter was knocked out in the quarter-final, but in the last contest of the morning session sealed his position in the -60kg repechage final.

Quilter had to overcome a late injury six weeks ago which left him unable to walk, but he closed his repechage final with two swift waza-ari to dispatch Ronald Hawthorne of the USA.

The roar of the home crowd and the stamping of feet were supercharged for Quilter’s bronze medal contest, and he finished his campaign in style with a long hold to secure ippon against Takaaki Hirai of Japan, and a bronze medal.

Defending champion Noura fought his way back through the repechage to secure a bronze in the -60kg division, as did the defending -66kg champion Lamri to secure his bronze with a punishing ippon against David Garcia del Valle of Spain.

In the final bronze medal match in the -66kg division, Japan’s Makoto Hirose gave away far too many errors, committing three penalties and giving Marcos Falcon of Venezuela not just the lead, but the bronze medal as well.

It was ippons all round for the women’s -52kg division bronze medal matches, with Michele Ferreira of Brazil and Nataliya Nikolaychyk of Ukraine both securing their places on the podium.

Carmen Brussig of Germany improved on her performance from the 2008 Beijing Paralympics by becoming Paralympic champion in a hard fought match against Lee Kai-Lin of Chinese Taipei in the -48kg division.

Brussig’s sister Ramona was in for a bigger challenge as she faced a repeat of her final contest from the 2008 Paralympics, where she walked away with the silver medal in the -52kg division.

Brussig, the Athens 2004 Paralympic champion, never left the spectators in any doubt over who was going to win as she confidently moved for and achieved ippon within the first 20 seconds of the contest against Wang Lijing of China. The Brussig sisters both be walked away with a gold medal.

"We do everything together," said Carmen. "We get up together, then we take a shower - which we actually don't do together - then we have breakfast together, check out how we feel, then we go to the competition hall."

Both the men’s gold medal matches were swiftly dispatched with an ippon. Ramin Ibrahimov of Azerbaijan achieved ippon within two minutes against Li Xiaodong of China in the -60kg division.

However, the star move of the gold medal matches goes to Davyd Khorava of Ukraine in the -66kg gold medal contest, with Zhao Xu of China down for ippon just 16 seconds into the contest.

Zhao was gracious in defeat. He said: "I am still young. It is an honour to come to such a big stage, but hopefully I will get a gold medal in the future." 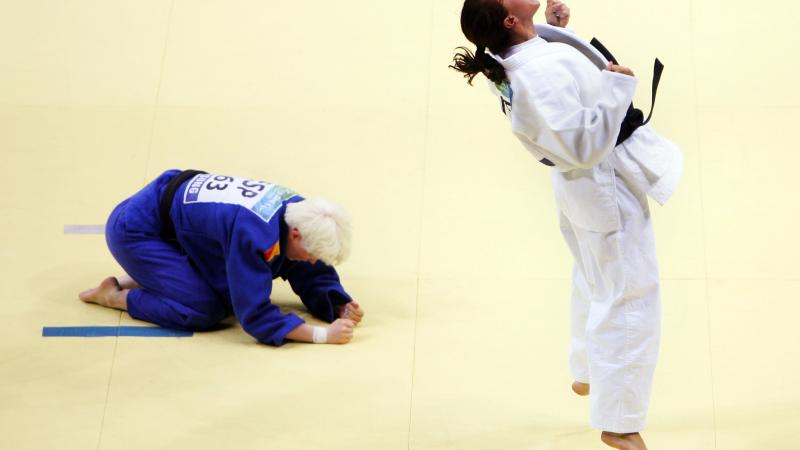 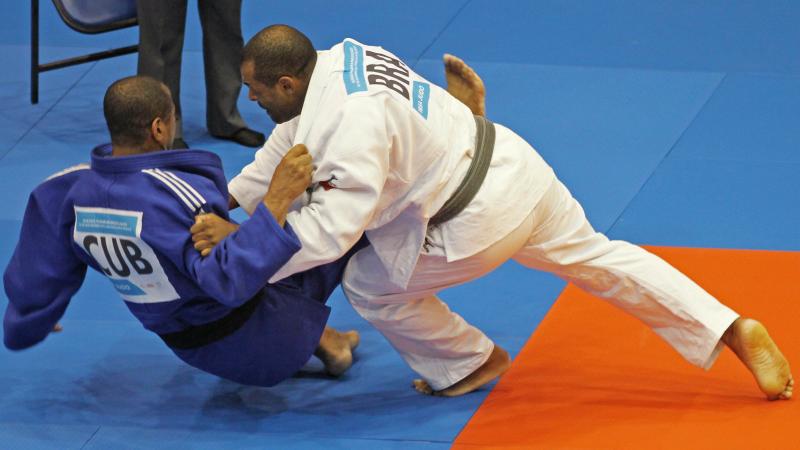