Athletes recognised for their performances at the Pan Pacific Para-swimming Championships. 03 Dec 2014
Imagen 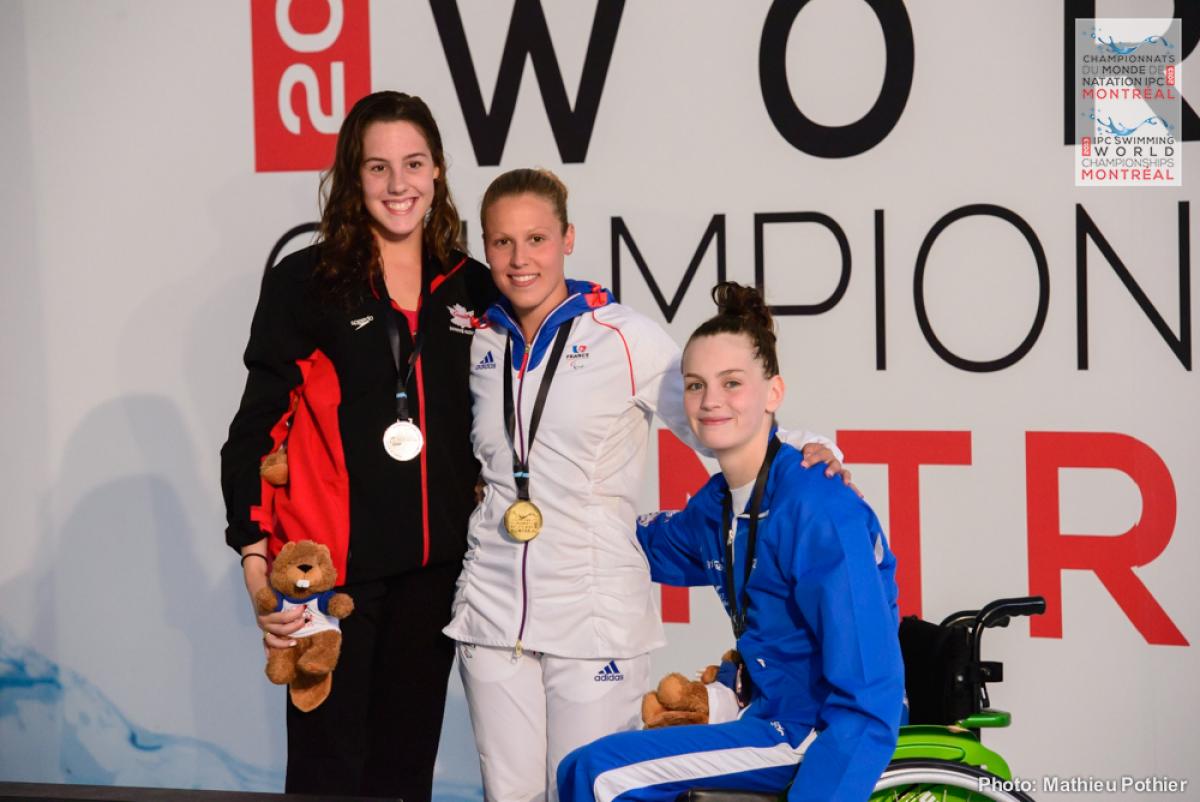 Aurélie Rivard with her silver medal at the Montreal 2013 IPC Swimming World Championships.

After an injury-plagued 2013, London 2012 Paralympian Stein, 22, broke two of Paralympic legend Benoit Huot’s national records in the S10 category in Pasadena on his way to winning gold in the 100m butterfly and silver in the 100m freestyle.

In the butterfly, Stein smashed Huot’s previous mark clocking 57.77 seconds and in the freestyle he finished in 52.86, almost a half second better than Huot’s standard. Huot, a 19-time Paralympic medallist, has won the award 10 of the last 11 years.

At the same event, Rivard won gold medals in the 50m, 100m and 400m freestyle S10, setting a Canadian record in the 100m. She was also the silver medallist in the 100m backstroke and the 200m individual medley and helped Canada to bronze in the 4x100m freestyle and 4x100m medley relays.

That performance came on the heels of her bronze medal in the 200m individual medley at the Commonwealth Games in Glasgow, Great Britain. Rivard was also one of only three para-swimmers to represent Canada at the Games, where she also finished fourth in the 100m breaststroke.

"There were two highlights for me this year. One was setting the Canadian record in California, but the other was winning the bronze medal in the 200 IM at the Commonwealth Games in Glasgow,” Rivard said. “Winning this award is the payback of all the efforts I put in and out of the pool all year. I feel grateful and honoured. It proves that all the sacrifices and hard work I did paid off."

Rivard’s next major meet begins in Edmonton, Canada, as the top para-swimmers from Canada, the US and other countries gather for the Can-Am Championships from 5-7 December.

Rivard’s coach at the Club de natation du Haut-Richelieu, France Latendresse, will also be recognised with a Big Splash Award as Team Aquatic Supplies Coach of the Year (Female Para-Swimmer).