Federation chief talks of pride in growing strength of the sport in Brazil after bronze-medal success at Rio 2016. 16 Sep 2016
Imagen 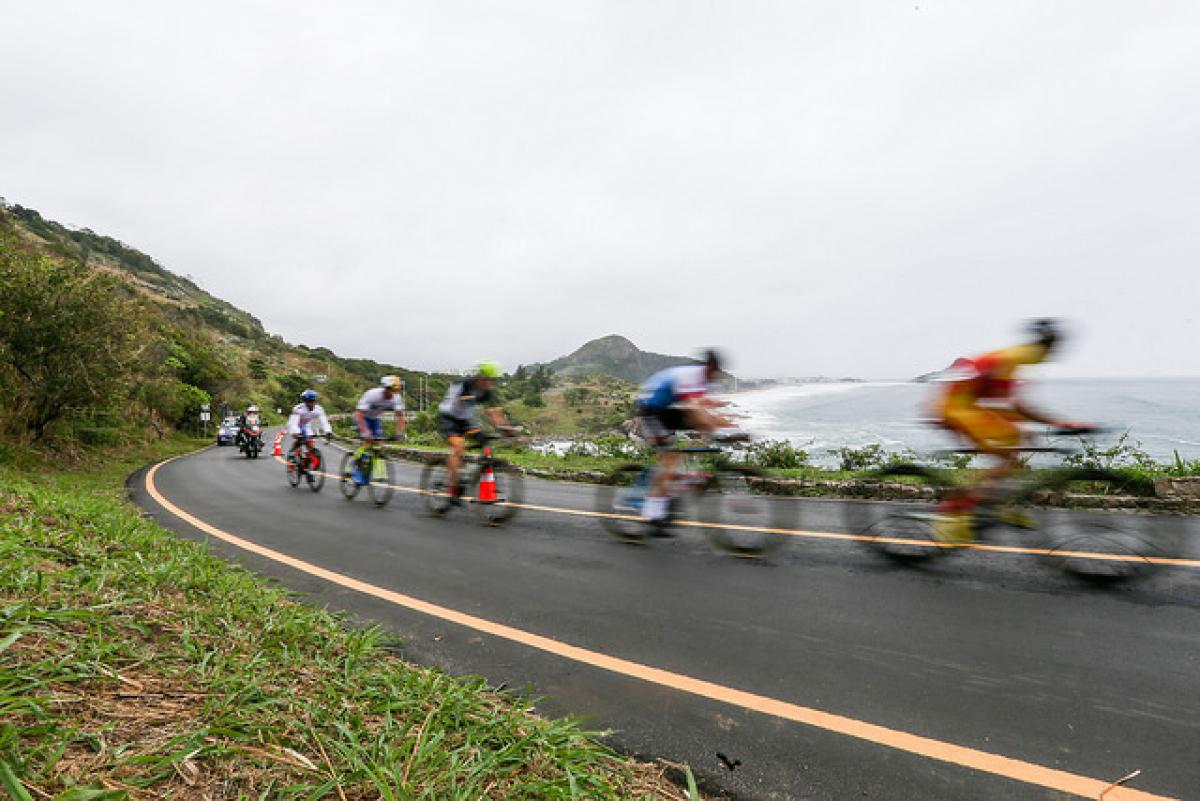 ⒸRioi2016
By By Silvestre Cirilo | for the IPC

The first Brazilian ever to win a medal in Paralympic cycling – either on the road or the track – has spoken of his pride in his achievement.

Lauro Chaman made history at the Rio Games when he took the bronze medal in the time trial C5 on Wednesday (14 September) in Recreio dos Bandeirantes.

His time of 37:37.43 was not enough to overtake Australia’s Alistair Donohoe, who claimed silver in a time of 37:33.36. The Ukraine’s Yehor Dementyev claimed gold in 36:53.23, having already won gold in the C5 4000m individual pursuit at the velodrome on 10 September.

Reflecting on his success, Chaman said: “I can only thank everyone who supported me to get here and who helped me win this result. I was not expecting a medal because here has only the best and I knew it would be difficult.”

Chaman adopted a controlled strategy targeting a steady lap pace and that kept him in contention for the entire race.

His success comes on the back of a number of good performances which have seen him reach the podium in several events, including some stages of the cycling World Cup and also in the World Championship, plus three medals at the Toronto 2015 Para Pan-American Games.

Now he has added a Paralympic medal to his name.

José Luiz Vasconcellos, president of the Brazilian Cycling Confederation, said Chaman’s success was proof of the growing strength of the sport in Brazil.

“Brazilian Para cycling has a lot to celebrate,” he said. “Our athletes showed that they are growing exponentially, fighting on equal terms with experienced cyclists on the world circuit, and we are also putting representatives in more than one class, which confirms the potential for the country to grow even more in the sport.

“Certainly the medal claimed by Lauro and everything we’ve seen so far, and will see in the coming days … will attract more practitioners for the sport and also help to strengthen the work of the athletes who are already on this journey.”