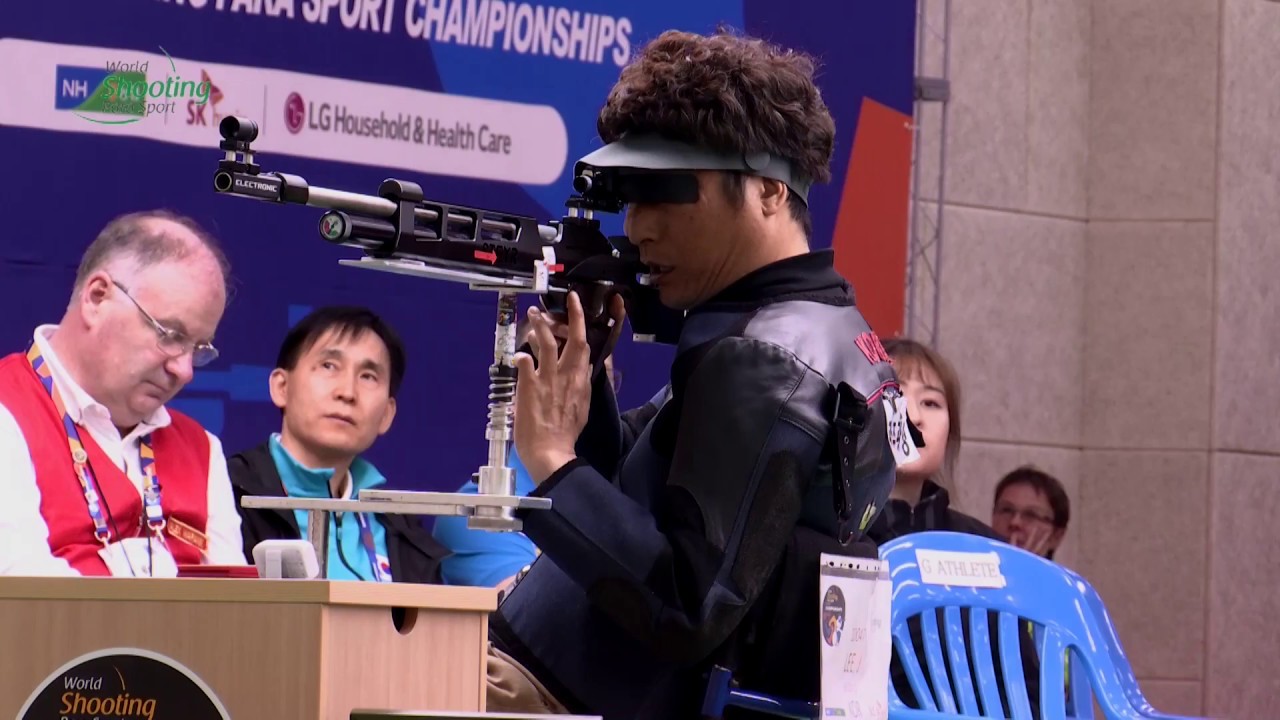 A nail-biting final on day two saw Jiseok Lee come away with the host country’s first gold at the 2018 World Shooting Para Sport Championships on Saturday (5 May) in Cheongju, South Korea.

“I think that I did everything as best I could,” Lee said. “I feel like I received a gift.”

The 44-year-old made an impressive come-from-behind effort. At one point, Lee was hanging on the brink of elimination. But he survived a shootout to stay in sixth place, then hit three perfect 10.9 bullseyes and climbed all the way to gold.

Lee’s final score (254) was a world record, bettering the old one set by Sweden’s Philip Jonsson in March’s World Cup in Al Ain, United Arab Emirates. In fact, it was Jonsson who Lee had defeated in the shootout to avoid elimination.

“I thought that I was not the only one who was getting nervous,” Lee said. “Other competitors were also all in the same situation, so I tried not to think about results, but just to do what I could do at the moment.”

For the new R4 world champion Lee, this victory was his first major win since double gold at the Beijing 2008 Paralympic Games.

Another shootout was needed to decide the bronze medal finisher, after both Johnson and Jeon tied.

Johnson survived, but he still had to make up 0.6 points to catch Lee. Despite shooting better than Lee in the final shot series, it was not enough and finished with 253.6.

However, Johnson won a medal at a major international competition again after taking bronze in the R5 (10m air rifle prone SH2) at the 2014 Worlds in Suhl, Germany.

“To win any medal in shooting is hard. So to come away with silver is awesome, but it is so close to the gold as well,” Jonsson said. “I just knew that with such a high calibre of athletes in this final, and it would be so close all the time. I was 0.1 behind and 0.1 ahead, and I had to do that shootout. It was exciting.”

Bronze medal finisher Jeon left with a bittersweet taste as he could not defend the 2014 world title he won in this event.

“I got more nervous at this event,” Jeon said. “I tried not to think about my result from the 2014 World Championships, but somehow I felt a bit more nervous.”

“Actually I changed the equipment in the beginning of this year,” he added. “That’s why I had difficulties to work on my shooting positions. Even on today, it was such a challenge for me to get in the position just before the competition began. However fortunately I earned a medal, so I’m very happy.”