China and Italy put on show in Al Ain 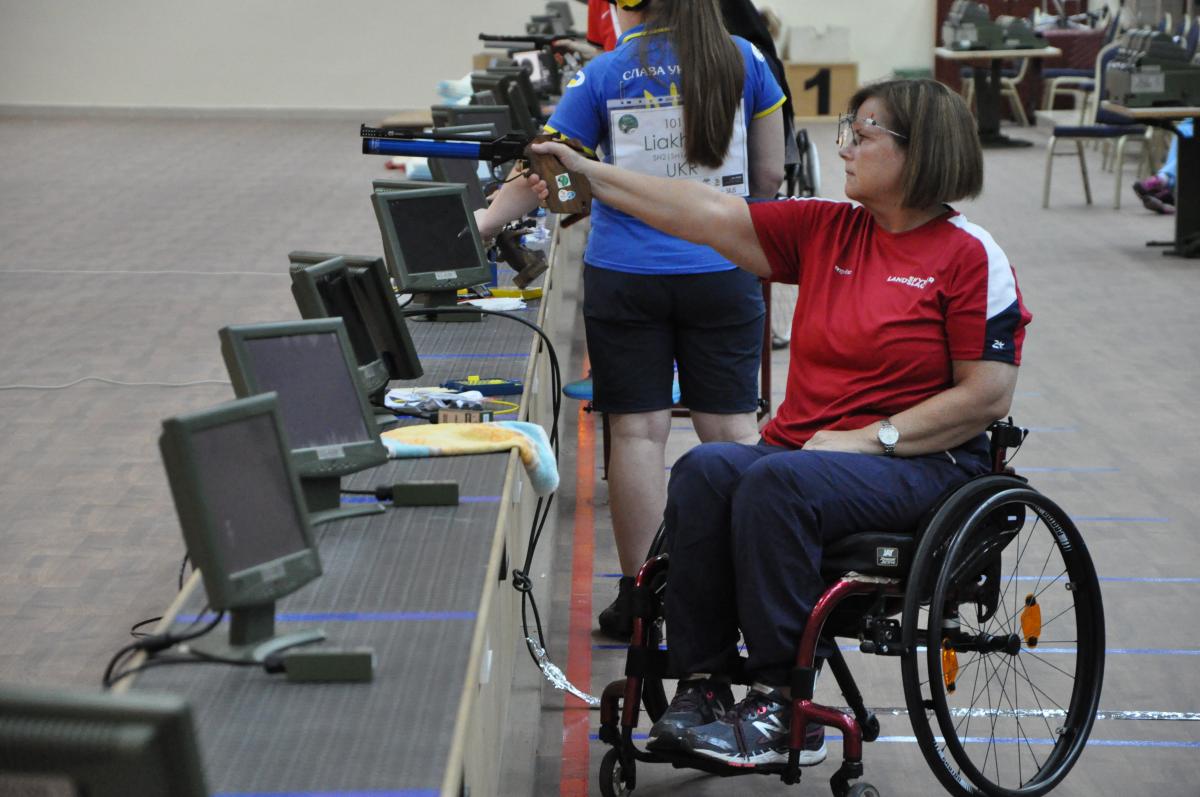 A new world record for finals was set in the R2 (10m air rifle standing women SH1). This record was set by Ukraine’s Iryna Shchetnik, who shot 248.5. This bests Slovakian star Veronika Vadovicova’s score 248.0 set in 22 September 2017. Coming in behind Shchetnik’s record performance was China’s Cuiping Zhang (247.6) and Yaping Yan (226.9). Both led Shchetnik in the first stage, but they were pulled out of the top spot in the early shots of the second stage.

Yan did redeem herself in the team play of R2. She, together with Xiaohong Bai and Zhang, helped China claim the gold medal with a team score of 1860.1. Thailand, with the help of Wannipa Leungvilai, Chutima Saenlar and Wasana Keatjaratkul, took second at 1837.8. They trailed Chinese shooters throughout every series.

The Islamic Republic of Iran’s Sareh Javanmardi’s late burst bumped her into a gold-medal performance. Javanmardi was trailing out of medal contention in the first stage, but a streak of scores of 10.1 and higher gave her a final score of 232.8 in the P2 (10m air pistol women’s SH1).

Turkey’s Aysel Ozgan (230.0) came in second behind the Iranian shooter after being unable to catch up to Javanmardi’s last few shots. Ukraine’s Iryna Liakhu (208.6) pulled away with the bronze.

Javanmardi and Iran also found great success on the P2 team side of the competition after shooting a record 1689. In addition to Javanmardi, the team was led by Samira Eram and Khadijeh Rostami. Turkey’s Ozgan, Aysegul Pehlivanlar and Mersin Kocaturk (1626) and India’s Rubina Francis, Pooja Agarwal and Sonia Sharma (1595) could not keep up the to Iran’s pace, finishing second and third, respectively.

Iran’s score will serve a new world record for P2 after a recent rule change by the International Shooting Sport Federation (ISSF). The change means P2 and R2 now shoot 60 shots. R8 is also 3x40, instead of 3x20. Consequently, previous records have been cleared in the aforementioned disciplines.

Through a break in the P5 (10m air pistol standard SH1), Ukraine’s Oleksii Denysiuk was back in top form. Denysuik consistent shooting gave her a final score of 355. Mongolia’s Ganbaatar Zandraa’s 87 on the third series was not enough, as she was knocked down to silver at 351. France’s Romain Sellemoutou Ramalingom, who was leading for the first two series, took bronze with a score of 349. She found pair of 84’s in the latter half of the competition to be ill-timed.

The Republic of Korea found success in the team side of P5. The team, with Daesu Jang, Young Bae Kim and Youngkyun Seo, almost eclipsed the 1000 mark at 999. Despite a shaky 232 start in the first series, Jang’s shooting was able to carry Korea over Brazil’s Geraldo Rosenthal, Eloisa Fernandes Miranda and Ricardo Costa (990) and the Ukraine’s Denysiuk, Iryna Liakhu and Andriy Zakhvatayev (989).

The final standings were flip-flopped in the team side of R9, as Cockbill and compatriots Tim Jeffery and James Bevis (1849.4) took gold for Great Britain. Thailand’s Anuson Chaichamnam, Chatchai Senachan and Dutsara Thongdee (1835.9) pulled away with the silver, and Ukraine’s Vitalii Plakushchyi, Vasyl Kovalchuk and Ihor Ivanitsa (1832.5) came in third.

After a break in the action in PT2 (Lower Limb), a quad of Italians has also held strong in the PT2 (lower limb) through round three. Raffaele Talamo (67), Alessandro Spagnoli (65) and Saverio Cuciti (64) round out the top three positions. Compatriot Massimo Lanza (62) is in fourth.

Italy is filling in two of podium spots in PT3 (upper limb). Italy´s Francesco Nespeca (60) is ahead and Paolo Bortolin (56) is in third, sandwiching Great Britain's Mike Drever (58) in the silver spot.

The action concludes on Sunday (25 March) with 50 more shots in qualification and the finals competition.