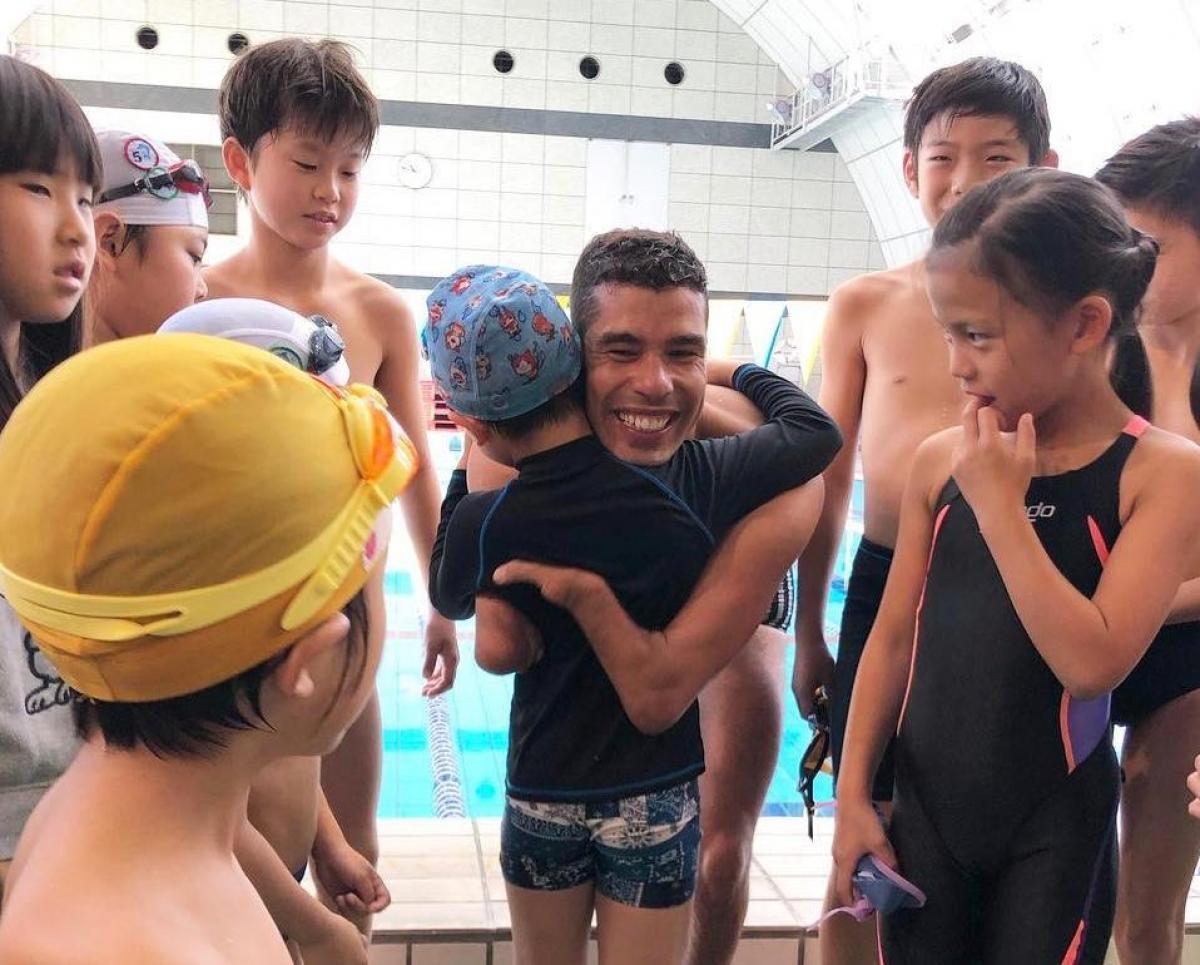 The 14-time Paralympic champion was invited by Japan’s TV broadcaster WOWOW, which produces the series “Who I Am” following some of the world’s best Para athletes at the pinnacle of their careers.

“I had the greatest time in Tokyo. Such a lovely country. Everything is so organised, that I am sure the Japanese will deliver the best Games ever,” said Dias, who also visited the Panasonic Centre.

“I visited the [Games] swimming pool and even though it is still under construction I felt goose bumps already! I confess that I am pretty excited about the Games! I will go back to Brazil with an extra motivation to train. Can’t wait to come back and compete,” he added.

Dias is Brazil’s most decorated Paralympian ever. At the latest edition of the Paralympic Games on home soil in Rio de Janeiro, the 30-year-old won four golds, three silvers and two bronze to take his overall medal tally to 24. He hopes to add some more at Tokyo 2020.

The Australian delivered an outstanding performance at Rio 2016, winning two golds, three silvers and one bronze.

The next challenge for both Paralympic winners will be the 2019 World Series which kicks off in Cole’s hometown Melbourne from 15-17 February.