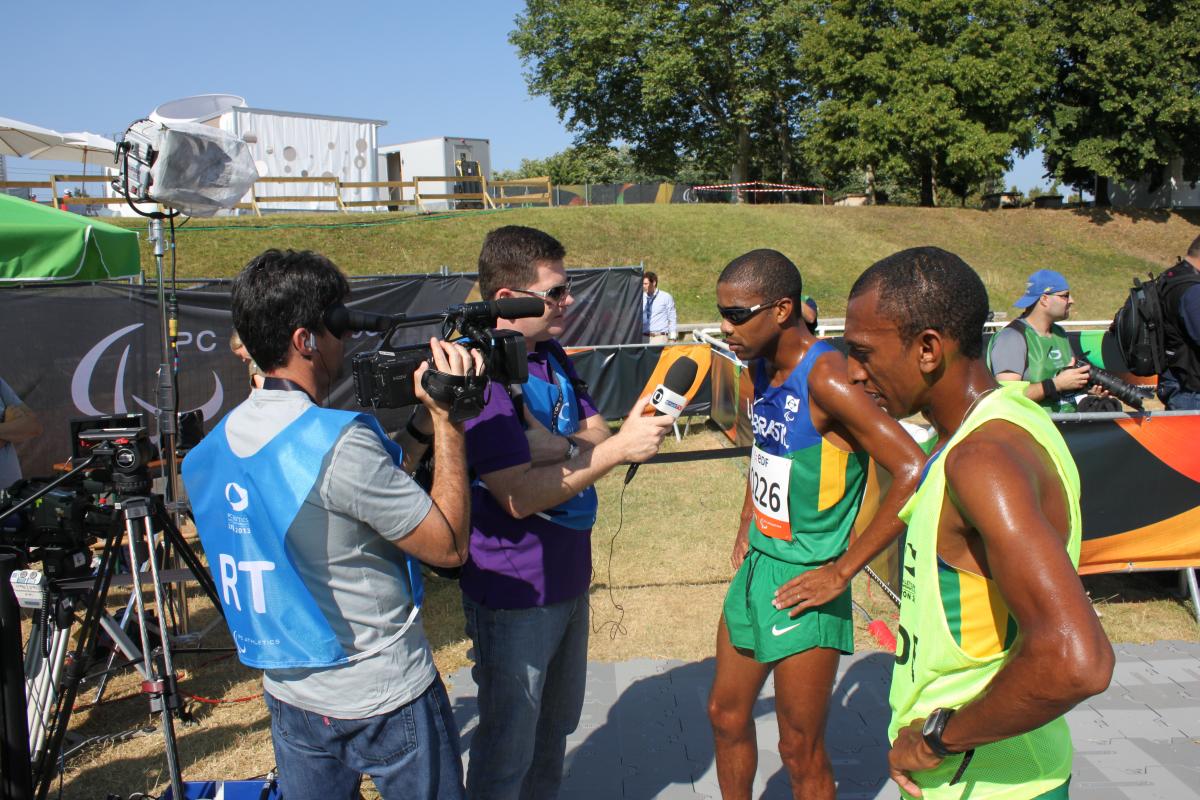 Odair Santos speaks to the media after winning the 5,000m T11 world title in Lyon.

Brazil’s Odair Santos claimed the first gold medal on the track at the IPC Athletics World Championships on Saturday 20 July in fine style, dominating the men’s 5,000m T11 from start to finish as the sun blazed down on the Stade du Rhone in Lyon, France.

The 32-year-old took an early lead and never looked threatened as he pulled away from the field to successfully defend the title he won in New Zealand two years ago, clocking 15:33.37 minutes. Chile’s Paralympic champion Cristian Valenzuela took silver with Portugal’s Nuno Alves winning bronze.

“I feel really happy, I did a very great run. I cannot wait to receive the gold medal,” said a delighted Santos just after his race. “I felt confident and I thank my guide very much.”

Next up was the men’s 5,000m T12, and Morocco’s Paralympic champion El Amin Chentouf added the world title to his medal tally with a dazzling display on the track. Racing hard from the gun, the world record holder quickly established a substantial lead and crossed the line with a new championship record of 14:32.27 minutes.

"I was feeling confident about the win, but I had to confirm my status and to win the gold medal,” said Chentouf. "It is a good way to prepare for the 10,000m and the marathon. I postponed Ramadan to be competitive. I dedicate this victory to my son and country. The excellent time is a bonus."

The men’s 5,000m T46 was a more closely run affair, but it was Samir Nouioua of Algeria who held off a spirited challenge by Brazil’s Alex Pires in the final 250m to sprint home to victory. Pires took silver with early leader Michael Roeger of Australia claiming bronze.

In the men’s 200m T11 heats, there were no surprises as Brazil’s reigning world champion Lucas Prado and 2011 world silver medallist Daniel Silva each won their heats with ease.

But there was a nervous wait for their compatriot, Paralympic champion Felipe Gomes, who finished third in his heat behind Ananias Shikongo, as the Namibian sped home with a new championship record of 22.67 seconds. Fortunately for Gomes, his heat proved to be the fastest, and he progressed to this afternoon’s semi-final alongside the USA’s David Brown, Venezuela’s Jesus Diaz, and Frenchman Gauthier Makunda.

Poland’s world and Paralympic 200m T12 champion Mateusz Michalski gave an indication of the sort of form he is enjoying as he led the qualifiers in the men’s 200m T12 semi-finals, clocking 21.85 seconds to progress to the final on Sunday 21 July alongside Spain’s Maximilliano Rodriguez Magi and Russians Fedor Trikolich and Artem Loginov.

Out in the field, men’s shot put F12 gold went to Ukraine’s Paralympic champion Andrii Holivets, who threw a best of 15.52m to finish more than 80cm ahead of the 2011 world champion Vladimir Andryushchenko and his fellow Russian Sergei Shatalov, who took bronze.

Ukraine picked up their second gold medal of the day courtesy of Andriy Onufriyenko in the men’s long jump T37/38, who managed 5.95m (936 points) in his fifth jump, whilst Chermen Kobesov saved his best until last, registering a personal best of 5.92m (929) in his sixth attempt to take silver home to Russia. Bronze was won by South Africa’s Andrea Dalle Ave.

The discus F11/12 final was the only women’s event in the opening session. Gold went to Russia’s Sofia Oksem, who managed a best of 40.80m (930 points), whilst China’s Llangmin Zhang had to settle for World Championship silver once again. Bronze went to Croatia’s Marija Ivekovic Mestrovic. 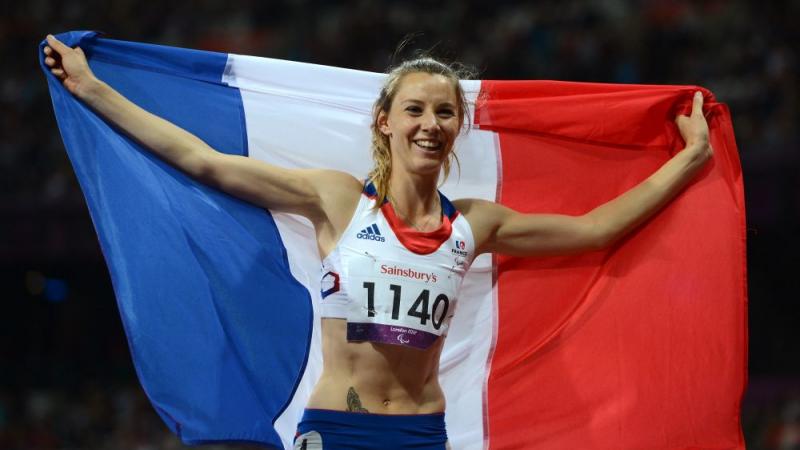 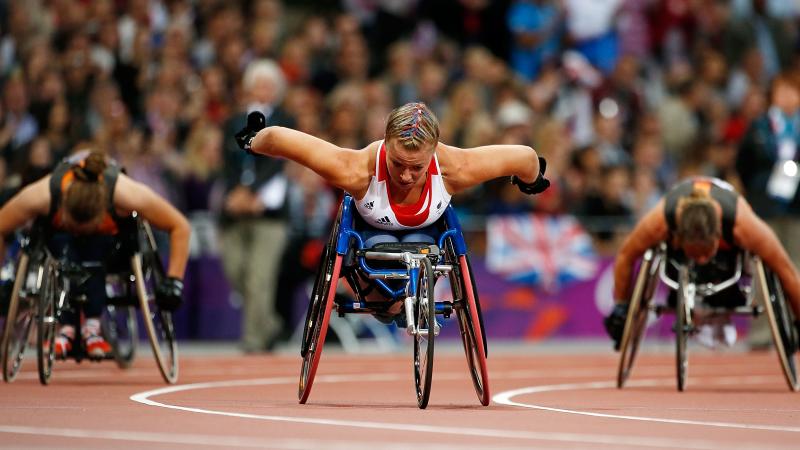