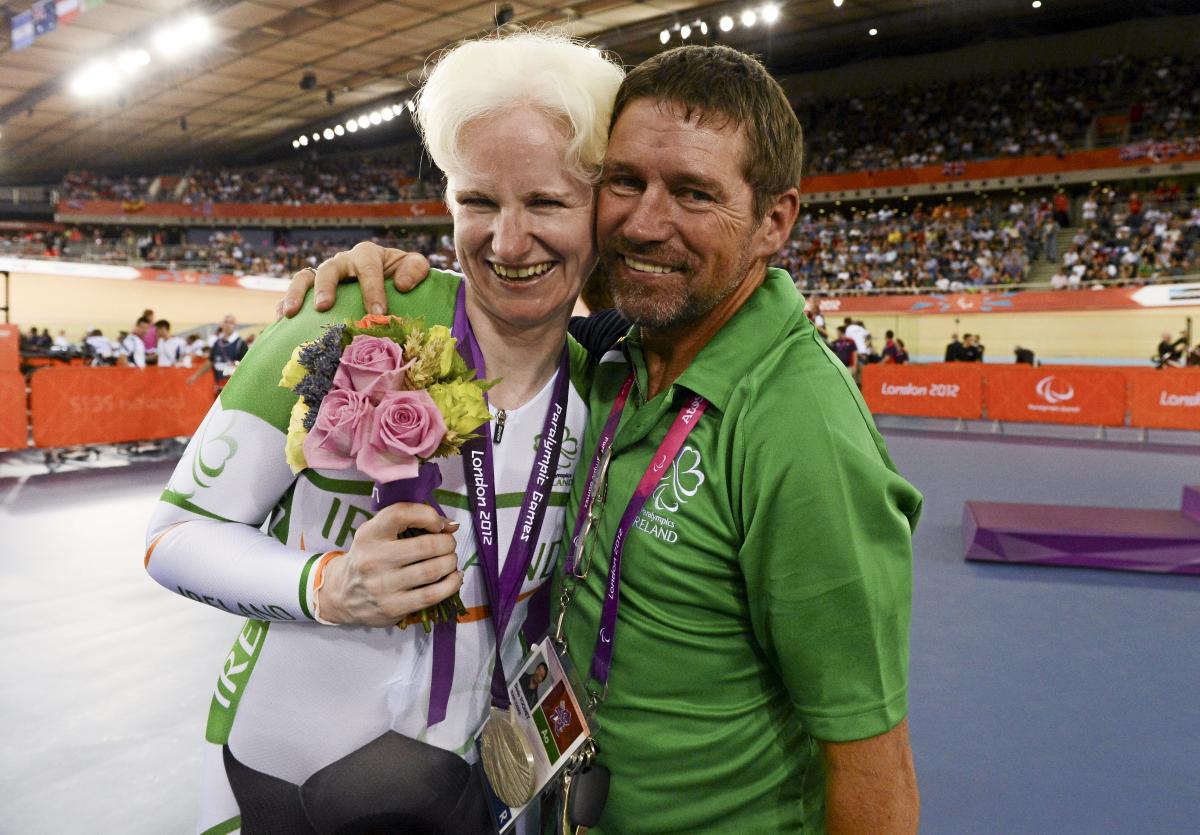 “On behalf of the Board and staff of Paralympics Ireland we congratulate Denis on his appointment to this key role on our journey to the Paralympic Games. On a personal note I’m delighted to be handing over the baton from the London Games and look forward to supporting Denis in any way I can over the coming two years."

Paralympics Ireland has announced Denis Toomey as Chef de Mission for the Irish Paralympic team for the Rio 2016 Paralympic Games.

The Cork man, who is currently President of Cycling Ireland, was appointed by the Board of Directors of Paralympics Ireland. The Chef de Mission is responsible for leading the team, and overseeing the operational preparation and participation of Team Ireland at the Rio 2016 Paralympic Games.

Commenting on the news, Toomey said: “I’m so proud and honoured to have been appointed to lead the Irish team for the next Paralympic Games in 2016. I’m really looking forward to the challenge ahead and excited about supporting the athletes and staff in preparation and qualification for Rio, and of course at the Games.”

Having piloted a tandem for blind cyclist coast to coast across the USA in 2000, as part of a team led by Irish cycling legend Sean Kelly, Toomey founded Tandem Cycling Ireland and has been the driving force behind Irish para-cycling ever since. Ireland’s first ever para-cycling squad competed in the IPC Road World Championships in Germany in 2001 where Toomey was pilot for one of the two tandems competing.

In 2004 the Midleton Cycling Club man was selected as a tandem pilot for Ireland’s first Paralympic Games cycling qualifier; visually impaired athlete Mark Kehoe, at the Athens Games. In 2005 he became chair of Cycling Ireland’s para-cycling commission. He was also appointed manager of the Irish para-cycling team which qualified four bikes for the Beijing Paralympic Games where Ireland had three top five finishes, setting seven Irish records in the process.

With coach Brian Nugent he spearheaded Ireland qualifying a record seven bikes for the London 2012 Paralympic Games and winning the country’s first ever cycling gold medal at Olympic or Paralympic level when Mark Rohan won gold in the time trial in London. The para-cycling team came home with two gold, two bronze and a silver from London 2012.

Toomey was elected to the board of Cycling Ireland at their 2012 AGM and stepped down as para-cycling team manager at the end of that year. He was the recipient of the award for outstanding non-athlete member of the Irish Paralympic team at the inaugural 2012 Irish Paralympic awards. In 2013 he was inducted into Cycling Ireland’s Hall of Fame, and at their 2013 AGM won the vote to become President of the organisation.

Liam Harbison, Chief Executive of Paralympics Ireland stated: “On behalf of the Board and staff of Paralympics Ireland we congratulate Denis on his appointment to this key role on our journey to the Paralympic Games. On a personal note I’m delighted to be handing over the baton from the London Games and look forward to supporting Denis in any way I can over the coming two years.

“Rio 2016 will present many new challenges with the ever increasing standards of Paralympic sport and the number of nations competing. Coupled with cultural and climatic differences, the 2016 Games will be very difficult for the Irish Paralympic Team to achieve our target of a Top 30 place on the medals table. Our focus is now on supporting the athletes, coaches and support staff across all sports secure qualification for the Games through 2015 and the early part of 2016.”