Didukh recovers from cancer to lead Ukraine to Paralympic glory

The former ITTF World Tour player has his leg amputated after cancer diagnosis in 2008. 17 Sep 2016
Imagen 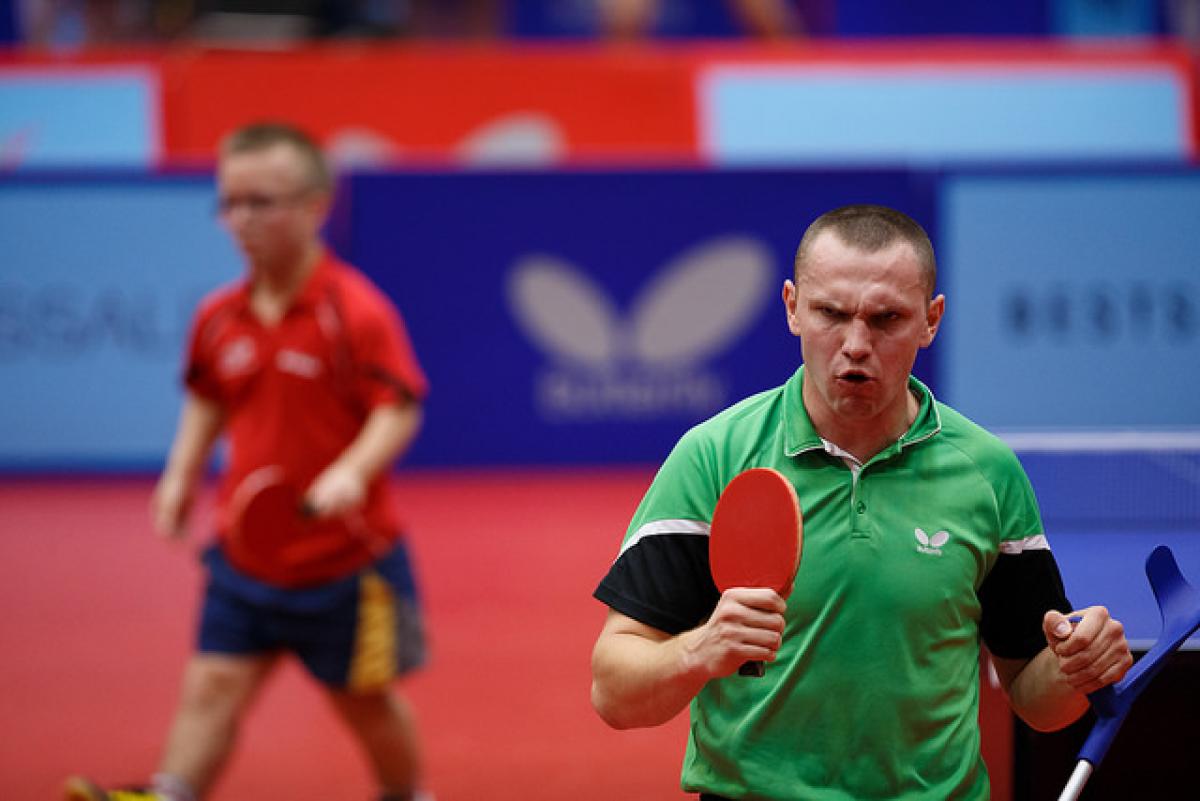 Playing surprise finalist Sweden in the fight for a Paralympic gold medal, Didukh paired up with teammate Maxym Nikolenko to overcome Swedish duo of Linus Karlsson and Emil Andersson 3-2, before defeating Karslsson 3-0 in the singles match to secure a final 2-0 victory to claim the team gold.

Suffering an early defeat in the singles event, the Class 8 world number one said: "I was disappointed after the singles. I thought against Sweden that it was a fifty-fifty match as they had beaten China the day before. I really did not believe that we would beat them, their win against China was a surprise."

Prior to being diagnosed with cancer in 2008 that necessitated amputation of his left leg, Didukh was an active able bodied athlete representing Ukraine on the ITTF World Tour. Making his return to international table tennis scene in September 2013, Didukh made good use of his experience on the World Tour to claim Gold at the 2014 World Para Championships and rose to the top spot in class 8.

Didukh's elder brother Oleksandr, who is still actively playing on the ITTF World Tour, is also here in Rio to support his younger brother as the coach of the Ukrainian Para team.

"I cannot tell you how much I owe him (Oleksandr), I owe him everything," stated the newly crowned Paralympic Champion. "He deserves the medal!"

In the men's team class 4-5 event, the Korean team continued their winning form against Chinese Taipei to win 2-1 and clinch the title. The Koreans, who were the Silver medallists at the London 2012, had taken their revenge to knock out China, the defending Champions, earlier in the semi-finals round.

China who is also the reigning World Team Champions in class 5, was further denied a bronze medal in Rio after losing 2-1 to Turkey in the class 4-5 bronze medal match.

Missing out on a medal finish in both the men's team class 4-5 event and the class 6-8 event where they lost to Great Britain in the bronze medal match, the Chinese team was in unbeatable form in both the women's class 1-3 and the men's class 3 event.

The Chinese women's team boasted two champions and 1 silver medallist from the singles event here in Rio, beat Team Croatia in 2-0 to defend their title from London.

The men's team class 3 gold medal match was a rematch of the London 2012 final, where China met Germany in a full distanced thriller. History repeated itself as China's Zhai Xiang came back from 0-2 games down in the deciding match against Thomas Bruchle to win 3-2 and seal the deal for his team.