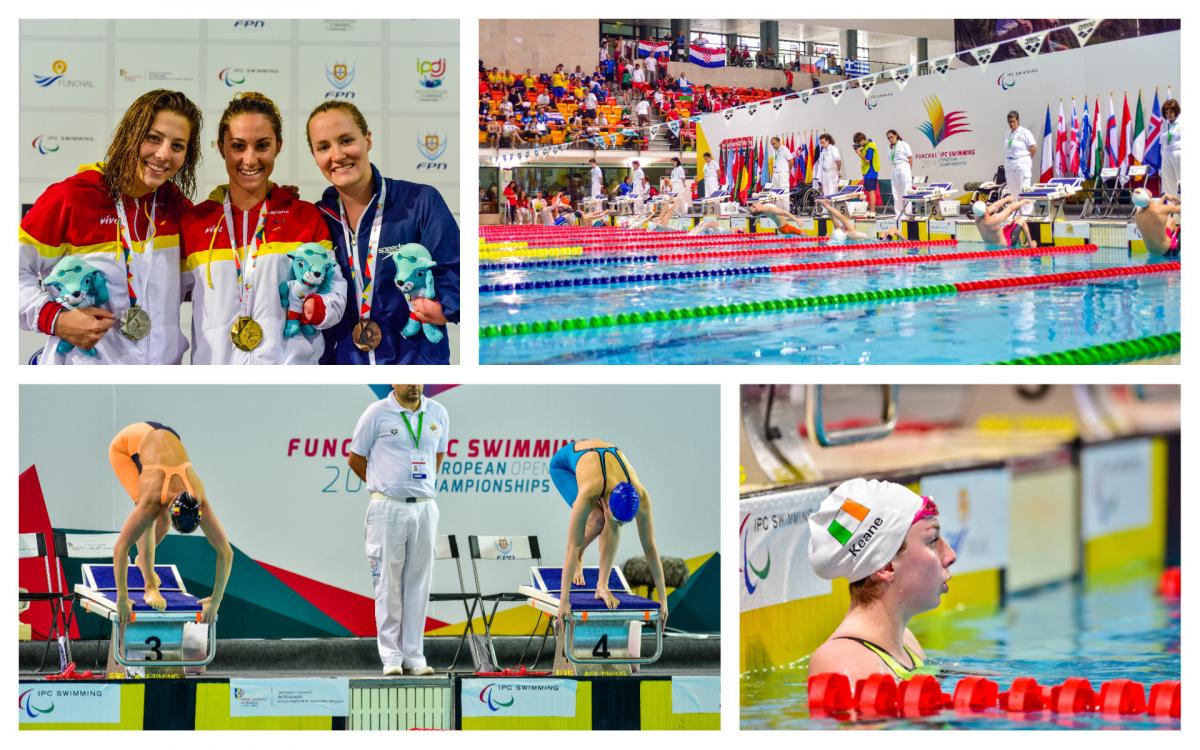 Dublin will be following in the footsteps of Funchal, which hosted the last swimming Euros in 2016.

"With multiple Paralympic, world and defending European champions in action, the public will be treated to the very best of what Para swimming has to offer.”

Ireland will stage a major Para sport event for the first time ever as Paralympics Ireland, together with its partners Swim Ireland, Fáilte Ireland and Sport Ireland, announced Dublin as host city for the 2018 World Para Swimming European Championships, set to take place from 13-19 August.

The event will attract many of the world´s leading Para swimmers, with more than 500 athletes from 40 countries expected to compete. It will be the biggest competition to be held at the National Aquatic Centre in 15 years.

Speaking at the announcement, newly appointed Minister for State at the Department of Tourism, Transport and Sport Brendan Griffin said: “The Government is delighted that this event is coming to Dublin, and the National Sports Campus in particular.

“Ireland has a rich and proud tradition in Para swimming with many medallists down through the years, yet the Irish public have never before had the opportunity to experience a major Para Sport Championships.

“Many of the current Irish swimmers train daily in this fine facility so to be able to bring such an important event to their home pool is very special, and I’m confident the public will support this event in great numbers.”

International Paralympic Committee (IPC) President Sir Philip Craven said: “We are greatly excited to be staging this event in Dublin and would like to thank the Organising Committee and all delivery partners for their enthusiasm so far.

“The Championships will be the largest Para sport event ever to be held in Ireland and I am confident that with multiple Paralympic, world and defending European champions in action, the public will be treated to the very best of what Para swimming has to offer.”

Following the success of the Irish team at the London 2012 Paralympic Games, where they won eight golds, three silvers and five bronze, Paralympics Ireland was determined to find a way to maintain the increased public awareness, commercial support and media engagement generated at that time. Hosting a major Para sport competition for the very first time in Ireland, right at the midpoint between the Rio 2016 and Tokyo 2020 Paralympics was seen as the ideal solution.

CEO of Paralympics Ireland and Chairperson of the Organising Committee Miriam Malone added: “We firmly believe true understanding and appreciation of the elite athletic nature of Paralympic athletes can only be realised by witnessing the sport live.

“Irish Paralympic athletes have been competing and achieving consistently all over the world for many years. We are incredibly excited and extremely proud that now we can bring them home and provide the opportunity for a supportive Irish public to see for themselves their talent and that of their European counterparts.”

Three-time Paralympian and Rio 2016 bronze medallist Ellen Keane spoke of what this means to her and the team: “To think that we will have the chance to show our families, friends and the public just what we have dedicated our lives to is so very special.

“Representing Ireland on the international stage is a tremendous honour and to do so in front of a home crowd is what we all dream of. We are so excited to showcase elite Para sport to the country and provide this platform to grow the sport of Para swimming in Ireland, and hopefully build a precious legacy towards Tokyo and beyond.”

The first World Para Swimming European Championships were held in Reykjavik, Iceland, in 2009. Berlin, Germany, staged the second in 2011, followed by Eindhoven, the Netherlands, in 2014, and Funchal, Portugal, in 2016, with an ever-growing number of athletes and counties competing.